Melania Trump is a model, social activist, businesswomen who have an estimated net worth of $50 million. She is the current First Lady of the United States of America being the wife of President Donald Trump who was elected back in 2016. Donald Trump has a net worth of around $3.1 billion. He earns $4,00,000 per year as a salary as a president. 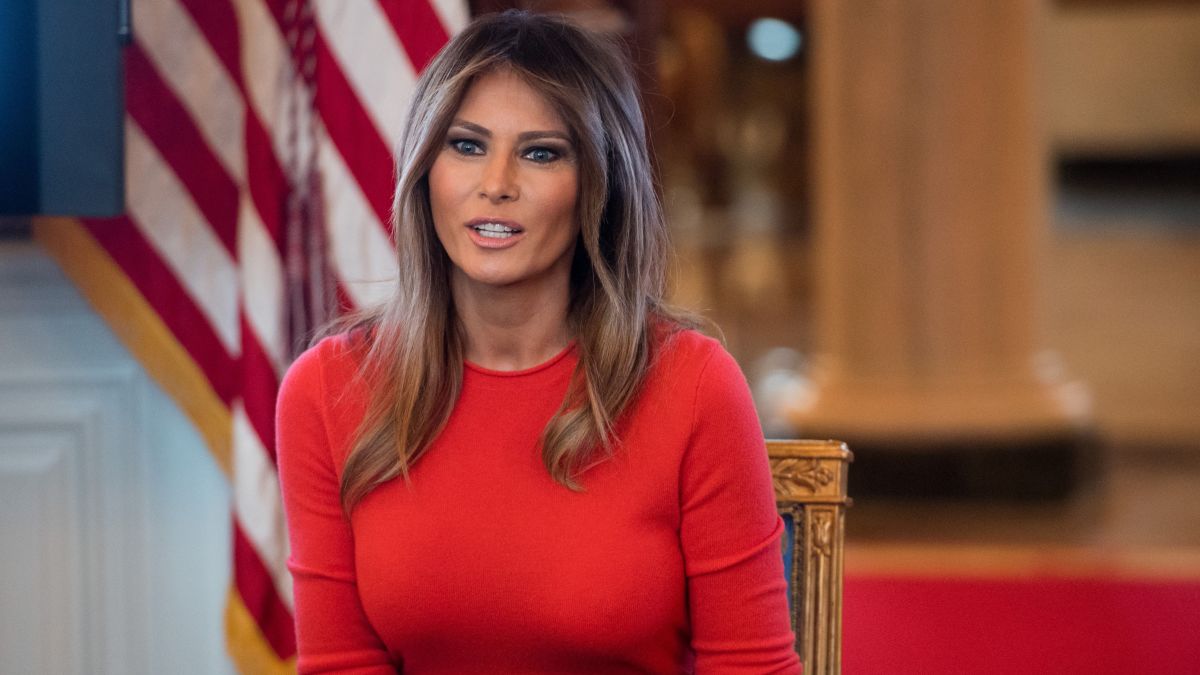 Although, Melania is an acting first lady she does not get paid for that. She has collected her fortune herself through her personal jewelry company and as a model. Nowadays, She is focusing more as a mother than her career.

How was the Early Life and Education of first lady Melania Trump?

Melania Trump was born on 26 April 1970 in Novo Mesto, Slovenia. Her parents were Viktor Knavs who was a manager at the auto store and Amalija who worked in a clothing factory as a pattern maker. She has an older sister Ines an artist and an older half-brother from her father’s previous wife but hasn’t met him yet. She moved with her family to Sevnica while she was a teenager. In 1985, she left Sevnica and started attending School of Design and Photography in Ljubljana. From there she was accepted to a fashion course for models as she was noticed by photographer Stane Jerko in 1987. By the time she was 16, she already started commercial works. She went to the University of Ljubljana and studied architecture and design but dropped out just in a year with an intention to pursue her career. 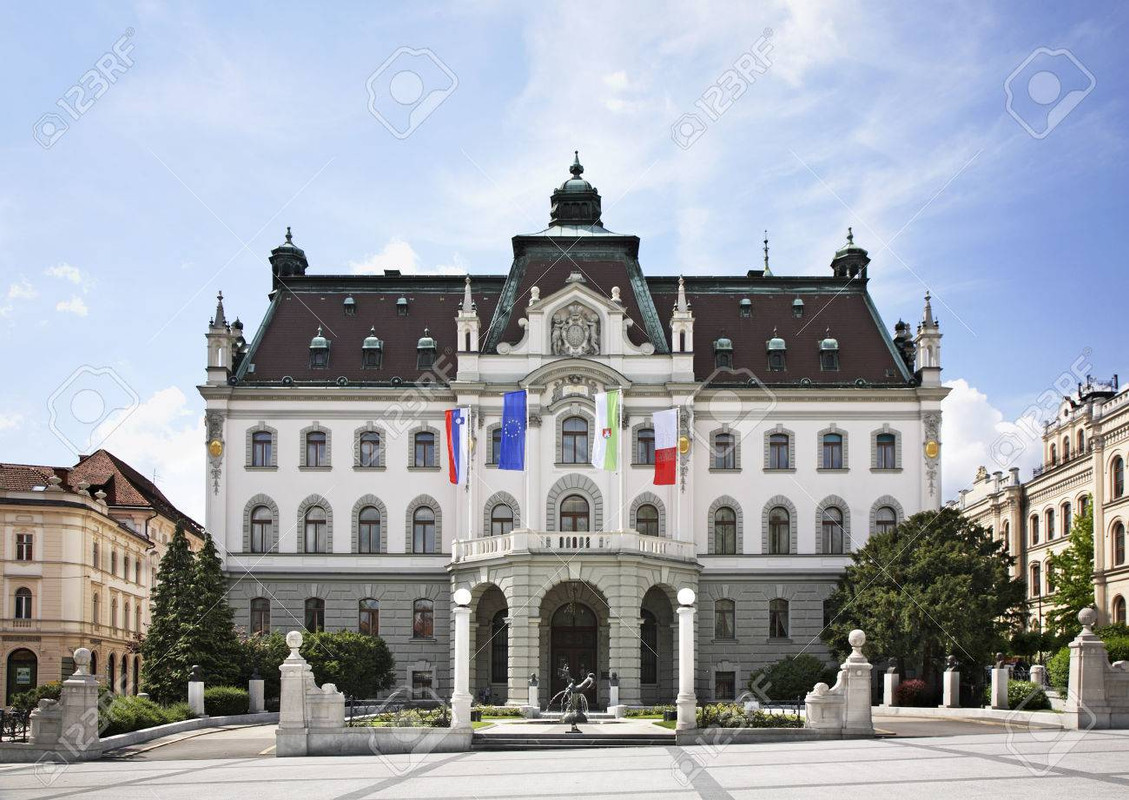 Know about Career progression and company of Melania Trump

Melania started her professional modeling career at the age of 18, by signing with Modeling agency based in Milan, Italy. With her progression in the field, she moved to Manhattan, NewYork in 1996. She Germanized her name to Melania Knauss later on making success in international modeling. During her modeling career, she has worked with popular photographers in the industry like Arthur Elgort, Mario Testino, and Peter Arnell. She also made appearances in magazines like Harper’s Bazaar, Vogue, New York Magazine and British GQ. 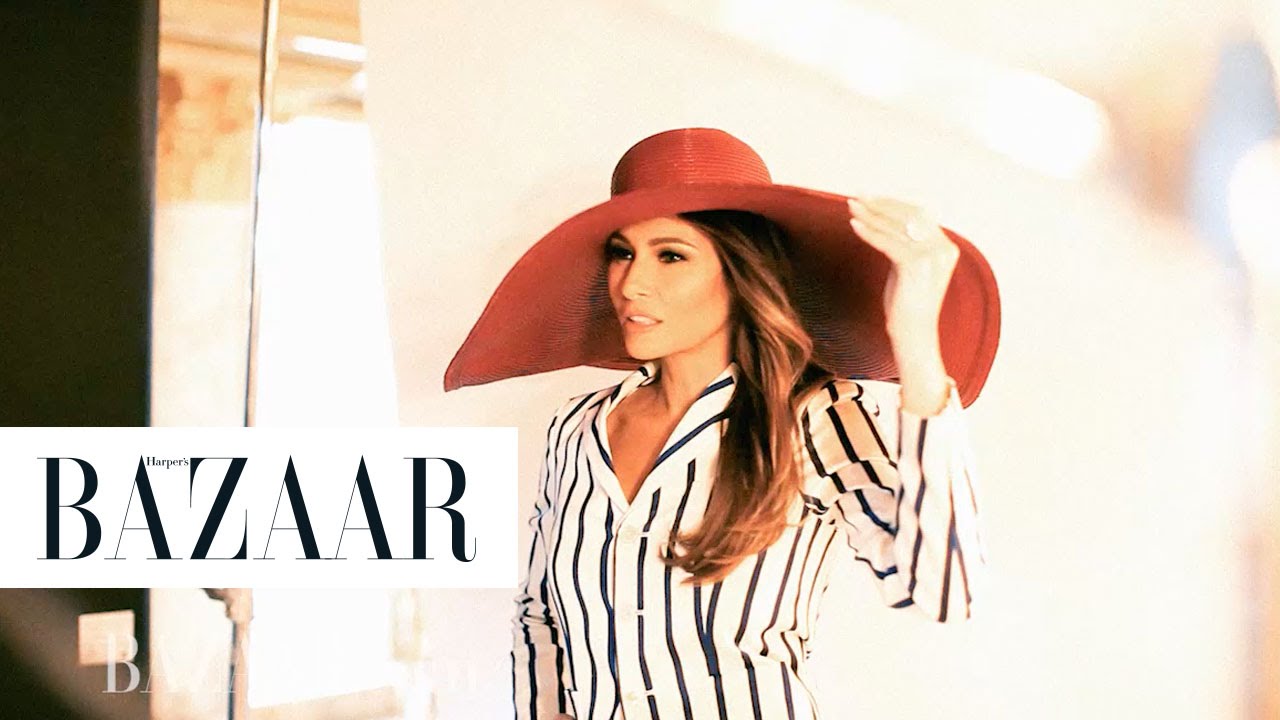 She also made a brief Cameo in 2001’s movie Zoolander and made an appearance on her boyfriend at that time Donald Trump’s show called “The Apprentice” from 2004 to 2014.
With her successful married life with the current president of US. Donald Trump, In 2010, Melina Launched her line of Jewelry called Melania Timepieces and Jewelry at QVC broadcast network. Her company’s items ranged price from $30 to $200 which were designed by herself. 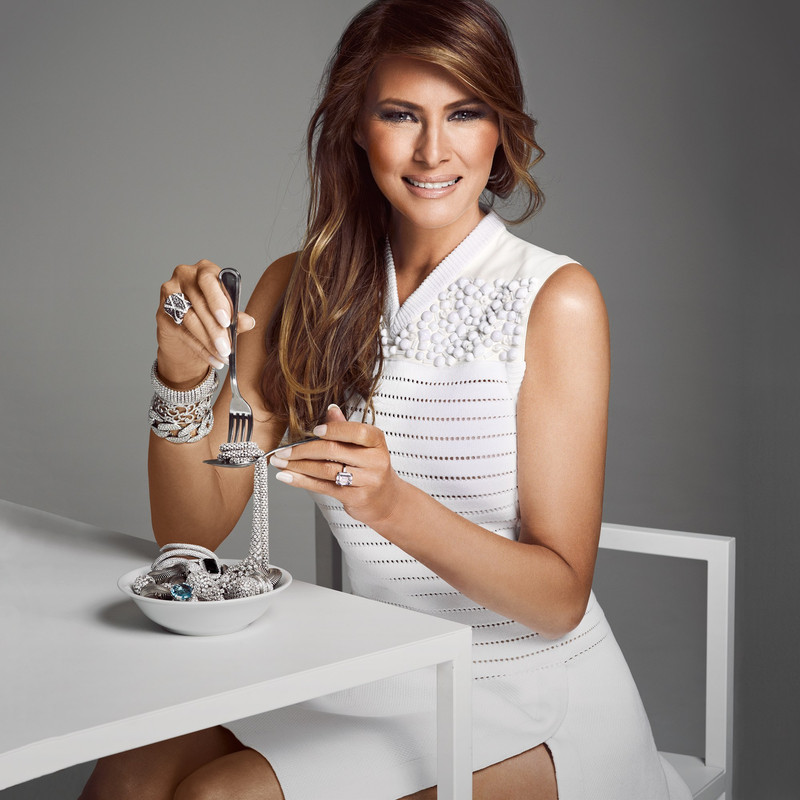 Two years later in 2012, She signed a licensing agreement with skincare products of Caviar called Melania by Melania Trump which was sold in high-end departmental stores. Unfortunately, this didn’t go well for her as she has to face business troubles which were beyond her control. Her investors and sponsors splitted. 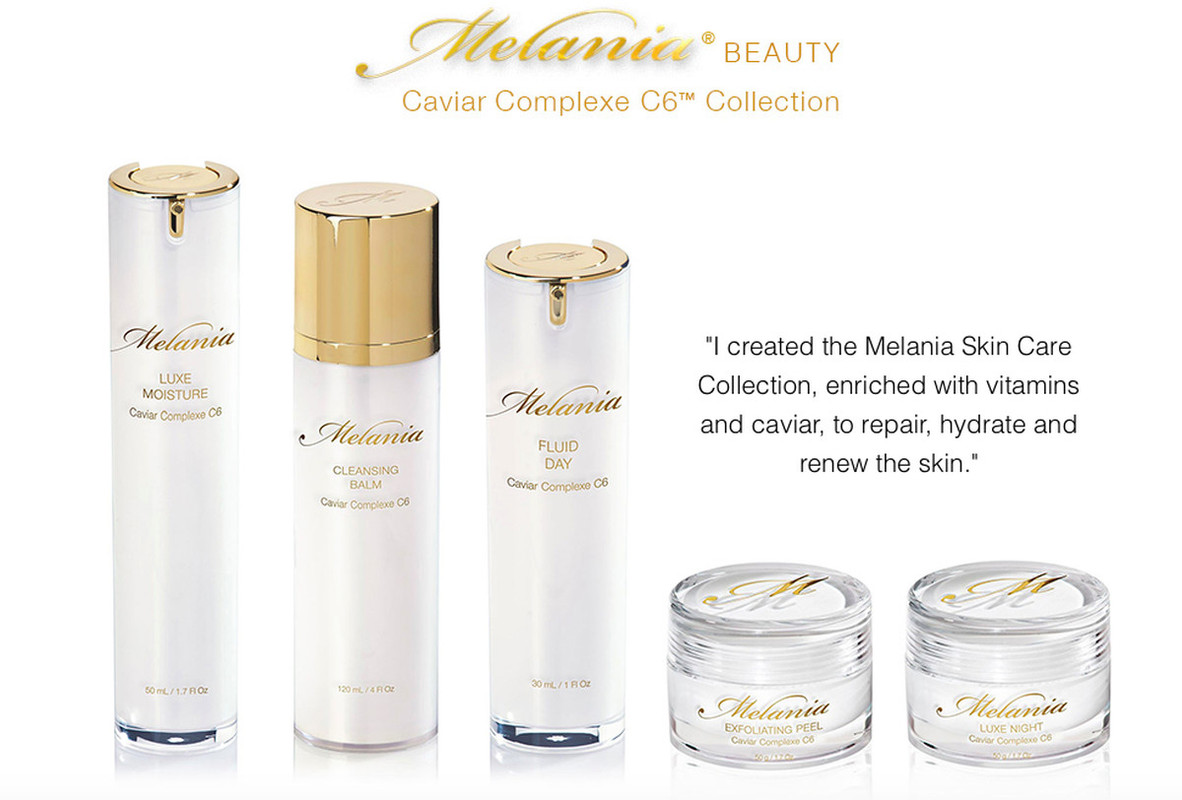 How Donald Trump and Melania got into a romantic relationship?

Melania met Donald Trump in 1998 at a NewYork Fashion Week Party. Donald was married at that time. Meliana was approached by Donald Trump asking for her phone number and she ended up giving her phone number instead. They split up in 2000.
Melina received her permanent residence for the United States in 2001 and finally obtained U.S. citizenship in 2006.
In 2004, Donald Trump purposed Melania on the night of Costume Institute Gala. The couple was finally married in 2005. A lavish wedding was attended by famous Hollywood celebrities like Simon Cowell, Heidi Klum, Shaquille O’Neal, Billy Joel and Anna Wintour. At the wedding, She wore a dress worth $200,000 designed by Christian Dior.

In 2016, She became the first lady of U.S. after her husband Donald Trump became the president of United States of America 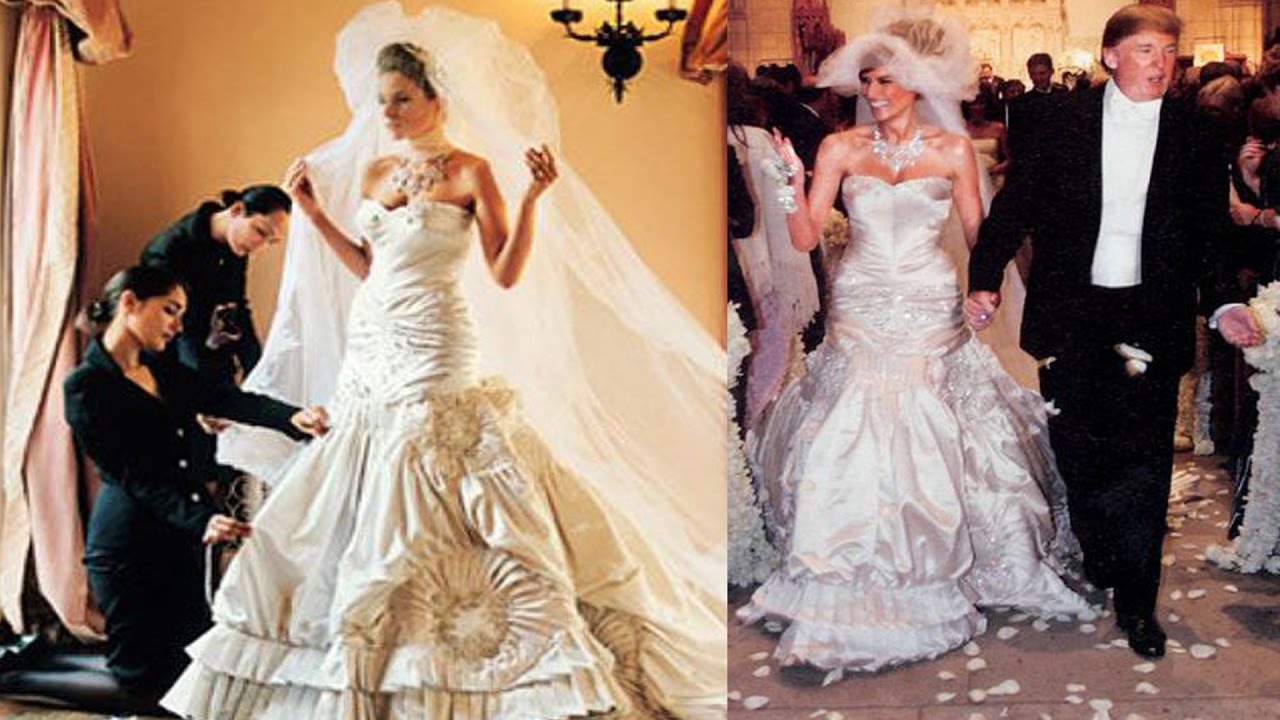 The couple welcomed their son Barron Trump in 2006 by which Meliana is busy currently taking care of their only son. 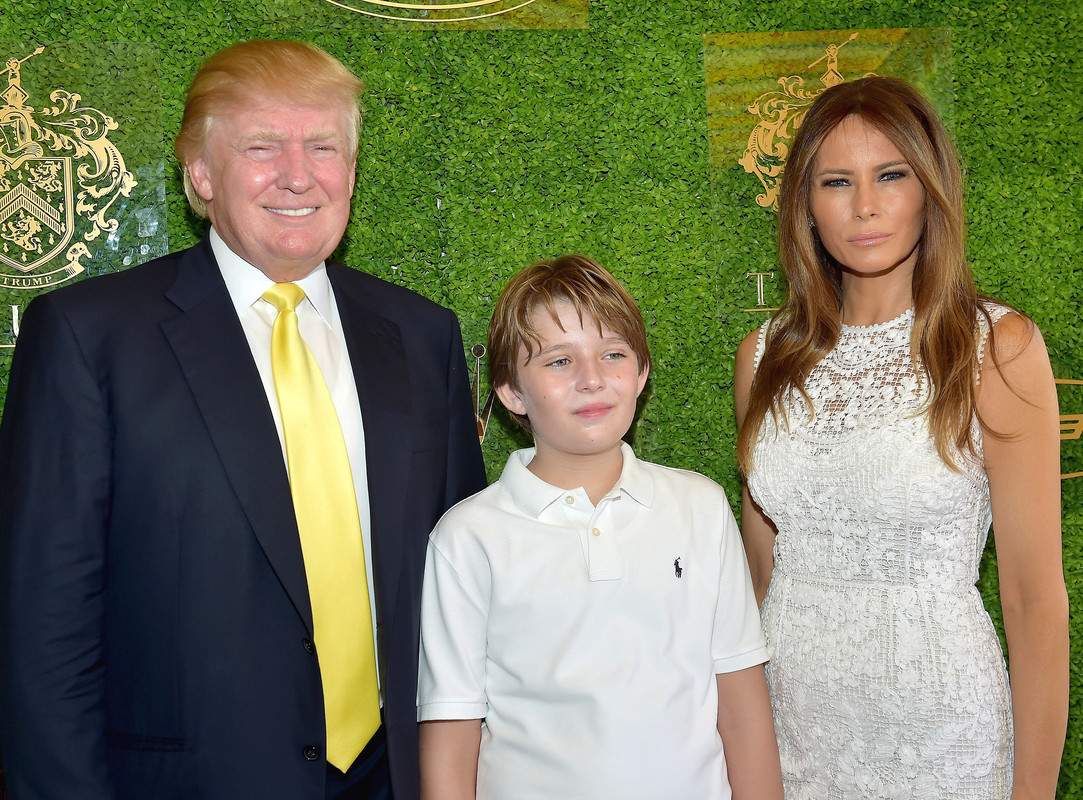 Melania claims she can speak 6 different languages. As per the report by CNN, She can speak Slovenian, French, German, Italian, Serbian and English.

Know about Melina’s lawsuit against The Daily Mail

Melania was involved in a lawsuit against The Daily Mail where she filed the suit for negative allegations that she worked as an escort during her modeling career. She denies the allegations and argues, that prevented her business opportunities. She also states she could have launched an international commercial brand in multiple product categories. On February 2017, the case was dismissed by a Judge but Melania re-filed a case seeking $150 million in damages and eventually, Melania was granted $2.9 million as a settlement. 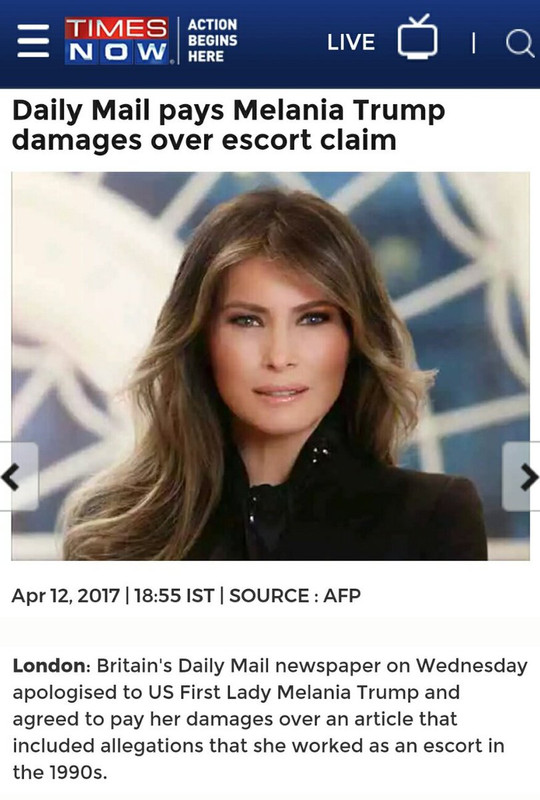 As a First Lady, Melania is the spokesperson for anti-bullying. She is against it and wants to stop the school bullying. According to her choosing compassion and kindness is most important.
She is noticed getting involved in numerous charities which include the American Red Cross, Martha Graham Dance Company, and Police Athletic League. She has hosted a variety of events like Annual White House Easter Egg Roll and Annual Governor’s Ball at the white house. She was also spotted giving a speech about the importance of education on International Women’s Day. 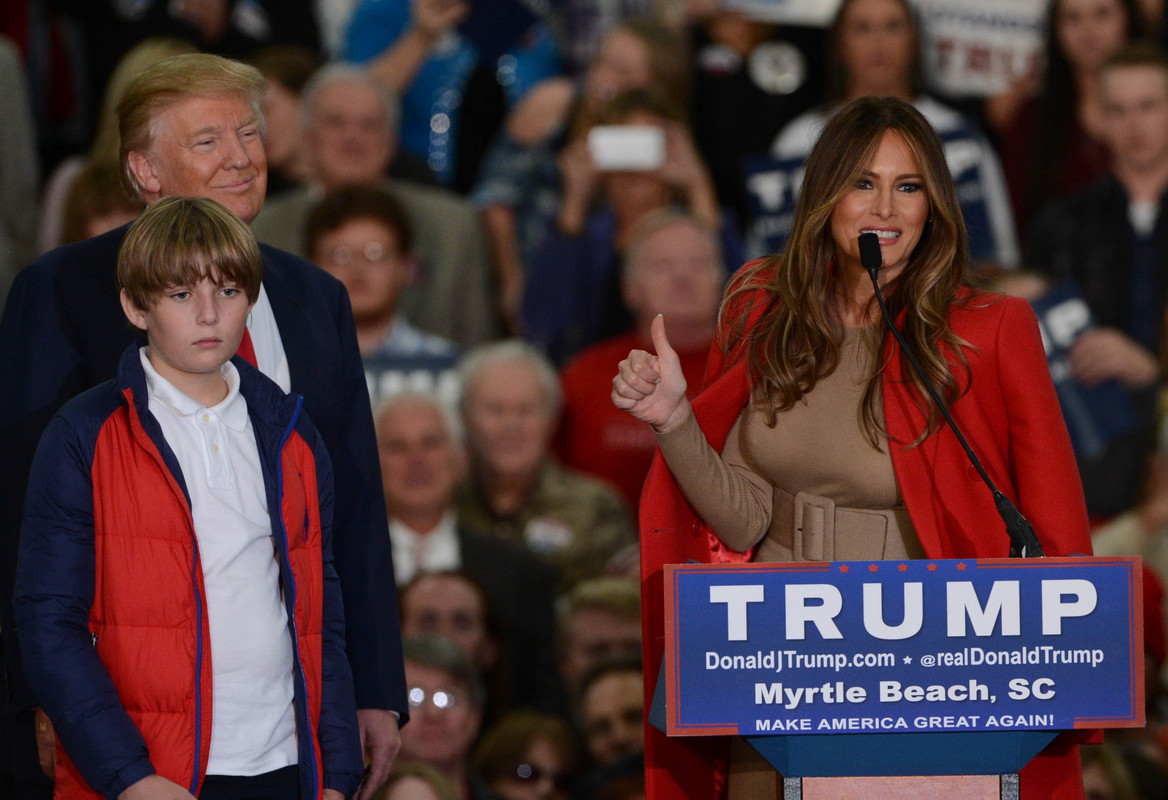