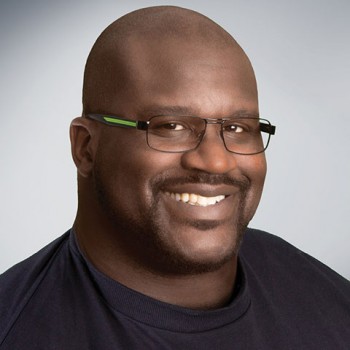 Facts of Shaquille O’Neal’s net worth

Shaquille O’Neal serve himself as former, retired professional basketball player followed by Musician, Actor, Businessman and Investor. The 7 feet giant has the estimated net worth of $350 million while the major credit for his enormous net worth goes to his 19 years NBA career and other several endeavors.

O’Neal who is regarded as one of the most dominant centers has been associated with number of teams in his 19 years career. While he has earned overall $292 million from his playing career. Coming to rise from the year 1996, Orlando, he moved to Los Angeles for $120 million deal. Along with other players, O’Neal with such huge money won the NBA championship for three consecutive years (2000 to 2002). After spending almost half of his career in Lakers, he was later traded to Miami Heat in 2004 and led the team to win the national championship in 2006. With the growing age, O’Neal somehow fail to shine and as a result, he was again traded to Cleveland Cavaliers in 2009.

Shaquille has been active in both inside and outside the court. Despite of having successful career, he engaged himself in number of fields including Music, Movie and TV works. O’Neal debut his studio album Shaq Diesel in 1993 which went platinum. Till now, he has already released four more studio albums but it didn’t went well as he expected. Besides, he has appeared in number of movies including Blue Chips, Kazaam, After the Sunset, Scary Movie 4, The House Bunny, The Smurfs 2, Grown Ups 2, The Tracy Morgan Show, Fresh Off the Boat and many more. In the contrary, he currently hold the position of analyst on Inside the NBA.

The big man got married with Shaunie Nelso on the date December 26, 2002. The pair share four children with each other namely, Shareef, Amirah, Shaqir and Me’arah. Likewise, Shaunie has one son from her past relationship while, O’Neal also has one daughter from his ex-girlfriend Ametta Yarbourgh. With some troubled married life, O’Neal filled divorce from Shaunie and later it was withdrawn. But again in 2009, the pair decided to split up. According to recent gossip, Shaquille was found to be dating with reality TV star Nicole “Hoopz” Alexander in 2010. While the couple move ahead with their own lives in 2012.