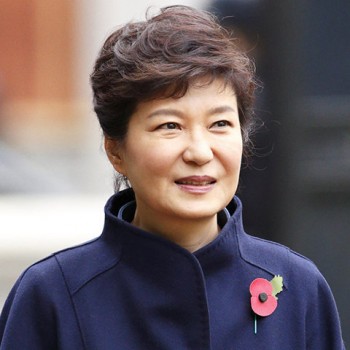 Facts of Park Geun-hye’s net worth

Park Geun-Hye is a South Korean politician/author who recently served as the 11th President of South Korea. She has an estimated net worth of $7 million. As the president, she received around $15,000/month in salary from 2013 to 2017. In 2017, the Seoul district court issued a warrant to arrest Samsung Vice-chairman JaY Y. Lee for "handing bribes worth almost £30m to the South Korean president Park Geun-Hye and her close friend Choi Soon-sil to win government favors for a smooth leadership transition." Furthermore, the National Assembly also impeached the South Koren president Park Geun-Hye because of the controversy. Nevertheless, the prosecutors also charged her political aide Choi Soon-sil for intervening with state affairs and forcing chaebols to donate tens of millions of dollars to self-controlled foundations and businesses.

Guen-hye is best known as the first women to be elected as President of South Korea. Likewise, she was the first female president of a Northeast Asian nation. Previously, she served as the Chairwoman of the Conservative Grand National Party (GNP) from the year 2004 to 2006. Furthermore, she served the National Assembly for four complete consecutive parliamentary terms as a constituency representatives from 1998 to 2012. Regarded as one of the world most powerful woman, Park is the daughter of Park Chung-hee. In fact, Park Chung-hee, was "the third President of South Korea from 1963 to 1979 after he seized power in 1961."

“I am sorry that I could not see through the tasks entrusted upon me as president. I thank the people who have believed and cheered me on...... will accept full responsibility for this whole development. It will take time, but I believe that truth will certainly come out.” -Park on the scandal

Park Geun-hye was born on February 2, 1952, in Samdeok-dong of Jung District, Daegu. She is the first child of Park Chung-hee, the 3rd President of South Korea, and Yuk Young-soo. She grew up with a younger brother, Park Ji-man, and a younger sister, Park Geun-ryeong. Park received an electronic engineering degree from Sogang University in 1974. Nevertheless, she has received honorary doctoral degrees from reputed institutions such as Chinese Culture University, Pukyong National University,  KAIST, Sogang University, and  TU Dresden.