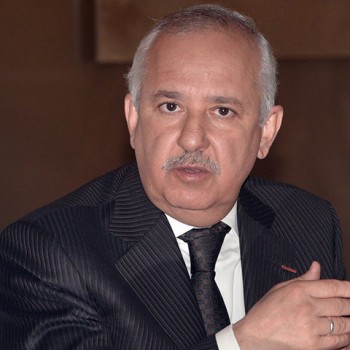 Facts of Anas Sefrioui’s net worth

Anas Sefrioui is a Moroccan Real estate businessman. His current estimated net worth is $1.5 billion. People best know him for running the famous ventures,  Douja Promotion Addoha Group, CIMAT, and IMMOLOG. Likewise, African real estate community praise him for his affordable housing plans. In fact, United Arab Emirates has followed his affordable housing plans as a guide. In addition, the Addodha group is famous for building low-cost housing in Morocco via lucrative government contracts. Furthermore, the market capitalization of the group was 15.4 MAD (Moroccan Dirham) in 2016. However, since 2015, his company, Addodha group, has been cutting costs and selling existing inventory to recover from a real estate slump and government cutbacks.

Anas in Knownetworth's Popular Men in Morocco, net worth, 2017

Drop Out to Real-estate mogul

Initially, Sefrioui took a Spa Clay producing job with his father after dropping out of his secondary school. Later, the father and son started to produce “Gassoul”, a popular Moroccan SPA clay used to wash a person's body and hair. Later in 1988, Anas formed the Addodha real-estate group after accumulating enough capital for it. Finally, in 1999, Sefrioui earned his first billions building more than 2000 geared-to-income, government subsidized homes in Morrocco. And in 2005, he earned another $1billion for building additional public housing units in Morocco. Also in 2005, he listed his company in Moroccan stock exchange. Nevertheless, he owns 61.7 % of the corporate enterprise known as Douja Promotion Groupe Addodha.

Because of his smart policies and clear-cut plans, King Hassan II awarded a lucrative state contract to Anas in 1988. Furthermore, the contract was to build 20,000 units of government-subsidized houses for the Moroccan people. First of all, the young tycoon and Groupe Addoha completed the job in a less time frame. Consequently, the King loved his job and became his biggest patron. According to the book "Major Players in the Muslim Business World", Anas is a married man. Moreover, he has three children.