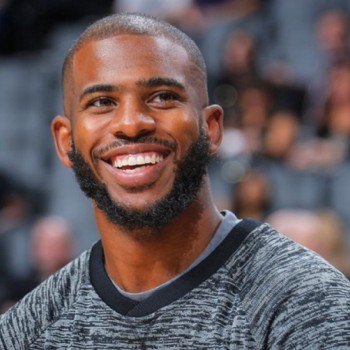 Chris Paul (Christopher Emmanuel Paul) is an American Professional Basketball Player who plays for the Phoenix Suns of the National Basketball Association (NBA). Paul is widely regarded as one of the greatest point guards of all time. Chris has an estimated net worth of $160 million. 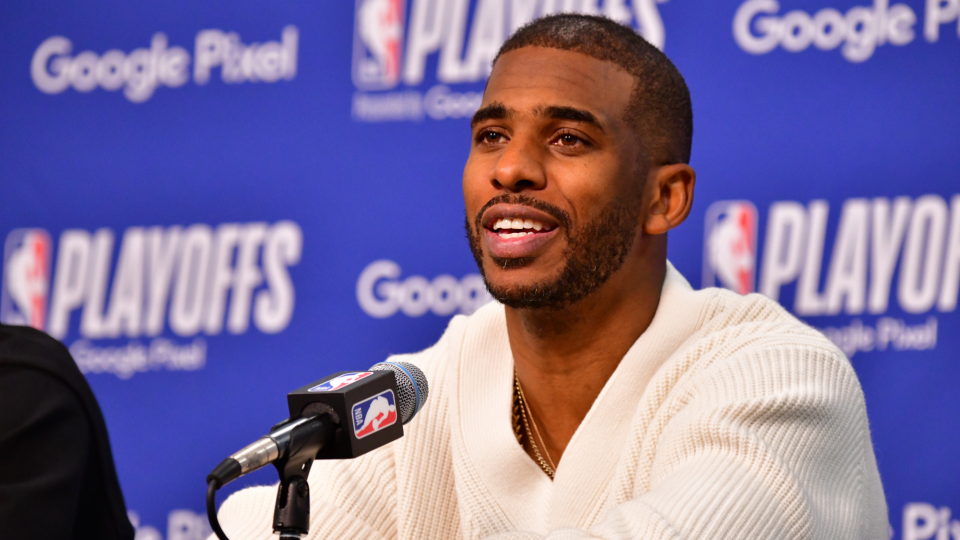 Chris Paul is a top-notch Basketball player with his skill he became one of the best and most popular player in the NBA. Chris earns an annual salary of $30 million as per his contract. He also earns $10-20 million per year from endorsements. In August 2021, Chris signed a 4-year, $120 million contract with the Suns. By the end of that contract, his NBA career net worth will be $446 million. 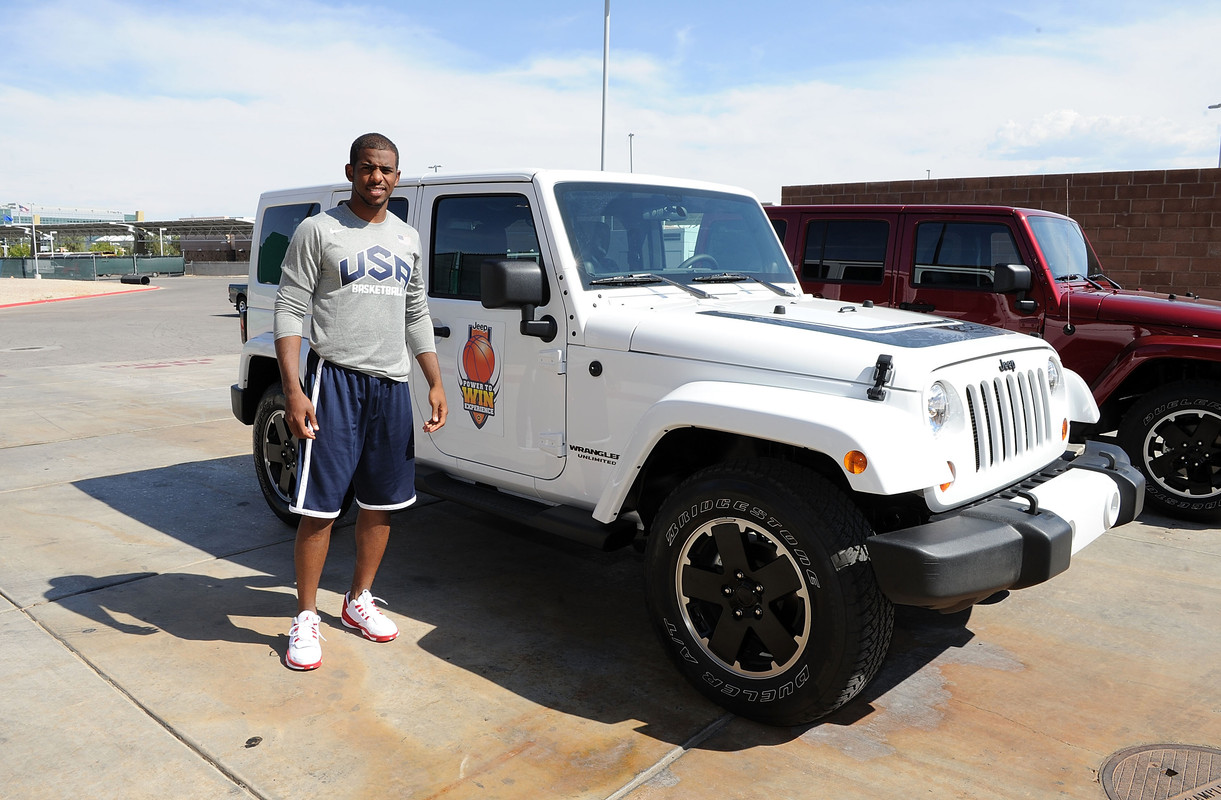 Chris sure knows how to spend it lavishly. With a net worth of millions, he loves spending on luxury items, including luxurious and exotic cars. His garage includes a Jeep JKU Wrangler Unlimited, Range Rover, BMW, Cadillac Escalade, and BMW 750LI. He also has an interest in vintage classic vehicles, he owns Custom ’71 Chevrolet C-10 and a 1977 Monte Carlo.

Chris has many houses and properties, and among them, he owns a newly built estate in Encino worth $11.1 million which is 12000 sq ft. He also owns the Bel Air home for  $8.5 million along with the one in the Calabasas home at $9 million. He sold his Bel Air home for $8.7 million in 2017. Chris also owns a $6.5M Woodlands luxury mansion which is Fabulous. 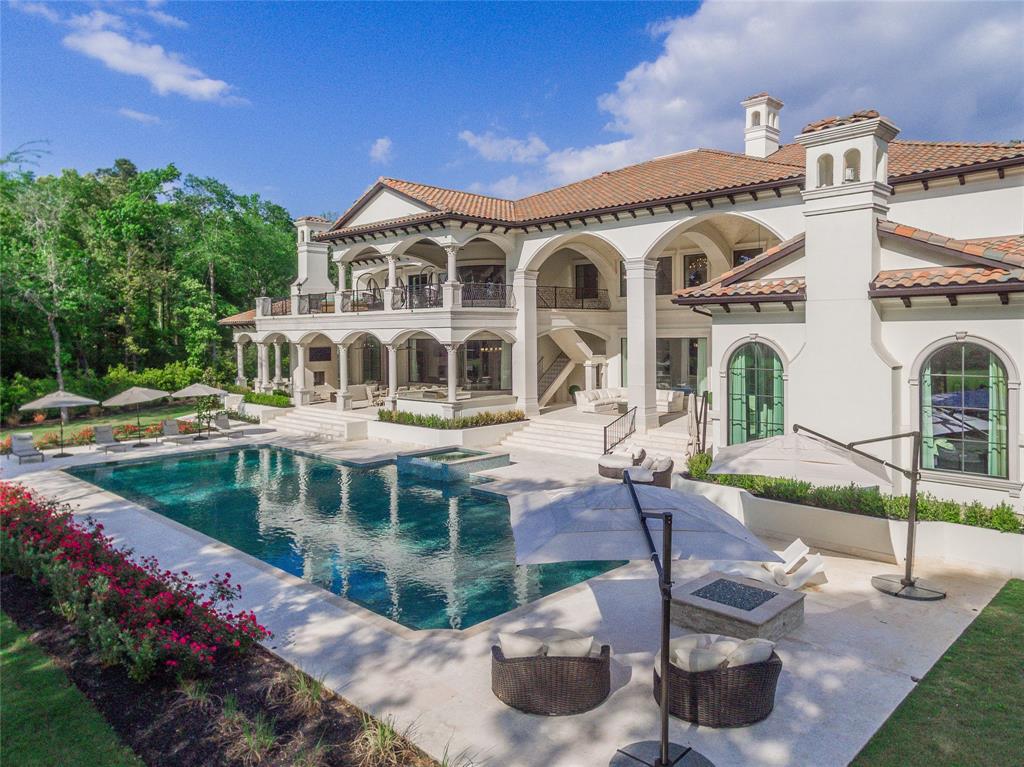 Chris Paul was born on May 6, 1985, in Winston-Salem, North Carolina. He was born to Charles Edward Paul and Robin Jones. Chris spend his childhood in Lewisville with his older brother, Charles "C.J." Paul. He got his nickname CP3 because his father and brother share the same names. His father was a former athlete himself who taught him basketball and football and coached them in various youth leagues in his childhood. Chris's career from an early age when he was in High School. He attended West Forsyth High School in Clemmons, North Carolina. During his freshman season, he played on the junior varsity team. As a junior, he averaged 25 points, 5.3 assists, and 4.4 steals per game, helping West Forsyth reach the state semifinals. In the summer, he led the Winston-Salem-based Kappa Magic to the National U-17 AAU title, earning tournament MVP honors in the process. In College, Being a freshman at Wake Forest University, he averaged 14.8 points, 5.9 assists, and 2.7 steals per game. At the conclusion of the season, Paul was named ACC Rookie of the Year. On January 15, 2005, Paul registered 26 points and 8 assists in a victory over rival North Carolina, and on February 3, he scored 23 points in a win against rival Duke. In the final game of the year, Paul punched NC State guard Julius Hodge in the groin and received a one-game suspension from the ACC Tournament. On April 15, 2005, he announced he would be hiring an agent and turning professional.

Paul was selected as the fourth overall pick in the 2005 NBA draft by the New Orleans Hornets. With final averages of 16.1 points, 5.1 rebounds, 7.8 assists, and 2.2 steals per game, he finished his debut season leading all rookies in total points, assists, steals, and double-doubles and was named NBA Rookie of the Year. Paul was selected to his first NBA All-Star Game in 2007–08. New Orleans finished the season with a franchise-record 56 wins and the second seed in the West. Paul led the NBA with 11.6 assists and 2.7 steals per game to go along with 21.1 points per game, finishing second in NBA Most Valuable Player Award voting. The Hornets defeated the Mavericks in five games with Paul registering 24 points, 11 rebounds, and 15 assists in the final game. 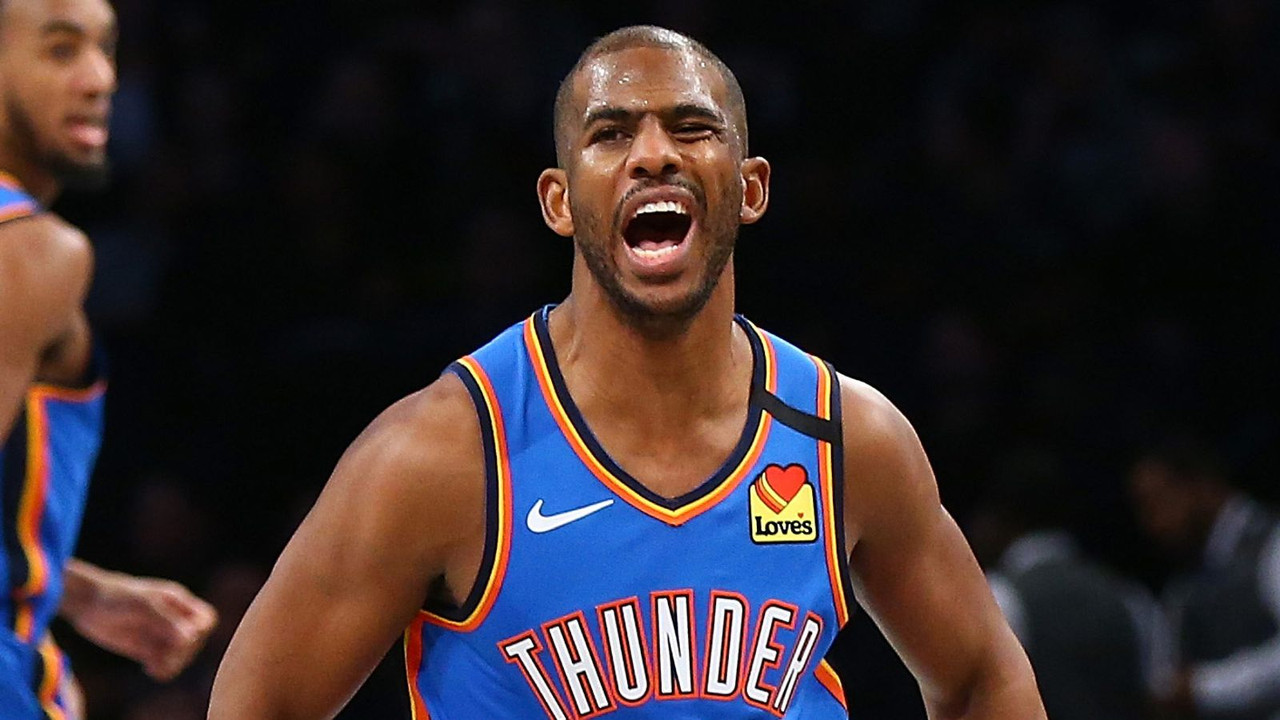 Prior to the start of the 2008–09 season, Paul signed a contract extension with the Hornets worth $68 million. Paul came within a few steals of recording a quadruple-double, including a 27-point, 10-rebound, 15-assist, and a 7-steal game against the Philadelphia 76ers on January 26, 2009. In February 2010, Paul tore cartilage in his left knee and was sidelined for over a month. In 2010–11, Paul had another injury scare, suffering a concussion after colliding with Cavaliers guard Ramon Sessions. He returned two games later, registering 33 points and 15 assists against the Sacramento Kings.

At the 2013 All-Star Game, Paul led the West to victory with a 20-point and 15-assist performance, earning his first NBA All-Star Game Most Valuable Player Award. He finished the season averaging 16.9 points, 9.7 assists, and 2.4 steals per game, helping the Clippers to a franchise-record 56 wins. In the 2013-14 season, Paul re-signed with the Clippers for five years on a contract worth approximately $107 million. His final averages were 19.1 points, 10.7 assists, and 2.5 steals per game. For the third straight year, he finished the season with averages of over 19 points, 10 assists, and 2 steals per game. In Game 4, Paul broke his hand and was ruled out.

On June 28, 2017, Paul was traded to the Houston Rockets. Paul debuted for the Rockets in their season-opening win over the defending champion Golden State Warriors. On December 15, Paul registered 28 points, eight assists, and seven steals against the Spurs to lead the Rockets to their 12th straight victory. In Game 5 of the series, Paul scored a career playoff-high 41 points along with 8 three-pointers, 10 assists, and 7 rebounds. Due to an injury in his hamstring late in the game, Houston Rockets were eliminated from the postseason. 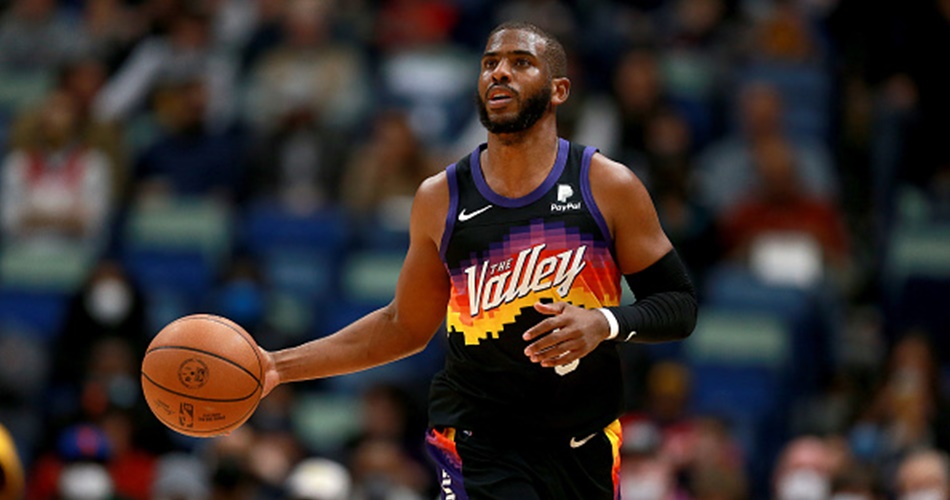 On July 16, 2019, the Rockets traded Paul, two first-round draft picks, and two second-round pick swaps to the Oklahoma City Thunder. Paul debuted for Oklahoma City in a loss to the Utah Jazz on October 23, registering 22 points and 8 rebounds in 30 minutes of play. On November 16, 2020, the Thunder traded Paul and Abdel Nader to the Phoenix Suns. Paul dropped a season-high 34 points, along with nine rebounds and nine assists, in a close 109–108 win over the Dallas Mavericks. In Game 2 of the Conference Semifinals against the Denver Nuggets, Paul recorded 17 points, 15 assists, and 0 turnovers in a 123–98 victory. On August 7, 2021, Paul signed a four-year contract extension with the Suns worth up to $120 million. Paul recorded 23 points and 14 assists in a 115–105 win over the Los Angeles Lakers, becoming the first player in league history to record 20,000 points and 10,000 assists in their career.

Paul is regularly ranked as one of the highest-paid athletes in the world by Forbes. Some of the companies that he has done business with include Nike and State Farm.

Paul married Jada Crawley, his college sweetheart, in September 2011. They have a son Christopher Emmanuel Paul II who was born in 2009 and a daughter Camryn Alexis Paul born in August 2011. 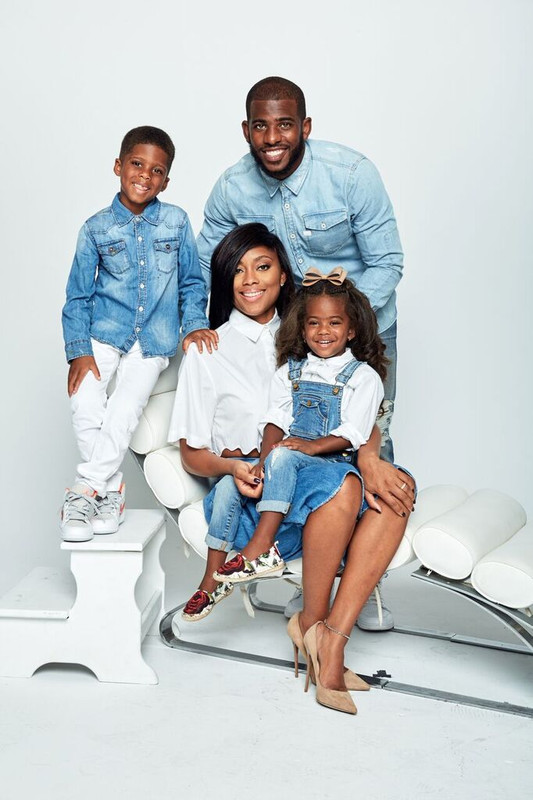 As far as other sports, Paul enjoys bowling and owns a franchise in the Professional Bowlers Association called LAX. Paul has hosted and participated in numerous celebrity and youth bowling events as the head of the CP3 Foundation, which benefits Louisianian programs affected by Hurricane Katrina, as well as charities throughout Winston-Salem. In 2018, Paul purchased a minority ownership stake in the Winston-Salem Dash, a minor league baseball team located in his town.