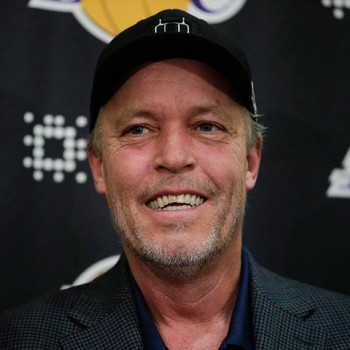 James Hatten “Jim” Buss represent himself as a part-owner and executive vice president of basketball operations of the famous Los Angeles Lakers. Buss total net worth has not been revealed yet, however, he is the equal recipients of his father will and ownership of Lakers. Whereas, Dr. Jerry Buss massive wealth of $600 million was also distributed among six children via a family trust.

Despite coming from a huge family, Buss tried to do something of his own. Jim started investing a small business along with his best friend. But the sad death of his friend in the car accident in 1981 left him devastated. Recovering from the recent events, he became the president of his father’s indoor soccer team named the Los Angeles Lazers after his brother Johnny quit. The hardworking man with a keen mind brought the annual losses from $1 million to $50,000. Buss was supposed to do well but the team folded in the year 1989. Later, he became the horse trainer and has over half-dozen horse under his command. Jim was diverted to another business as the horse racing stock was quite unfavorable and unprofitable. Buss was invited by his father to join the great Los Angeles Lakers in 1988. He initially joined the Lakers as an apprentice to general manager Jerry West and assistant, Mitch Kupchak. Buss extensively learn the basketball game, tactics and strategies from his father, Jerry West, and Kupchak, who was promoted to general manager in 2000. Gaining the immense success, Buss was promoted to vice president of basketball operations in the year 2005. Whereas, her sister Jeanie handles another part of the Laker’s business. Updated: Jeanie Buss fired Jim Buss, Mitch Kupchak them on Feb 21, 2017

Born on 1959, November 9 in Los Angeles County, California, U.S., he is the second son out of four children to Joann and Jerry Buss. Growing up with his brother Johnny, Sister Jeanie and Janie, the children lived with his father after their parents divorced in 1972. Jim went to University of Southern California (USC) and majored in math but was a dropped out. Buss spent most of his youth in the race tracks. In addition, he went to jockey school when he was 20 years old.

Jim tied his wedding knot in the year 1983 and the pair adopted a son named, Jager. Surrounded by lots of trouble and differences, the pair split up within a month later. However, their divorce was finalized in the year 1985 and had to live with each other for more than six months as they were watched by the social workers. Later, the pair moves to their daily lives, while Buss gain the sole custody of their son.