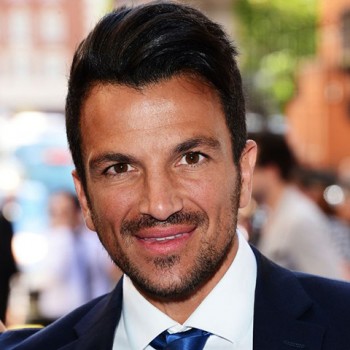 Peter Andre is an English born Australian singer with estimated net worth of $20 million, gets popularity from his single song "Mysterious Girl" and "Flava".in 90's. Peter is also a songwriter, businessman and television personality. He earned through his album, reality shows, and TV appearances. Peter Andre was born in Harrow, London and moved to Australia at the age of 6 years old with his family. Andre started writing songs from school time.He has 11 studio albums, 3 compilation, and 28 single albums. Overall he sold 920,00 albums and 1.4 million singles in the UK. According to BPI, Andre's total sale in the UK is 2,320,000 and in Australia, his sale was over 1,000,000.

Peter started writing songs from an early age in school time.  At the age of 16, Peter won the Australian 'Talent Show New Face', after that Andre got his first recording contract worth of $146,000.  In 1992, Andre debuts his album 'Drive Me Crazy', after that "Gimme Little Sign". In 1993, Andre got the ARIA Award for highest selling Australian single of the Year. After his second studio album on 30  September 1996, it was picked to the number one on 'UK Album Chart ' which includes the super hit single "Mysterious Girl". After that, Andre appear on different TV series like I'm a Celebrity...Get Me Out of Here!, the thirteenth series of Strictly Come Dancing with Janette Manrara.

In early 2004,  Peter Andre began dating with Katie Price. Katie is a model and they met through the reality show  " I'm a Celebrity...Get me out of here". They got married on 10 September 2005, together they have two children son Junior Sava on 13 June 2005 and daughter Princess Tiaamii Crystal Esther on 29 June 2007.  Kate has elder son Harvey with football player Dwight  Yorke before Andre came into her life. They get separated after 3 and half years of her marriage on 8th September 2009.

It was revealed that Peter had started dating with the medical student Emily MacDonagh on  July 2012 who is 16 years younger than him. On 7 January 2014, Emily gave birth to baby girl Amelia and after that, they got married on 11 July 2015. After one year, Andre and Emily have another baby boy Theodore James 26 May 2016.