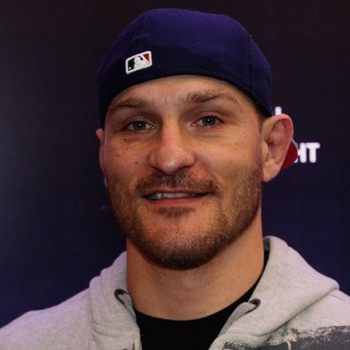 Stipe Miocic is an American Professional mixed martial artist and current UFC Heavyweight Champions with an estimated net worth of $2 Million. He is best known for beating down the best athlete such as Alistair Overeem, Fabricio Werdum, Andrei Arlovski, Mark Hunt, Roy Nelson and Gabriel Gonzaga.

The former Cleveland Golden Gloves boxing champion and NCCA Division I Wrestler didn’t have to do much to get his hands in MMA. Stipe started his career with the win of first five fights with Knockout. Whereas, he won NAAFS Heavyweight Championship by defeating Bobby Brents with submission, where Bobby felt weak after getting numerous strong leg kicks.

Joining UFC on June 14, 2011, with the multi-fight deal, he made his first fight with Joey Beltran and won the fight with the unanimous decision. Coming to the present time, he is successful while he had to go for numerous fight to reach this place. Miocic faced Phil De Fries, Shane de Rosario, Stefan Struve, Roy Nelson, Gabrial Gonzaga, Fabio Maldonado, Junior dos Santos, Mark Hunt and much more before he hit UFC Heavyweight Championship. 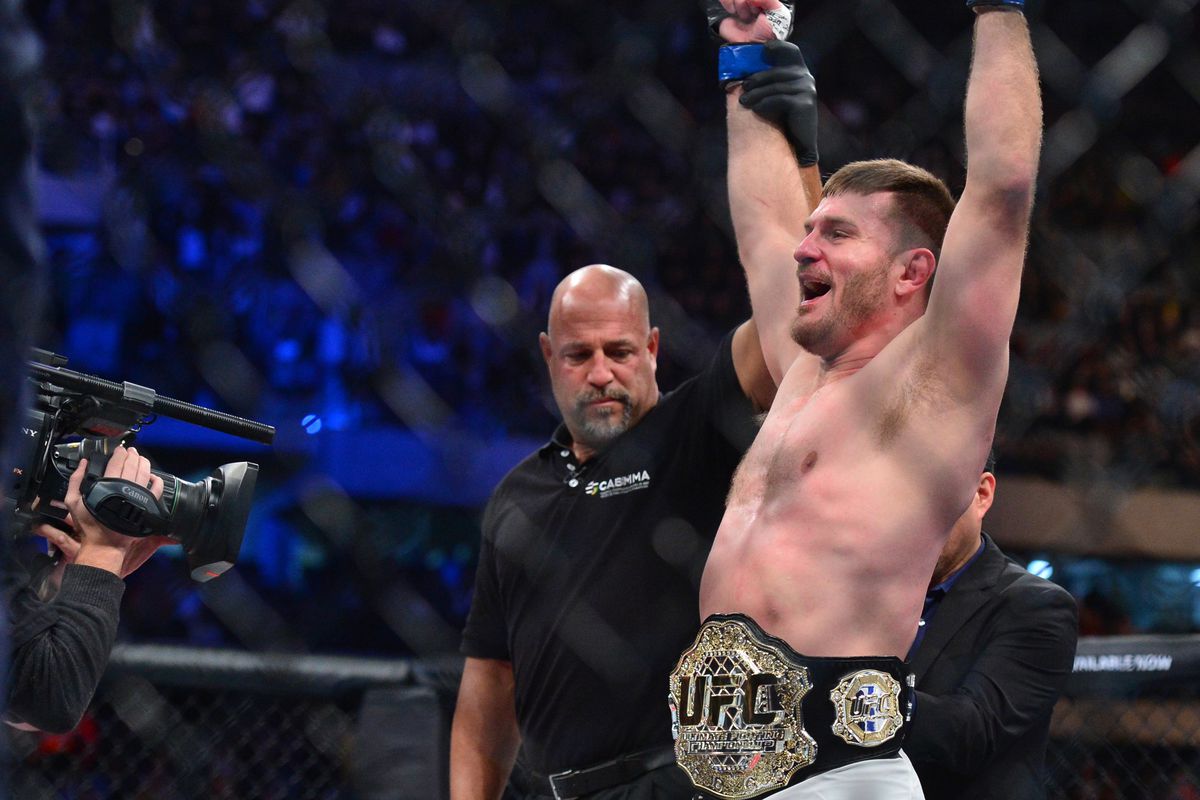 The big day hit Stipe as he faced Werdum at UFC 198 on May 14, 2016, for the title. Giving the hard fight, Werdum faced his first defeat since June 2011 while both fighters received Performance of the Night bonus. Stipe defended his title against UFC 203 against Alistair Overeem on September 10, 2016. Though he was knocked down in the early round, he gains quick conscious and won the game with Knockout while both received Fight of the Night honors.

After years of training, Steve Miocic signed his first contract with UFC on June 14, 2011. He made his debut fight against Joey Beltran, at UFC 186 and won the fight via unanimous decision(29-28,30-27,29-28). He has a number of consecutive wins with TKOs and unanimous decisions as well. He had broke records for the most consecutive title defense in the heavyweight division in a row for three times including 2018. He fought against Francis Ngannou on Jan 20, 2018, in UFC 220. He also holds the record for a performer of the night (four times), knockout of the night (one time), second, most KO victories in UFC heavyweight history and, most strikes landed in a fight. He had fought a total of 20 championships in UFC career and have amazing 18 wins (13-knockouts,1-by submission,4-by decisions) and only 2 loss (1-KO, 1-decision). He is surely an ultimate fighter and a beast.

Miocic is noted for his modest behavior on and off the stage, considered as the opposite to the marketing demands by UFC

Steve was grown up in Ohio. He completed his high school at East lake north high school and later joined Cleveland state university. Since Steve’s parents separated when he was a kid, he lived with his mother and she always pushed him into sports. He had an athletic physique. He was interested in basketball, baseball and wrestling besides that his majors are marketing and communication. During his college days, Steve developed his interest in wrestling which led him to train for it.

Accounting his personal life, the man with the big fist is a married man. Stipe tied his wedding knot with his longtime girlfriend Ryan Marie Carney on June 18, 2016, in Parma, OH. 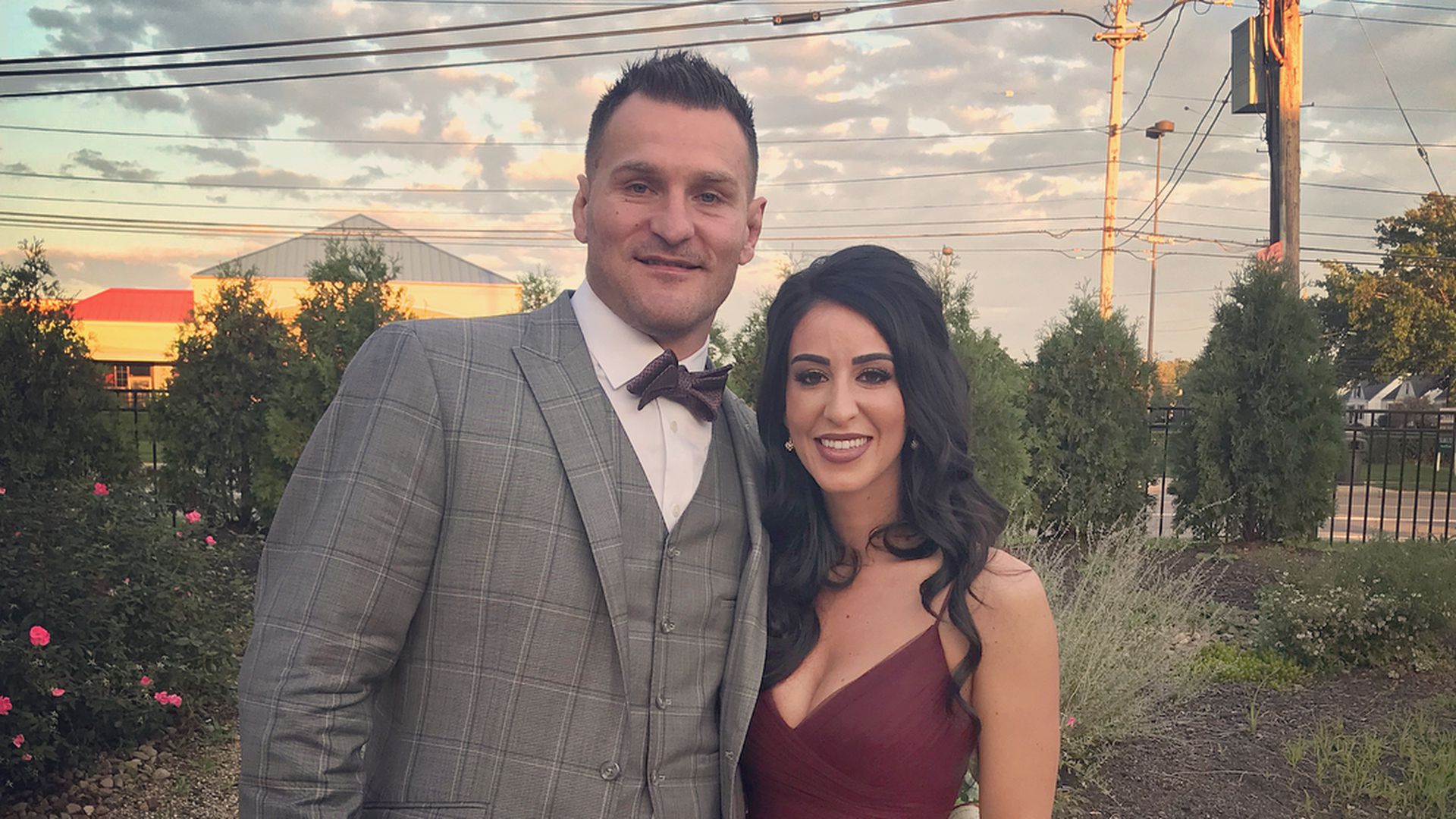 The pair seems to be doing simply fine, whereas the pair has avoided unwanted relationship so far, and there is very less chance for this couple to split up. Miocic works as a part-time firefighter paramedic in Oakwood and Valley View, Ohio and also planning to become a full-time firefighter in the future.