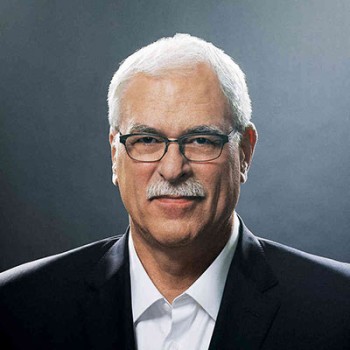 Facts of Phil Jackson’s net worth

A former basketball player, a retired basketball coach, and professional basketball executive, Phil Jackson has an estimated net worth of over $60 million. He holds the NBA record for the most combined championship. Jackson is also the author of the best-selling book Sacred Hoops. Jackson's current reported yearly salary for the role as the president of basketball and operations (since 2014) for the New York Nicks is between $12 to 15 million. As a coach, he was famous for leading the Chicago Bulls to six NBA championships from 1989 to 1998, and also assisting the Los Angeles Lakers to 5 NBA championships triumph from 2000 to 2010. Likewise, as a player, Phil had some magnificent achievements such as 2 NBA championship, NBA All-Rookie First Team (1969), and 2 *First-team Division II All-American.

Starting his coaching career from lower-level professional leagues, Jackson later went on to become one of the high paid coaches of all time. He won his first coaching championship with Albany Patroons in 1984. During his initial coaching career, he also coached the Gallitos de Isabela and the Pirates de Quesadillas in Puerto Rico. In 1987,  the Chicago Bulls hired him as an assistant coach under Doug Collins. In 1989, he was promoted to head coach.

“It takes years of nurturing to get young athletes to step outside their egos and fully engage in a group experience. The NBA is not exactly the friendliest environment for teaching selflessness. Even though the game itself is a five-person sport, the culture surrounding it celebrates egotistic behavior and stresses individual achievement over team bonding.’’

Breaking down his coaching stats, he won 414 matches and lost 160 out of  547 matches he coached.

Born on 1945, September 17 in Deer Lodge, Montana, Philip Douglas Jackson is the son of parents Charles and Elisabeth Funk. He grew up with his two brothers and half-sister. Phil attended Williston, North Dakota. Having an athletic body and keen interest in several sports, he led his team to two state titles in basketball. Apart from basketball, he was active in football while he was a pitcher on the baseball team. Being recruited by the University of North Dakota, he helped Fighting Sioux to third and fourth-place finishes in the NCAA Division II tournament. He joined New York Knicks in 1967 however, he was limited to fan favorite NBA’s leading substitutes. He was on the top list when Knicks team won NBA title in 1973, however, he couldn’t play for the team as he was suffering from spinal fusion surgery. After playing 1974-1975 season with Knicks and playing for New Jersey Nets in 1978, he retired from his playing career in 1980.

The successful coach has one of the perfect personal life. Jackson is blessed with five children and seven grandchildren. Accounting his marital life status, he first tied his wedding knot with Maxine in 1967. The pair ended with divorce in 1972 while he wedded his second wife June in 1974. The couple stays with each other for a long time and shares four children. Due to several complication and misunderstanding, the pair split up in 2000. After two failed marriage, Jackson immensely dated Jeanie Buss, who is the president of Lakers organization and daughter of Jerry Buss. They were supposed to get engagement however, the engagement was canceled at the end of 2016.