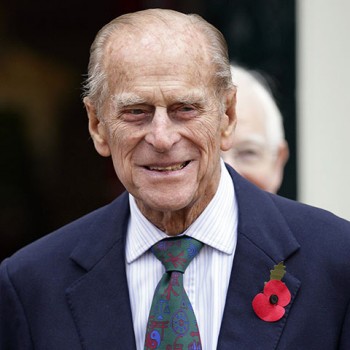 Facts of Prince Philip, Duke of Edinburgh’s net worth

Prince Philip, Duke of Edinburgh, is the husband of Queen Elizabeth II and a member of the House of Schleswig-Holstein-Sonderburg-Glucksburg.  He is the longest-serving consort of a reigning British monarch and the oldest-ever-male member of the British Royal Family. The former army veteran (reached up to commander position, 1939 to 1952) has a disclosed estimated net worth of $45 million. However, many have speculated that the price may be worth several billion dollars. And according to Brand Finance, Philip's wife Queen Elizabeth II enjoys an estimated personal wealth of around $84 billion. Likewise, Philip himself receives an annual annuity (salary) of 359,000 to $442,000. Philip has been collaborating with over eight hundred organizations as a patron. Importantly, he is the chairman of the Duke of Edinburgh’s Award scheme.

Prince Philip was born on 10th June 1921 in Mon Repos, Corfu, the Kingdom of Greece as Prince Philip of Greece and Denmark. He is the only son and fifth and final child of Prince Andrew of Greece and Denmark and Princess Alice of Battenberg. Philip gained his initial education from an American school in Paris and later attended Cheam School located in the United Kingdom. In 1993, he went to Schule Schloss Salem in Germany before attending Gordonstoun. Later, he graduated from Royal Naval College, Dartmouth as the best cadet. The Prince has always enjoyed sports, He has helped to develop the equestrian event of carriage driving. Nonetheless, he is a professional polo player until 1971. Furthermore, Phillip is also an experienced pilot and art collector. If you don't know,  he received his Royal Air Force wings in 1953.

In 1939, King George VI and Queen Elizabeth assigned him to escort their two daughters, Elizabeth and Margaret, who were "Philip's third cousins through Queen Victoria, and second cousins once removed through King Christian IX of Denmark." During the Royal tour of the Royal Naval College. Elizabeth fell in love with Philip and began exchanging letters. Elizabeth was only 13 years then. Later in 1946, the Prince asked the King for Elizabeth's hand in marriage. The Royal Family confirmed the marriage in the summer of 1946 after his return from the second world war. The king accepted his request, "provided that any formal engagement is delayed until Elizabeth's twenty-first birthday." Their engagement was held on 1947, July 10. Later, the wedding took place on November 20, 1947. He left his Greek and Danish Royal titles by the time of the marriage and adopted the surname Mountbatten from his mother's family.