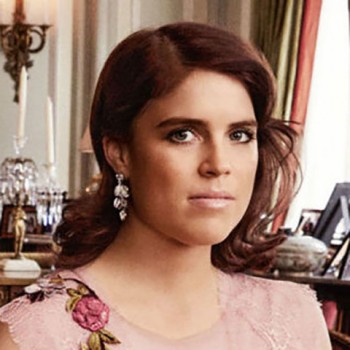 Born as Eugenie Victoria Helena, Princess Eugenie is the younger daughter of Prince Andrew, Duke of York, and Sarah, Duchess of York. Eugenie is the eighth, and the third female, in line to the succession of the British Throne. While she is famous for working with Hauser & Wirth art gallery as an associate director. Princess Eugenie net worth is estimated to be over $5 million. The young princess currently busy in handling the public image and engagements. While she started her career as auctions manager on online auction firm Paddle8 in New York City. In the year 2015, she came back to London and worked at the Hauser & Wirth art gallery as an associate director. Princess Eugenie recently collaborated with British contemporary artist Teddy M to create the first ever Royal graffiti, while she has been associated with numerous charitable work. She opened a Teenage Cancer Trust’s unit for young cancer patients in Leeds in 2008 and has been the patronage for Royal National Orthopaedic Hospital. In addition, she has been actively involved in Children in Crisis and Elephant Family.

Born on 1990, March 23 in Portland Hospital, London, England, she is the sixth grandchild of Queen Elizabeth II and Prince Philip, Duke of Edinburgh. Growing up with her sister, she had to face the tragic separation of their parents, when she was only six years old. Eugenie at the starter began schooling from Winkfield Montessori from 1990 to 1993 and joined Upton House School in Windsor. She later attended Coworth Park School and enrolled herself in St George’s School. To gain higher education, she engaged herself in Marlborough College in Wiltshire. While she began studying Combined Honours BA at Newcastle University in 2009. The Princess completed her study earning a 2:1 in English literature and history of art.

The princess had a “secret engagement” with Jack Stamp Brooksbank, wine merchant was reported to be in December 2016. But before that, the pair had a long relationship of six years.

Britain's Princess Eugenie (left) and her partner Jack Brooksbank, the wedding of Pippa Middleton and James Matthews at St Mark’s Church. Source:deccanchronicle[/caption] With such strong bonding, the couple will more likely to get married in coming years. While accounting their ancestors and they are relatives by blood. Eugenie’s mother, Sarah, Duchess of York is the great-great-granddaughter of Lady Julia Coke. While Coke is the daughter of Brooksbank’s great-great-grandfather Thomas Coke, 2nd Earl of Leicester.