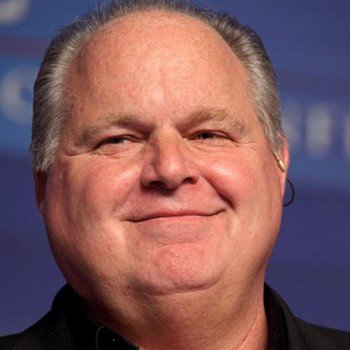 Facts of Rush Limbaugh’s net worth

Rush Hudson Limbaugh III serve himself as an American entertainer, radio talk show host, writer, conservative political commentator, and media personality. Limbaugh's has an estimated net worth of around $470 million. Currently, his estimated salary/income is around $80 to $100 million per year.

He successfully collected $79 million in the year 2016 followed by $79 million in 2015 and $66 million in 2014. He had signed an 8-year contract worth around $400 million plus $100 million signing bonus with Clear Channel Communication, now known as iHeartMedia, in 2008. And just in 2016, he recently renewed the same contract for four more years. Unfortunately, the both parties are silent about the contents of the contract. But no wonder, Rush's new contract possesses clauses such as revenue sharing and stock compensation. At the end of the day, his nationally syndicated conservative talk show, The Rush Limbaugh Show, is arguably the most listened to talk show in the United States. It looks like Rush has received a greater deal this time. In August 2016, he tried to clarify a misconception about his earnings;  He said:

'It's kind of a joke for people to throw out numbers anyway 'cause I don't earn a salary.'

Rush began his radio career in 1967 after he was dropped out from the college. The keen teenage went to McKeesport, Pennsylvania and took on the job of disc jockey in AM radio named WIXZ and soon became one of the network top disc jockeys under the name Jeff Christie.  He then moved to KQV station in 1973, succeeding Jim Quinn as the evening disc jockey. In 1979, he left KQV to join the Kansas City Royals baseball team as the director of promotions. In 1984, he returned to the radio business to host the popular talk show at KFBK in Sacramento, replacing Morton Downet Jr, Jr. The success followed him when he moved to New York and started his own radio show, The Rush Limbaugh Show, on August 1, 1988. He may have made his fortune from his professional endeavors, but he is an active activist as well. He enthusiastically collects millions of dollars annually for EIB Cure-a-Thon. Likewise, he has been helping Marine Corps-Law Enforcement Foundation since a long time.

He has had three divorces, four marriages, and no children. Limbaugh first tied his wedding knot at the age of 26 with Roxy Maxine McNeely, a sales secretary for WHB radio, Kansas City. Later, he married Michelle Sixta in 1983 and got divorced with her in 1990. Later, in 1994, he married Marta Fitzgerald. Marta and Rush went through a divorce in the year 2004. Later, he married Kathryn Rogers, a party planner from Florida, in a high-profile wedding in 2010.