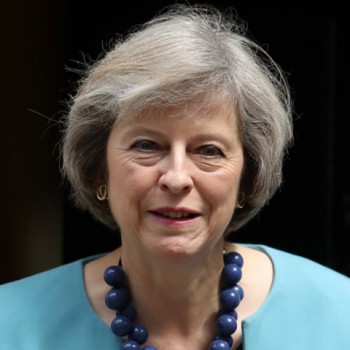 Theresa Mary May is a British politician, the Leader of the Conservative Party, and the Prime Minister of the United Kingdom. Her current estimated net worth stands $3 million. A member of the British Parliament (MP) for Maidenhead since 1997, May currently receives $190,000 as her annual salary. British people also know her as a tax/education expert. In addition, she was the Chairman of the Conservative Party from the year 2002 to 2003. Post-Brexit, May became the Prime Minister on 13 July 2016. With the win, she became the first woman ever to have held two of the Great Offices of State in the country. Overall, her professional achievements as a politician include enforcing a harder line on drug policy, trying to pursue reform of the Police Federation, her role in the deportation of Abu Qatada, her role in the creation of the National Crime Agency, and bringing in surplus restrictions on immigration.

Career Highlights of the One Nation Conservative

May started her professional career when she joined the Bank of England in 1997. She worked at the bank between 1977 and 1983 before joining the Association of Payment Clearing Service. She worked for the association as a senior advisor and financial consultant in International Affairs from 1985 to 1997. From 1986 to 1994, Theresa also served as a counselor for Durnsford ward on the London Borough of Merton. In 1997, May was elected as the MP for Maidenhead in the 1997 general election. Prior to winning the election as the conservative candidate, Theresa had lost two past MP elections. She had lost the 1992 general election and the 1994 Barking-by election. May then went on to handle several roles from the year 1999 to 2010 before then Prime minister selected her as the Home Secretary and Minister for Women and Equality. Between 1999 to May 2011, May served the Shadow Cabinets of the famous leaders such as William Hague, Iain Duncan Smith, Michael Howard, and David Cameron. During this period, she enjoyed several roles such as "Shadow Spokesman for Schools, Disabled People and Women", "Shadow Education and Employment Secretary", "Secretary of State for Transport", Shadow Secretary of State for the family", Secretary of State for Culture, Media and Sport", Shadow Leader of the House of Commons", and "Secretary of State for Work and Pensions." On May 12, 2010, then Prime minister David appointed her as "Home Secretary and Minister for Women and Equalities" following her 2010 MP re-election triumph.

Born on 1956, October 1 in Eastbourne, Sussex, May is the only child of Zaidee Mary and Hubert Brasier. May initially attended Heythrop Primary School, followed by St. Juliana’s Convent School for Girls. Later, she joined the University of Oxford and studied geography at St. Hugh’s College. She graduated with second class BA degree in 1977.

Theresa May stands with her husband Philip John May,[/caption] May is a happily married woman. She tied her wedding knot with Philip May, who is an investment banker and current employee of Capital International. The pair has no children with each other.