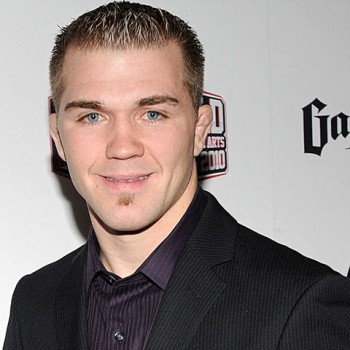 Facts of Bryan Caraway’s net worth

Bryan Caraway is an American mixed martial artist with an estimated net worth of $1 million. The fighter is currently challenging players in UFC’s Bantamweight division. Bryan succeeded in gaining $632,692 in 2014 followed by $470,000 in 2013. Likewise, he has earned around $300,000 in salary over his fruitful career. Caraway also has had a successful career in Strikeforce, EliteXC, and WEC. His current UFC record is 6-2 whereas his overall career record is 21 wins out of 28 matches - 1 by knockout, 17 by submission, and 1 by decision.

Before making his prominent moved in MMA, he was an avid wrestler at the Central Washington University. He began fighting in the spring of 2004. Bryan then earned a 6-1 amateur record in his home state of Washington before going professional. Unfortunately, he lost his debut match against fellow future UFC fighter Ian Loveland. Caraway lost the match after the side doctor halted the match after looking at an unavoidable cut on Caraway face. Later, he made straight four wins, earning a successful record of 4-1. He then joined Strikeforce with a 10-2 record and later joined Elite XC with 1-0 Strikeforce record. Later, he joined World Extreme Cagefighting after winning some Strikeforce and CageSport bouts. Caraway opening fight at WEC wasn’t fruitful. He got defeated in his first WEC debut against Mark Hominick. Bryan again faced defeat against Fredson Paixao at WEC 50. WEC then released him because of two back-to-back losses and his injury issues. Later, coming back to life, he defeated Marlin “Pit Bull” Weikel at CageSport MMA XIII in 2011. In the same year, UFC signed him.  Currently, he is training to face Jimmie Rivera on January 15, 2017, at UFC Fight Night 104.

Caraway has maintained a perfect balance between his professional life and personal life. The fighter is the trainer and partner of his fellow UFC fighter, Miesha Tate. Bryan met  Carraway while attending the Central Washington University. Nevertheless, Bryan is the cousin of UFC veteran Dennis Hallman