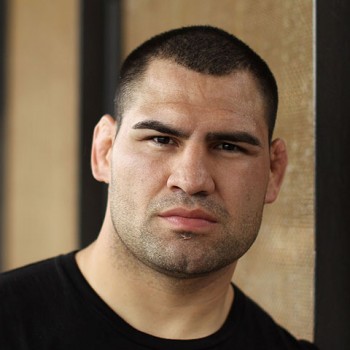 Facts of Cain Velasquez’s net worth

Cain Velasquez is a Mexican-American former two-time UFC Heavyweight Champion. He is considered one of the successful mixed martial artists in the world. His current  UFC Heavyweight ranking is #2. Nevertheless, Velasquez enjoys a fruitful overall mixed martial arts record with 14 wins in 16 matches @ 2 decisions and 12 knockouts. Likewise, he has also won against numerous popular fighter such as "Big Foot" and "Brock Lesner", who won a record-breaking $2.5 million purse against Mark Hunt at UFC 200 2016. Also, at UFC 200, Cain enjoyed $300,000 winning against Travis Browne.

Cain Velasquez was born in Salinas, California. He went to Iowa Central Community College after graduating from Kofa High School. At Iowa, he managed to win the NJCAA National Championship while earning an Associate's degree. Later on, he went to Arizona State for Bachelor's degree in Education. In November 2011, ESPN and NBC Sports rated Cain as a two-time 5A state champion in Arizona. These early accomplishments supported him to pave way for his upcoming successful fighting career. Cain Velasquez made his first professional fight in MMA in 2006. He won his debut match against Jesse Fujarczyk by TKO(punches). Also winning his second match against Jeremiah Constant, this made him feared by his opponents.

Without another opponent willing to fight with him in MMA, Cain Velasquez burst onto the UFC scene in 2008. Despite some critics doubting for his premature move to the UFC, the heavyweight juggernaut quickly silenced the skeptics with consecutive wins over Brad Morris, Jake O’Brien, Denis Stojnic, Cheick Kongo, Ben Rothwell, and MMA legend and former UFC and Pride Heavyweight Champion Antonio Rodrigo Nogueira. One of the major highlights of his career was when he defeated that time title holder Brock Lesnar with convincing technique and swiftness in escaping difficult positions to weather a gruesome attack from Lesnar to seize the control of the fight. This win would grant him the title. Cain was unable to defend his title against Junior Dos Santos. He lost the match by TKO with the victor walking away with the belt. Cain surged for his redemption as he faced Antonio Silva at UFC 146 and succeeded to dominate him. This prompted rematch against Junior Dos Santos at UFC 155. Cain Velasquez was once again able silence his doubters by dominating the match in a convincing manner. Furthermore, he was able to successfully defend his title for the first time by defeating Antonio Silva at UFC 160. Once again he met Dos Santos at UFC 166 to complete their trilogy and for the crown. Cain was able to stop him in the fifth round to retain the title. After the fight, Cain suffered a shoulder injury and was sidelined until late 2014. He made a comeback in 2015 but lost against Fabricio Werdum, his only second loss in his career. In July 09,2016 he cruised over Travis Browne by TKO.