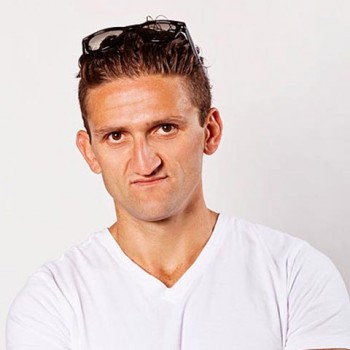 Facts of Casey Neistat’s net worth

Casey Owen Neistat is a famous American YouTube persona, an aspiring filmmaker, talented actor, respectable vlogger, and one of the two founders of the popular social media company named 'Beme.' Casey's current net worth is estimated to be $2 million.

In 2010, Owen along with his brother Van created the critically acclaimed HBO television show 'The Neistat Brothers.' He earned a good sum of money from the project. The money from the television show helped him kick start his Youtube career and the social media company. Casey and his brother Van has also created over two hundred films. Besides his filmmaking, vlogging and acting career, he has also been successful in the advertising industry and public speaking. In fact, Casey has directed commercials for the world--famous brands such as Samsung, Nike, Google, and more.

Analyzing his net worth and salary in-depth, he earns around five hundred eighty-eight thousand US dollars. The estimate was calculated subtracting the tax amount from the yearly estimated revenue of about nine hundred thousand US dollars, according to the aspiring Youtuber, Alex.

Prior to 2015, Casey didn't monetize his Youtube video, but later in 2015, he decided to monetize them to assist his son Owen to go to college. His YouTube channel has more than 5 million subscribers and more than 1 billion total views.

Casey’s earlier days was full of struggle. He took jobs like dishwashing, cooking, and bike messaging during his early, struggling years. Casey days changed after he moved to New York and met the artist Tom Sachs. The man with artistic mind helped him and his brother Van to make a series of movies about sculptures.

Born in Gales Ferry, Connecticut on March 25th, 1981, Casey grew up in Connecticut, United States. At the age of 15, he decided to drop out of 10th grade when he was studying at the Ledyard High School. At the age of 20, he finally moved to New York City after residing in a trailer park for about 3 years with his then-girlfriend and their son.

Owen came into limelight internationally when he and his brother Van made a three-minute film entitled 'iPod’s Dirty Secret' in 2003. The movie starts with Casey making a phone call to the Apple Support 800 number. Casey created the short film to aware people about iPod's no battery replacement policy. The movie not only gained immense popularity but also forced Apple to change its battery replacement policy.

Casey became a daddy at the age of 17. He has a son with his then-girlfriend, Robin Harris.

Casey wedded Candice Pool and eloped to Houston, Texas in the year 2005. The marriage lasted only a month and ended with an annulment. However, the pair got engaged in the year 2013 and tied their wedding knot on December 29, 2013. The pair shares a beautiful daughter, Francine.