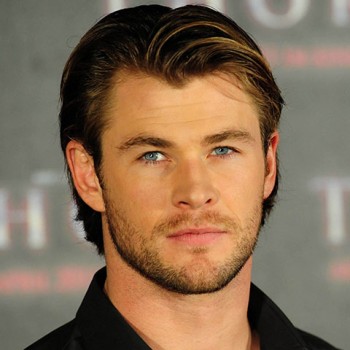 Facts of Chris Hemsworth’s net worth

Australian actor Chris Hemsworth is best known for starring in mega-hit movie franchise such as The Hunger Game series, Thor series, and Avengers series. According to Forbes, Chris earned $27 million from June 1, 2014, to June to 2015, increasing his net worth to 80 million and gaining the title highest paid Australian actor in the world. In 2015, he earned 30 million plus. However, in 2016, he made below 20  million. Hemsworth is not only an earning man but also an active philanthropist. He is actively involved in “The Australian Childhood Foundation.” The organization is helping children suffering from negligence and child abuse.

Before carving his path into the film industry, Chris was a role model for several modeling agencies in Australia. Craving for more success, he starred in two episodes of the fantasy television series, Guinevere Jones, as King Arthur in 2002.  Later, he appeared (200-2007) in the part of Kim Hyde in Australian Soap Opera, Home, and Away. The role made him a household name. In 2006, Chris also participated in the fifth season of Dancing with the Stars Australia. Chris and his partner Abbey Ross were eliminated after six weeks. In 2009, Hemsworth appeared as James T. Kirk’s father, George Kirk, in the opening scene of J.J. Abram's movie, Star Trek, in 2009. The same year, he also performed in the hit American Thriller, A Perfect Getaway. Moreover, in 2011, he landed up the in the biggest lead role of his career,  Thor,  in 2011. After the success of the Marvel superhero Thor, Chris never had to look back. He then appeared in a number of hit big budget movies, including The Cabin in the Woods, Thor: The Dark World, The Avengers, Snow White and the Huntsman, Star Trek Into Darkness, Rush, Blackhat, Avengers: Age of Ultron, Vacation, The Huntsman: Winter’s War, Ghostbusters, and Doctor Strange.

https://www.youtube.com/watch?v=fs6wT00udeY Chris Hemsworth will be back in 2017 with another franchise of Thor, Thor: Ragnarok. He is also set to appear in Avengers: Infinity War and an untitled sequel, scheduled to release in 2018 and 2019 respectively. Nevertheless, fans will also see him reprising his role as George Kirk in the fourth film of the rebooted Star Trek Film Series.

Just like his professional life, Chris is equally successful in his personal life. The 33 years old actor is happily married to his wife, Elsa Pataky, who is a Spanish model, actress, and film producer. The pair first met in early 2010 with the help of their mutual representatives. Elsa and Hemsworth turned their dating relationship into a legal marriage in December 2010. The pair shares three children, one daughter, and twins sons born in 2012 and 2014. The happy family moved to their native place Byron Bay, Australia from Los Angeles in 2015.