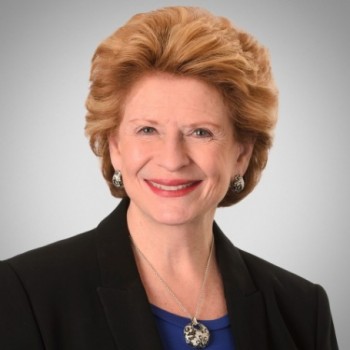 Facts of Debbie Stabenow's Net Worth

Who is Debbie Stabenow?

Debbie Stabenow is the Democratic Party Member, Senior Senator from Michigan. She served as the Senator for last 16 years & also served as the member of the U.S. House of Representatives from 1997-2001.

Know Net Worth of Debbie Stabenow

She began her initial political Career in the Michigan House of Representative, she served there from 1979 to until her election in State Senate in 1990. She served as the Senate until 1994 & later got elected to U.S. House of Representatives in 1996. She served in that position until her election to U.S. Senate in 2000. She is the ranking member of Senate Committee on Agriculture, Nutrition & Forestry, member of Senate Committee on Finance, Budget, Energy & Natural Resources. In 2013, Stabenow ranked 13th in the Liberal rankings while in 2011 & 2012 she ranked 22nd in the Liberal rankings. Debbie Stabenow Campaign Committee has raised over $10.6 Million & spent over $11.6 Million in 2012 Senate re-elections. Primarily she has defeated Pete Hoekstra, Scotty Boman, Harley Mikkelson, Richard Matkin & John Little in general election on November 6, 2012, securing 58.8% of votes. According to Multiple Outside Rankings, Debbie Stabenow has voted Democratic Party on the majority of Bills, she is the average Democratic member of Congress. Stabenow endorsed Hillary Clinton primarily for the Democrats in the 2016 U.S. Presidential Election.

Stabenow was born in 1950 in Gladwin, Michigan & went on to attend high school in Clare. Debbie is the daughter of Anna Merle & Robert Lee Greer. She has graduated in Bachelors in Arts & post-graduated in Master in Social Work from Michigan State University in 1972 & 1975, respectively. She has also been involved in Social Work.

In her personal life, Debbie Stabenow was married to Dennis Stabenow, they divorced in 1990. Stabenow lives in Lansing, Michigan. She is the mother of two children, Michelle & Todd. Stabenow wedded Tom Athans in 2003, the co-originator of Democracy Radio & former executive vice president of Air America, she also has the step-daughter named Gina. Stabenow & Tom Athans divorced in 2010 after the police investigation, Tom Athans was charged as a part of a prostitution sting operation.