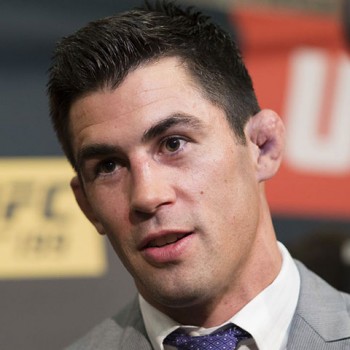 Facts of Dominic Cruz’s net worth

The beast of World Extreme Cage fighting, Dominick Cruz is a fighter by his profession with an estimated net worth of $1.5 million.

Cruz main source of income has always been fighting. Where he has the record of being amateur wrestling in his high school. Dominick Cruz’s annual salary is $250,000 while he collected $324,000 in 2015-16 and $170,526 in 2014-15 followed by $109,831 in the year 2013-14 as his salary. Dominick Cruz walked into the success path from the age of 19, and went to boxing gym in Tucson, Arizona. Cruz began his professional mixed martial arts (MMA) from the year 2005, and has competed in the Rage in the Cage and Total Combat. Dominick Cruz made his debut by fighting with Eddie Castro and won the match brutally. He made the MMA record of 22 wins in total of 23 bouts which is simply outstanding. Cruz made his WEC debut in 2007 against Urijah Faber, despite of trying hard, he fail to gain the win. However, he won eight fights after the dropped down division. Charlie Valencia, Ivan Lopez, and Joseph Benavidez fight made him famous among several fights. Besides, it also help to boost his yearly salary and overall net worth.

Coming to the “Dominator” personal life, he seem to be pretty introvert. Cruz’s father belongs to Mexican-American descent while he grew up with his brother and mother in Tucson. Cruz went to Flowing Wells High School and has received the Flowing Wells Athletic Hall of Fame in 2012. Before coming to fighting, he has study firefighter in community college and has also worked as Customer service representative.

With the cold war between the giants, Dominick has added extra flavor in favor of the cage war. According to MMA News, it has been confirmed that Cruz has eyes on Cody girlfriend. The story started when Garbrandt’s girlfriend posted picture of Cruz getting submitted in WEC by Urijah Faber. In returns, Cruz commented on her Instagram and left her private message. The fighters are supposed to face each other at the end of December this year.