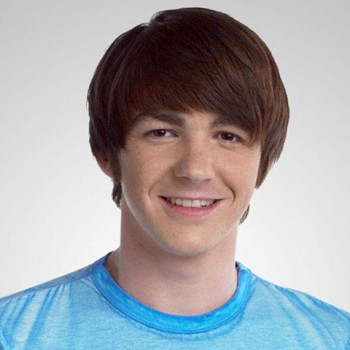 Facts of Drake Bell’s net worth

Jared Drake Bell born on 1986, June 27, is an American actor, voice actor, comedian, singer, songwriter, and multi-instrumentalist. He once had an estimated net worth of $2.7 million.  He currently holds a negative net worth of minus $600 thousand. According to his bankruptcy document, Bell's salary/earning was just $2,820 per month in 2013. Prior to the bankruptcy, he was actually earning $408,000 a year.

Drake came into the limelight at the age of five because of his televised appearance on Home Improvement. During the initial phase of his career, he appeared in numerous commercials. Later, he gained national recognition from Nickelodeon’s The Amanda Show followed by its spin-off, Drake & Josh. Late, he successfully starred in numerous movies as actor and voice actor. American Satan, The Nutcracker Sweet, Frozen in Time, Adventure Planet, The Nutty Professor, Perfect Game, High Fidelity, Jerry Maguire, and Drifting School are some of his notable movies.  And his notable tv works include Home Improvement, Gun, Over the Top, The Pretender, The Jack Bull. The Amanda Show, Drake & Josh, iCarly, Spider-Man/Peter Parker, and Ultimate Spider-Man. Winning nine Nickelodeon’s kids choice awards, other honors, and Tv/movies stints have not been enough for Drake. He has also carved a successful career in music. Bell started his music career in the early 2000s. Jared made his musical debut while he was enduring The Amanda Show. He co-wrote and performed the Drake & Josh theme song entitled “Found a Way”. Bell released his debut album Telegraph in the year 2005. Later, he released his second album "It’s Only Time" in 2006. The musician was associated with Universal Motown Records when the song debuted at #81 on the Billboard 200. Drake released his last album Ready Steady Go! in 2014, which ranked at #182 in Billboard 200. In 2017, he will be appearing in 3 upcoming movies, namely American Satan, Bad Kids of Crestview Academy, and Cover Versions.

Drake Bell was born in Newport Beach, California to the parents, Robin Dodson and Joe Bill. He grew up with his other three brothers.  Bell later graduated from the Orange County High School of the Arts. Despite suffering from a career-threatening accident in 2005, Drake managed to purchase 2,640 square foot house in Los Feliz for $2,050,000 in 2007. Surprisingly, in 2014, he filed for bankruptcy in California before the house was taken in foreclosure. In his documents, Bell stated that he was near $600 thousand dollars in debt, out of which IRS owned the major share. Even after selling his lavish house, he still owed around $600,000 million to several creditors and mortgage.