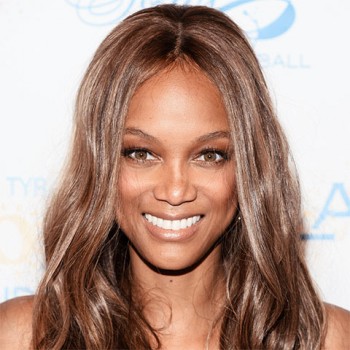 Facts of Tyra Banks’ net worth

Tyra Banks is an American supermodel, actress, occasional singer, personality actress, teacher, philanthropist, music video model, and businesswomen. In 2009, she made a whopping 30 million. Her current estimated annual income is $10 million. Tyra is an executive producer, a former presenter, and a judge of America's Next Top Model.

Banks was only 6 when her parents divorced, and only 11 when she grew 3 inches and lost 30 pounds. Her friends used to tease her for her appearance and call her an "ugly duckling." She graduated from the Immaculate Heart High School in 1991. Tyra's professional journey began when she started her modeling career at the age of 15. Tyra had finally joined L.A. Models after facing rejection from four modeling agencies. She later joined Elite Model Management at the age of 16 before moving to Milan. At the 1991's Paris fashion week, she was booked for 25 shows. It was her first runway season. Later, she appeared editorials of several famous magazines, including  Vogue, Elle, Harper’s Bazaar, V, W, and Vanity Fair. Gaining magnificent recognition all over the fashion industry, she later marched the runways for Chanel, Yves Saint Laurent, Oscar de la Renta, Anna Sui, Christian Dior, Dona Karan, Calvin Klein, Giorgio Armani, Michael Kors, and more. Her movie credits and TV works have also been supporting her net worth. She started her on-screen career TV  from the fourth season of The Fresh Prince of Bel-Air in 1993. Her notable television credentials are  Felicity, All That, MADtv, Nick Cannon’s Wild ‘n Out, The Price is Right, America's Next Top Model (2003-2015), The Tyra Banks Show (2005-2010), FabLife, and Blackish, Likewise, she has also poured her magic in in movies such as Higher Learning, Life-Size, Love Stinks, Live & Basketball, Coyote Ugly, Halloween: Resurrection, and Hannah Montana, and Life-Size 2.

Tyra hit the big jackpot when she produced "The Tyra Bank Show, via her own production company, Bankable Productions. Bankable Production later produced the movie The Clique and America’s Next Top Model. Banks later won the Daytime Emmy Award for her outstanding performance on The Tyra Bank Show. Nonetheless, Banks also serves herself as an author and writer. She is the author of the hit books, “Tyra’ Beauty, Inside and Out," and "Modelland." Similarly, she has her own cosmetic brand, Tyra Beauty. Likewise, she also runs a fashion and beauty website named typeF.com, and a cosmetic e-commercial site named tyra.com. Importantly, she is a personal branding guest lecturer at Stanford Univerity.

Tyra has spoken about her relationship in the past. She has stated that she had been a victim of emotional abuse in an abusive relationship. Since 2013, the 42-year-old supermodel has been dating Norwegian photographer Erik Asla. The couple welcomed their first son, York Banks-Asha on January 27, 016, via surrogacy.