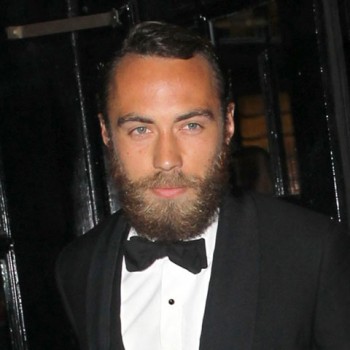 James William Middleton is an English businessman with an estimated net worth of £2 million. He is the owner of the two companies, "Boomf." Nevertheless,  he is the younger brother of Princess Catherine, Duchess of Cambridge. Previously, he was also running  other companies include Nice Cake, Nice Wine, Nice Group London, and the award-winning venture " Cake Kit Company." In 2015, James decided to solely focus on Boomf after it suffered a loss of $312936.44. James was interested in cake making and party-organizing since his childhood. His mother Carole initially introduced him to cake making. He was intrigued by his mother recipes and decided to bake himself.

After leaving his environment resources management course in 2007, he went to meet his family when the idea of making themed birthday cake struck him after reading an article which said: "a mother’s baking is one of the most powerful childhood memories."

‘It’s always been, whether at school or now, that I am Pippa and Catherine’s little brother. It’s probably going to be the story of my life. [But] I am James Middleton. I am very proud to be “the little brother of…” but, equally, they are proud that I am who I am.’ -James in an interview with Dialymail in November, 2016

Later, James developed birthday-cake packs on themes such as lions, rockets, football, fairies, and more. He then sold the packs for $20.5 each through the Middletons’ Party Pieces company.

Born on 1987, April 15 in Reading at the Royal Berkshire Hospital, James is the youngest child of the parents, Michael Francis Middleton and Carole Goldsmith. Middleton went to St Andrew’s School, Pangbourne, and later to Marlborough College. Later, he dropped out from the  Edinburgh University, just one year into the degree, to start his own business. Currently, he is dating English Media Personality Donna Air, whose Twitter bio reads:

James and Donna are currently living separately. Recently, James went to Hong Kong to expand his personalized marshmallow venture, Boomf. Donna is also the mother of a 12-year-old daughter, Freya.