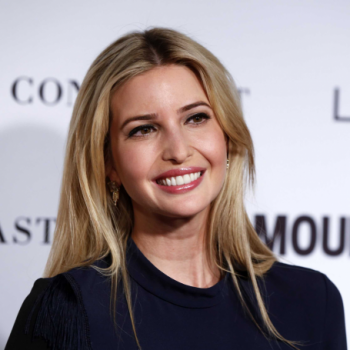 Ivanka Trump, the eldest daughter of U.S. President Donald Trump, has a speculated personal net worth of around $300 million dollars. The second-oldest of Trump’s children, Ivanka is a well-established businesswoman and fashion designer. 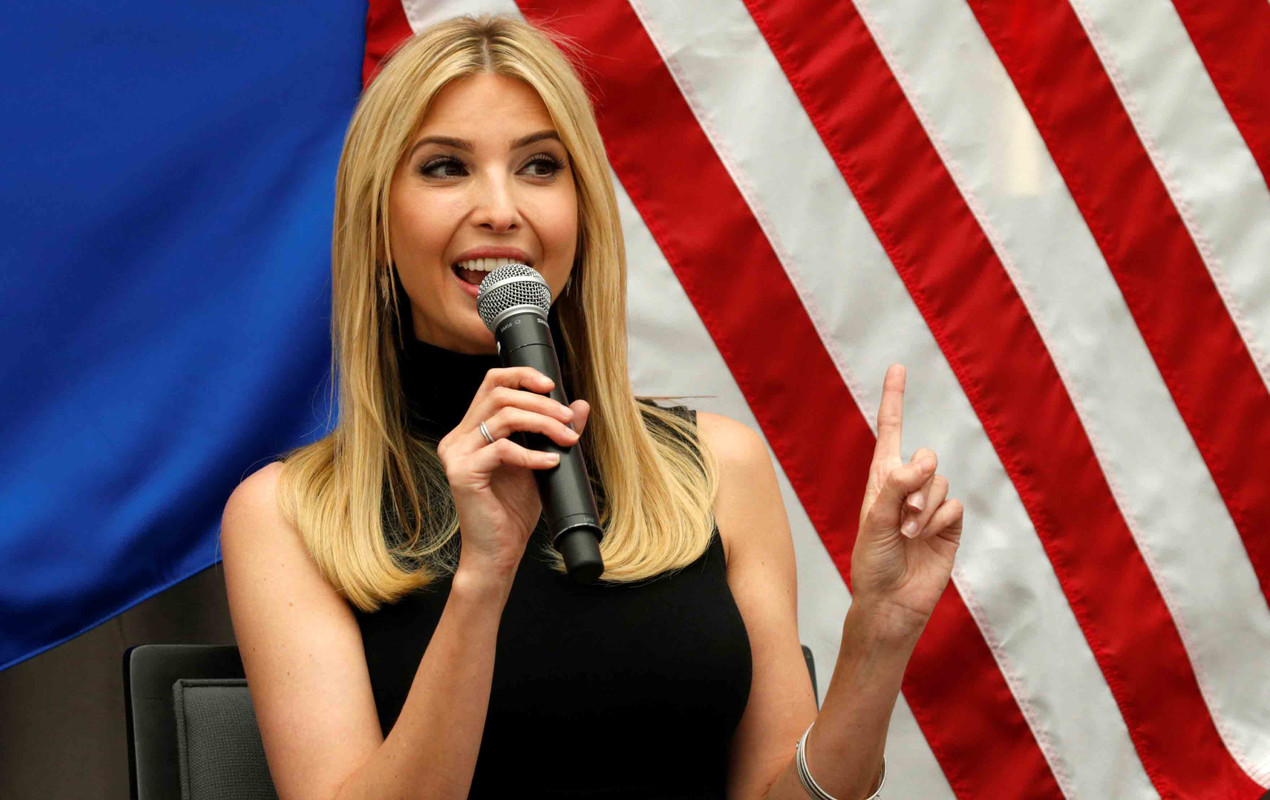 Ivanka Trump has been part of multiple business ventures, both personal and family-related. Trump was reported to earn at least $12.6 million since 2016. There are reports which suggest that she would make at least $1.5 million a year even after leaving her business career to work with her Father and husband in the White House. A report published in 2017 claimed that Ivanka and her husband make at least $82 million a year for their ventures into real-estate, books, jewelry, and brokerage services among many.

Ivanka Trump currently lives in the neighborhood of Washington, D.C. with her husband, Jared. The house is built in an area of around 8200 square feet. The couple rented the housed for $15,000 per month previously and finally bought the house later. 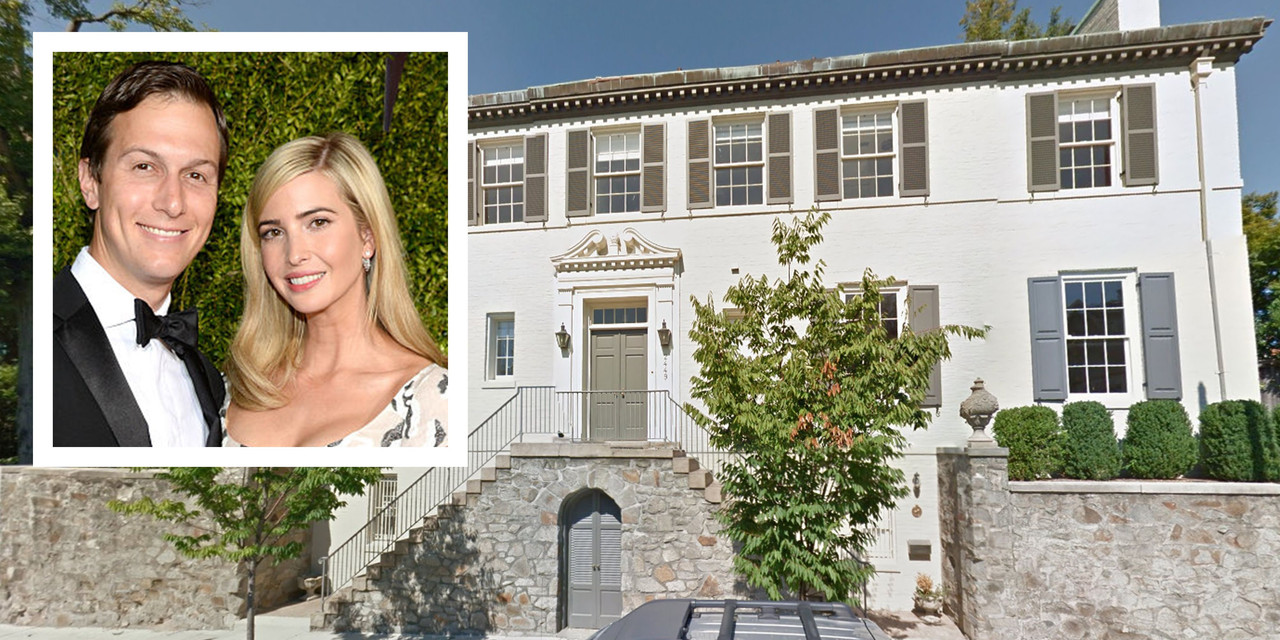 Ivanka sold her house in New York. The house was sold for an amount of around $5.5 million. 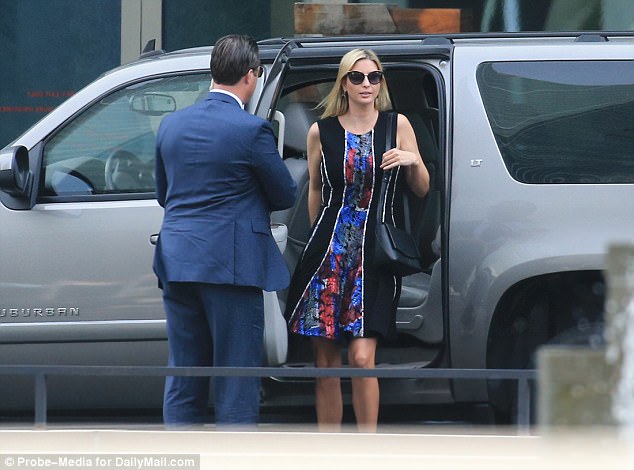 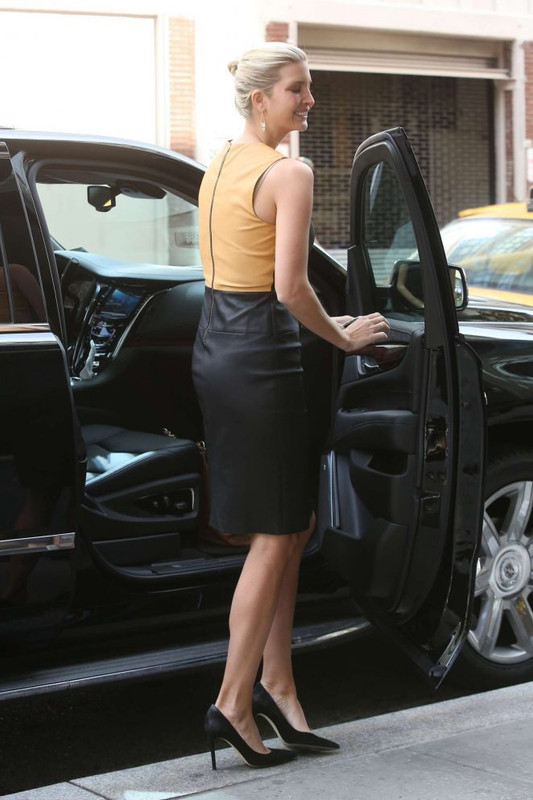 Ivanka Trump loves to donate and make campaigns, she is involved in charity works. Back in 2007, Ivanka donated an amount of $1,000 to the presidential campaign of Hilary Clinton. Also, Mitt Romney was endorsed for president by Ivanka Trump in 2012.

Moreover, Ivanka along with her husband, Jared Kushner hosted a fundraiser program in 2013 for Democrat Cory Brooker. The amount raised for Booker’s U.S. Senate Campaign was more than $40,000.

Her involvement in charity works is remarkable as she is tied to several Jewish Charities like Chai Lifeline, United Hatzalah, and others. She and her father, Donald made a donation in six- figures to the organization.

In addition, Ivanka Trump donated half of the advanced payments of her book, Women Who Work: Rewriting the Rules for Success to the National Urban League and the Boys and Girls Clubs of America. She also added that the royalties exceeding the advances would be given to the charity.

Career and Achievements of Ivanka Trump

Ivanka Trump started her career as a model. Ivanka appeared in print advertisements for Tommy Hilfiger and Sasson Jeans. As a runway model, Trump walked for Versace, Marc Bouwer, and Thierry Mugler and appeared on the cover of Seventeen. Ivanka gave up on her modeling career to focus on her business ventures. 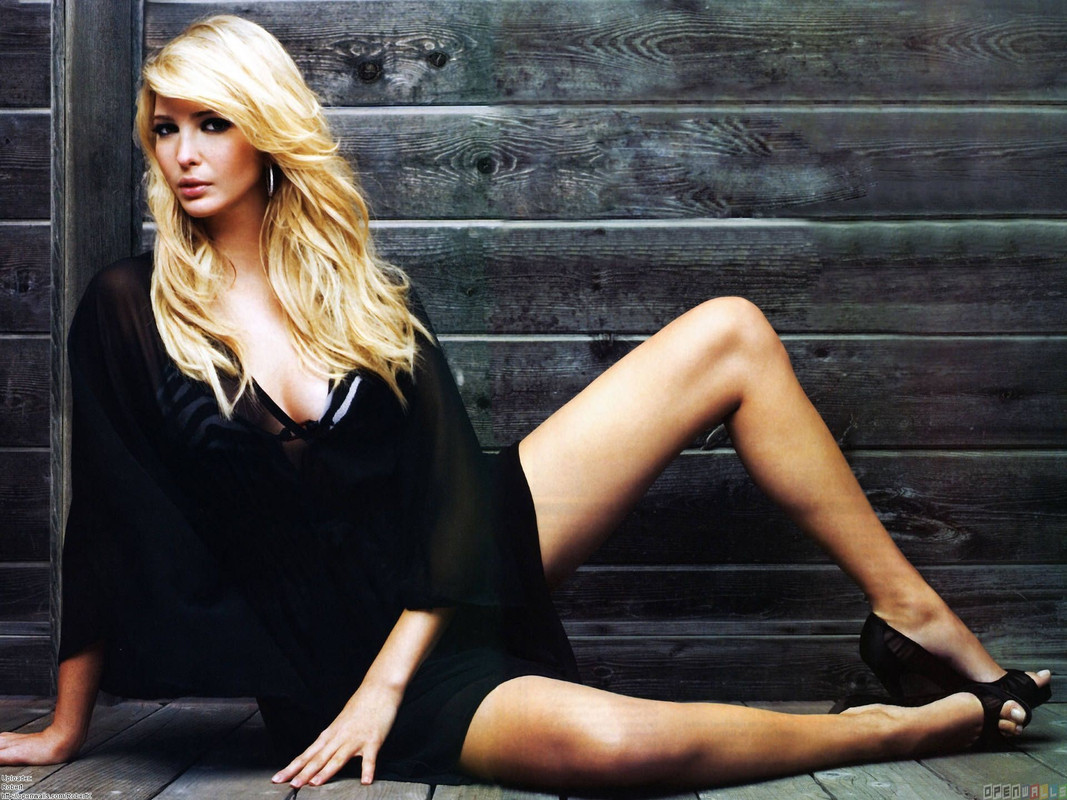 After Ivanka Trump joined the Trump Organization, she took her experience from the modeling industry to start her own empire of jewelry, shoes, and apparel lines. In 2007, Ivanka developed a partnership with Dynamic Diamond Corp. which resulted in the creation of Ivanka Trump Fine Jewelry. The line of diamond and gold jewelry was sold at Ivanka’s first flagship retail store in Manhattan which later moved to SoHo from its original location in Madison Avenue.

Ivanka Trump has appeared on many TV shows. Ivanka was a frequent guest on The Apprentice, her father’s show. As a teenager, Ivanka hosted the Miss Teen USA Pageant, another property owned by her father. Trump and her husband, Jared Kushner, appeared in the sitcom Gossip Girl, portraying themselves. Ivanka Trump has also published two books: The Trump Card and Women Who Work. Both of the publications are self-help books and have been rumored to be written by multiple ghostwriters.

Ivanka Trump was heavily involved in the Presidential campaign of her father. After Donald Trump was elected to be the president, Ivanka landed a coveted position of Advisor to the President. Ivanka takes no salary for her work at the White House. Ivanka has compared herself to Julie Nixon, daughter of Richard Nixon. Both women are known to defend their father’s presidency amid a whirlwind of allegations and controversies.

Ivanka Trump’s personal life has always been under the spotlight. During her college years, Ivanka was romantically involved with Greg Hersch, an investment banker. The Trump daughter also dated James “Bingo” Gubelmann for four years. 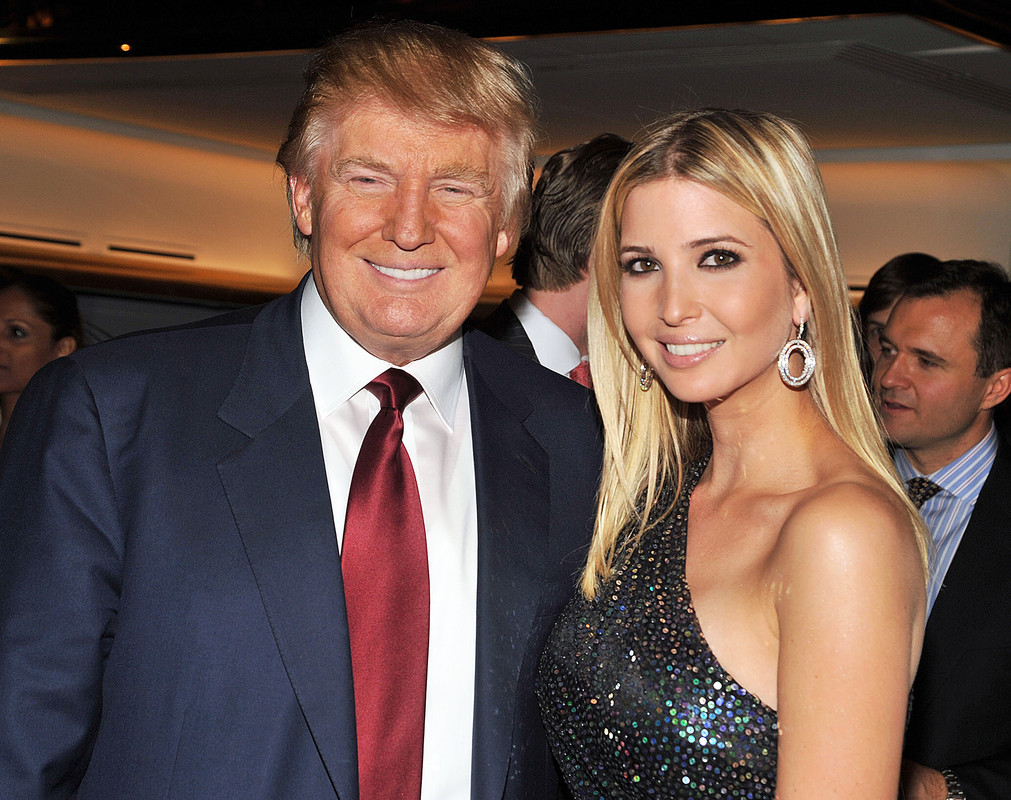 After breaking up with Gubelmann, Ivanka Trump started dating real estate developer Jared Kushner. The couple broke up in 2008 after Kushner’s parent disapproved of their romantic relationship. However, the couple rekindled their relationship shortly after. Ivanka, a Presbyterian Christian, converted to Orthodox Judaism following her marriage with Jared Kushner, an orthodox Jew. The couple has three children together. Ivanka has been vocal about her postpartum depression following each of her pregnancies. 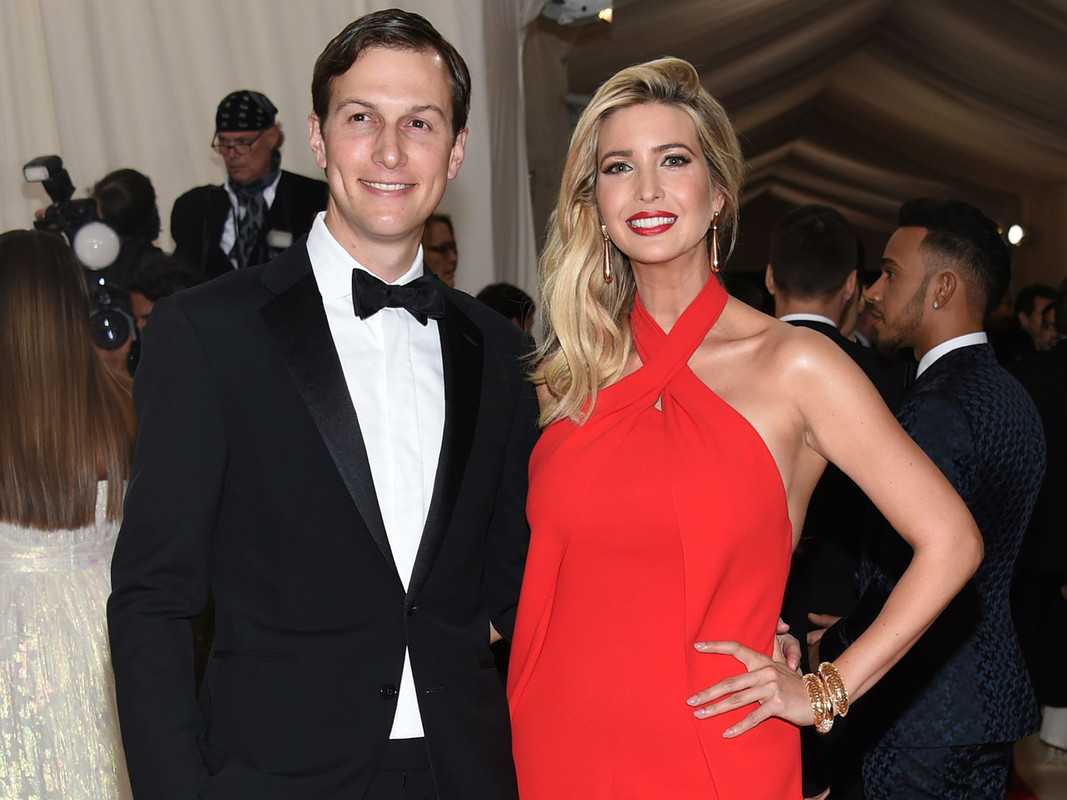