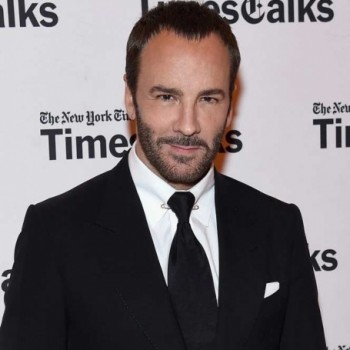 Facts of Tom Ford Net Worth: A Fashion Designer, his earnings, career on Gucci, relationship, family

Tom Ford is an American fashion designer, screenwriter, film producer, and film director with a net worth of $500 million. 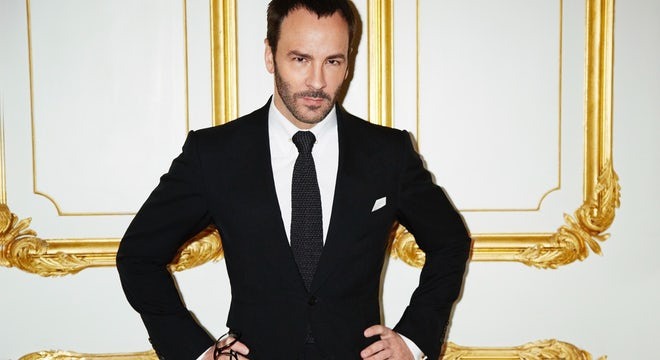 The simple utterance of the name Tom Ford brings to mind style, flamboyance, and class! One of the 21st century's most prominent fashion designers, he is the mastermind behind turning Gucci's fate from being a mere dilapidated accessories brand into one of the world's most desirable luxury brands.

Tom Ford earned his Incomes from Gucci and YSL as creative director and creator of the Tom Ford brand in fashion.  After bagging a degree in interior architecture at The New School's art and design college, Parsons The New School for Design in New York City, Tom Ford went on to become one of the best designers in the world but he didn't design houses at all. Instead, he's now a world-class American fashion designer, film director, screenwriter, and film producer who shot prominently as Gucci and Yves Saint Laurent's creative director.

Ford is mainly remembered for pulling all the stops to revamp the Gucci Italian fashion house that was struggling financially in the 1990s. By 1999, the deteriorating fashion house on the brink of collapse when Ford joined was valued at more than $4 billion. Sadly, after he and CEO Domenico de Sole failed to agree with Pinault Printemps Redoute boss on group control, he left the house. Notably, in the success of Gucci, de Sole is credited as Ford's partner. Ford later launched his eponymous luxury brand in 2006 and also directed the A Single Man (2009) and Nocturnal Animals films nominated for the Academy Award.

Tom Ford is the epitome of "the luscious man," so we did some digging and came across some pictures of his former home at 26 Gilston Road, Chelsea, plus a couple of his Paris, Los Angeles, and New Mexico properties.

The famous designer bought this amazing estate nearly 2 years ago in L.A.'s tony Holmby Hills hood, and according to TMZ's building permits. It gets a serious facelift. 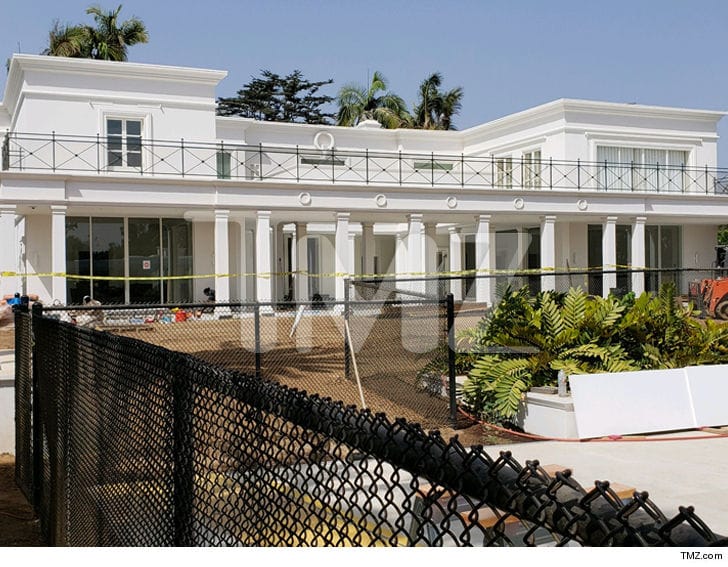 Tom's upgrades include converting the porch into living space, turning an existing pool house into a guest house, remodeling the second floor, and creating 2 rec rooms on the first floor.

Tom also plans to install an elevator and wheelchair lift and gate— plus renovating his tennis court and plastering and remodeling the swimming pool.

The mansion once belonged to Bloomingdale's heir. When Tom bought the place in December 2016, it was already amazing— 9 bedrooms, 7 bathrooms, a wood-paneled library, a billiard room and a caterer's kitchen with a dining room for the staff.

The legendary designer was born to realtors Shirley Burton and Thomas David Ford in Austin, Texas on August 27, 1961. He lived in the suburbs of Houston, Texas, and in San Marcos outside of Austin for most of his childhood, but his family later moved to Santa Fe, New Mexico when he was 11. There he started school at St. Michael's High School and later transferred to and graduated from Santa Fe Preparatory School in 1979.

Ford was 16 when he enrolled at Bard College at Simon's Rock where he dropped out and moved to New York City to study art history at New York University (NYU). After a year, he also dropped out of NYU and opted for interior architecture at the art and design college of The New School, Parsons The New School for Design. Although he graduated with a degree in architecture, Ford spent more than a year in Paris working as an intern in Chloé's press office. This inspired his interest in fashion, so he spent his final year studying fashion at The New School.

After graduating with a degree in architecture, Ford found himself drawn to fashion. Hiding his degree certificate, he channeled his inner fashion genius. He managed to convince American designer Cathy Hardwick to hire him, after which he spent two years working with her as a design assistant. He moved on to the brand of clothing, Perry Ellis, with whom he also worked for two years.

In an effort to explore his horizon, Ford decided to enter the world of European fashion that he described as "classier." He was appointed as the chief ready-to-wear designer of the struggling European brand, Gucci, and relocated to Milan in 1990 to make a groundbreaking change in the company's future.

After taking over as Gucci's design director, it took him a few months to expand the company's menswear and other apparel sections. In 1994, he was promoted to the position of creative director with credits for a revamped fashion style that included the brand's hipsters, satin shirts and metallic boots. Notably, in his younger days as a student, his fashion sense and style were mostly inspired by the disco-era.

He made his directorial debut with' A Single Man,' released in 2009. The film was considered unconventional and the audience and critics received rave ratings. The movie went on to collect a total of $24,964,890 at the box office and was featured at a number of prominent festivals including the 2009 Toronto International Film Festival.

Tom is a married man. He is married to Richard Buckley, a journalist and former editor-in-chief of Vogue Hommes International. The couple met when Ford was 25 years old in 1986 and Buckley was 38. They were together in April 2014 for 27 years before the tied knot. They also have a son together that was conceived by a gestational surrogate. 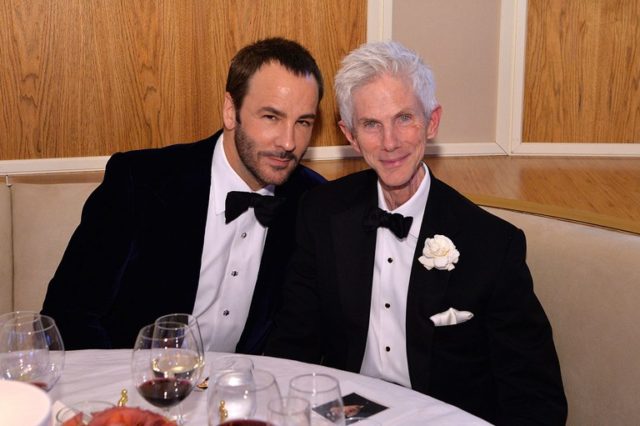 Ford's first lover was Ian Falconer, an American artist who writes books for children. He spoke about this in several interviews. Falconer is known for writing and illustrating the book series of the very popular Olivia the Pig children.