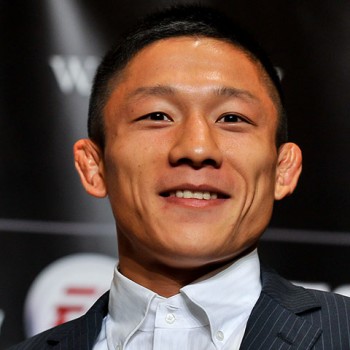 Facts of Kyoji Horiguchi Net Worth

Kyoji Horiguchi is a Japanese mixed martial artist with an estimated net worth of $128,000. Horiguchi collected such huge net worth with the help of his furious fist. Whereas, he currently competes in Flyweight division of the UFC. In the contrary, he is the former Shooto Bantamweight Champion and ranked #4 in UFC flyweight ranking.

Born on 1990, October 12 in Japan, he started to learn Karate at the age of 5. The skillful soon went for full competition and by the age of 16, he knew what he wants to do in his life. He trained himself at Krazy Bee Gym and made his professional MMA debut in the year 2010. But before MMA, he was a Bantamweight fighter. He fought excellently with Seiji Akao and finished him by TKO in the second round. In the path of winning the championship, he defeated Yuta Nezu, which gain him huge recognition. However, he lost the bout against former Bantamweight Champion. Coming back with the big fist, he took the Shooto Bantamweight championship by defeating Hiromasa Ogikubo. He gains the title via rear-naked-choke on March 16, 2013. He successfully defended his title against Shintaro Ishiwatari and headed towards the big UFC.

Horiguchi made his debut against Dustin Pague at UFC 166 on October 19, 2013. The victorious Kyoji defeated the fighter with TKO in the second round. Gaining the further success, he faced Darrell Montague at UFC Fight Night 40 and won the bouts via decision. He also claims his victory against Jon Delos Reyes and Louis Gaudinot. Kyoji faced his first big defeat when he faced the furious Demetrious Johnson. Kyoji really did well in his first round however, he lost the fight via armbar submission at 4:59 of the fifth round. Though he lost the match, but he never fails to come back again. During the event UFC Fight Night 75 and UFC Fight Night 87, he faced Chico Camus and Neil Seery. Kyoji finished both bouts via unanimous decision. Concerning about his latest bout, he faced Ali Bagautinov on November 19, 2016, at UFC Fight Night 99. The match was a rescheduled match, as it was supposed to take place on October 15, 2016. Horiguchi remains victorious and won the bout via Unanimous decision. Recalling his records, he has the total win of 18 out of 20 matches.