Lance Armstrong is one of the greatest icons in the history of cycling. The professional cyclist has a net worth of $125 million.  He collected nearly $100 million in product endorsements and through public speaking in his career. Sponsors were even ready to pay him $20 million a year due to his popularity. He has been in a controversy many times in his career. He is known for using the performance-enhancing drugs in tournaments during his career. Now he is facing the consequences of his decisions in the past.

Lance Armstrong life is no easy 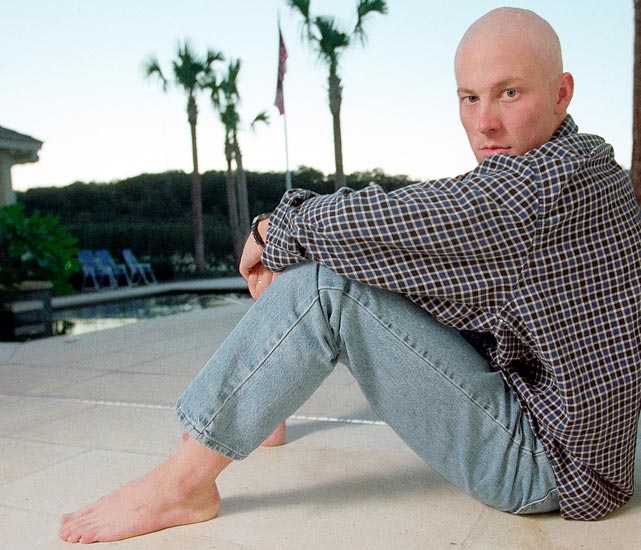 Lance Armstrong is also a cancer survivor. He was a victim of testicular cancer.  He has learned a valuable lesson from his actions and he is trying hard to make the things right. All his endorsement deals with the companies like Nike and Oakley all faded away. His financial state is ruined. He is having a hard time nowadays, spending in and awaiting trials in a courtroom.

How did Lance Armstrong spend his childhood period

Lance Armstrong was born on September 18, 1971, in Plano to Linda Gayle who was a secretary and Eddie Charles Gunderson a manager. They divorced when lance was 2 years old in 1973. His mother married Terry Keith Armstrong a salesman. He adopted lance. 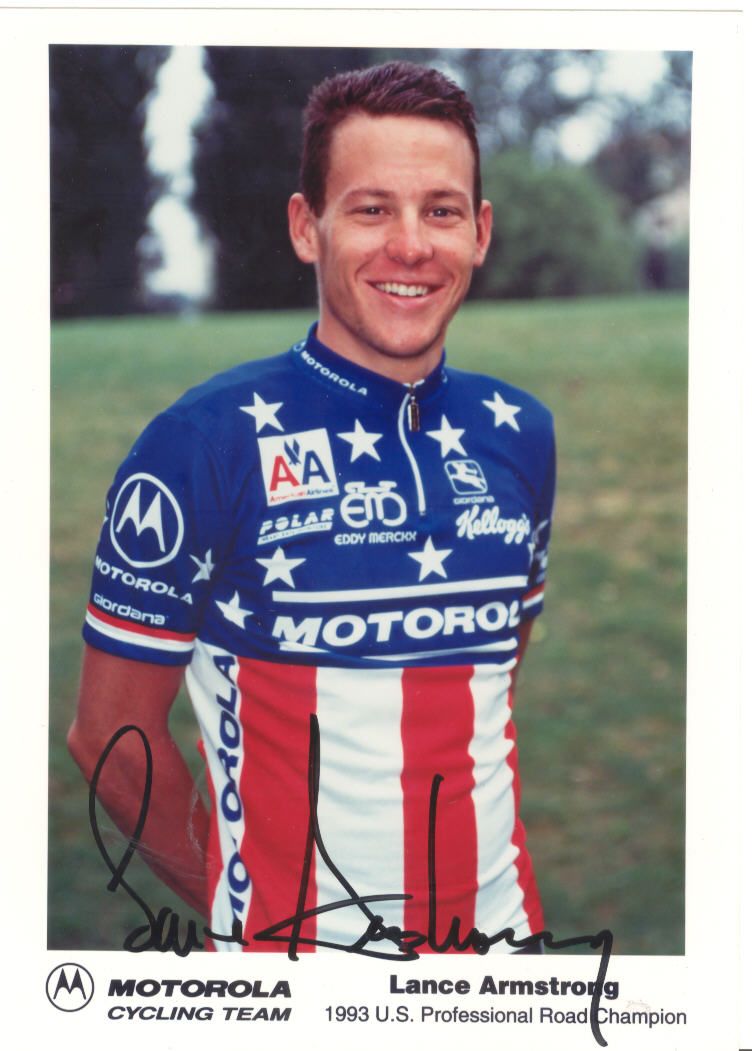 Lance loved athletics from his young, he was actively involved in running and swimming during his younger years until 10. He started his cycling career when he saw the advertising of junior triathlon which he won at the age of 13. He began as a professional triathlete at age 16.Then, he started training with US Olympic Cycling Development team. He was the national sprint-course triathlon champion at the age of 18 and 19.  He began his professional cycling career in 1994 with team Motorola and managed to win thrift drug classic same year. At the age of 21, he won the World Road Race Championship in Oslo, Norway.  In 1995, he won classical de San Sebastian, La Fleche Wallon, and the Tour Du Pont.

Lance Armstrong and his fight for cancer 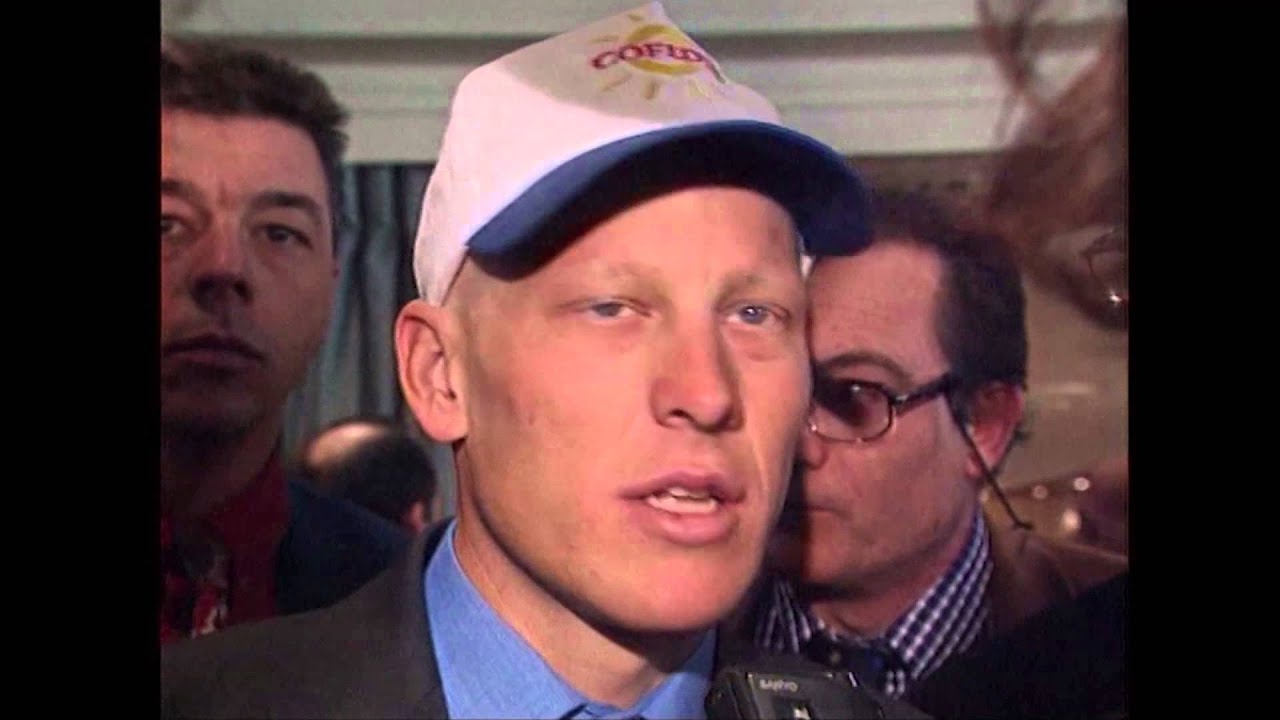 On October 2, 1996, at the age of 25, he was diagnosed with testicular cancer( embryonal carcinoma) which were spreading to his brain, lungs, and abdomen. On December 13, 1996, the treatment for his cancer was done which included removing his testicle. The operation was successful. Lance was declared as cancer-free in February 1997.

Let's have a look at Lance Armstrong's Career and achievements

Lance Armstrong started his training by January of 1998. He started again by finishing 4th at "Vuelta a España". Armstrong won his first Tour de France title in 1999 and won until 2005 for straight 7 years. He won the bronze medal at the Sydney Olympics in 2000. In this period he collected around $50 million only through endorsements and speaking. He announced his retirement in 2005 but again returned in 2008. He was the member of US Postal/Discovery team between 1998 and 2005.  But his form does not seem to be in pace. He again officially announces his retirement in  February 2011 for the second time. Lance Armstrong has won many trophies and events throughout his career. He was honored as a Sportsman of the year by US Olympic committee for four times. He was titled male athletes of the year by the press in 2000. He also won thePrince of Asturias award the same year followed by Jesse Owens International Trophy.

How about Lance Armstrong's property status and activities

Lance Armstrong owns a home of 8,000 sq. ft.  in Texas and Colorado also a ranch in the Texas Hill Country. The property with 8 Bath 6 Bed of Austin, Texas is for sale for $7.5 million to the car racer Bret Curtis. He also sold his 1.7-acre estate located near Camp Mabry.

In 2012, he sold his $80k classic car which was gifted to him by ex-girlfriend Sheryl Crow during his victory in the Tour de France

The married life of Lance Armstrong

The relationship history of Armstrong does not seem to be satisfactory.He got married to Kristin Richard on May 1, 1998. They had three children together. Rumors had he won't be able to have any kids due to his chemotherapy and surgeries but he had a baby naturally. The pregnancies were made possible through the sperm that Armstrong banked years before his treatment of cancer. In 2003, the couple got separated and they were divorced. At the same year, lance starts dating with singer and songwriter Sheryl Crow. 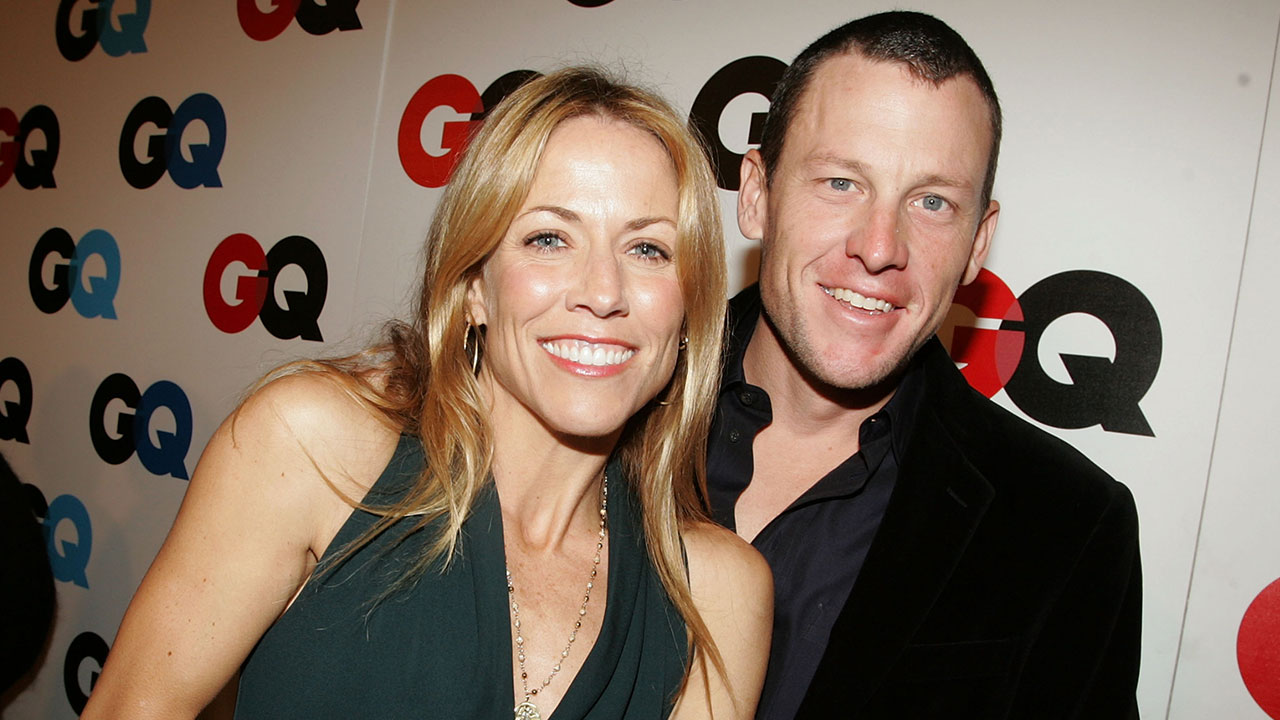 The couple were engaged in September 2005 but they  got splitted in February 2006. In March 2007, he began dating Tony Burch but they broke up in October same year.

Again in july 2008, he met Anna Hansen in a charity programme. They have a child together. This is his fourth child. 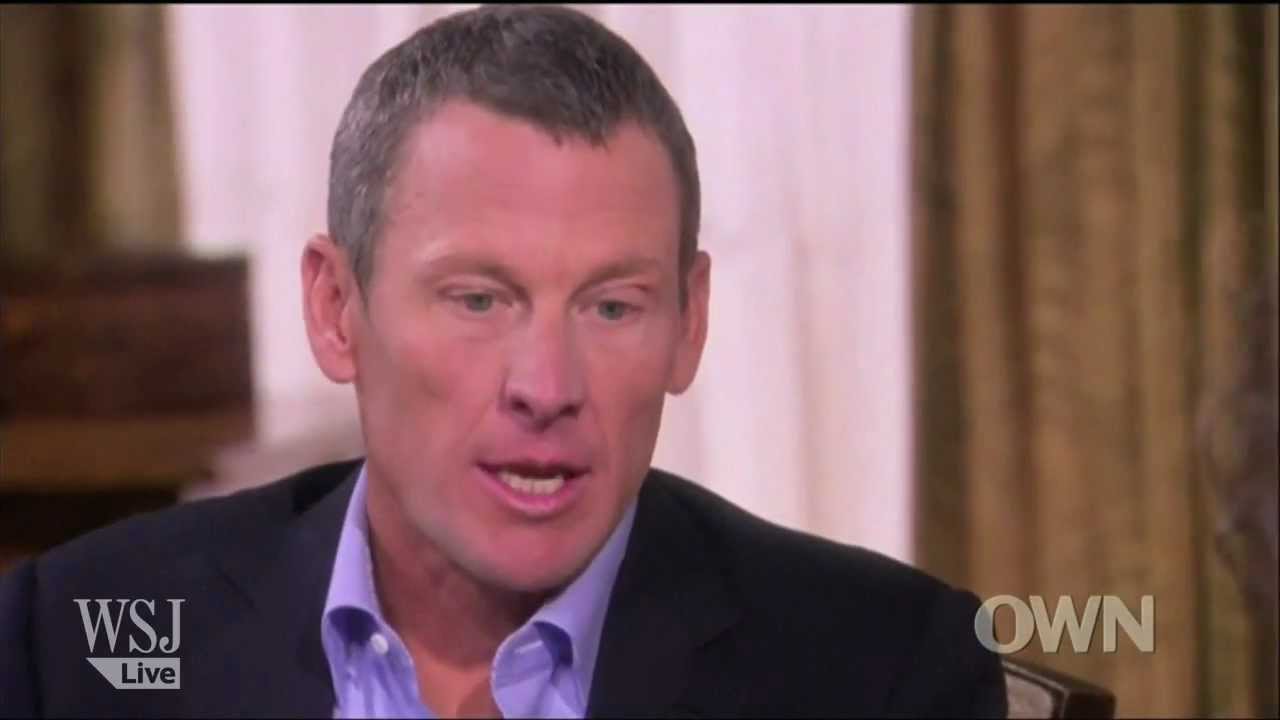 Lance Armstrong is considered to be one of the most controversial figure in the history of sports. He has described himself as the most tested athlete in several interviews. . In 2012,  USADA ( United States Anti Drug Agency) alleged and concluded that he was using drugs to enhance his performances. All his medals and trophies including 7 times tour de france was taken away.All of his records of winnings are erased from the book. He was alleged of doping many times but he denied for almost a decade and he finally confessed and admitted in public ( January 2013) that he used performance enhancing drugs through oprah winfrey show.

Consequences Lance Armstrong is facing due to doping

During his career, he had a several endorsement deals with big and popular brands like Nike, Oakley, Anheuser Busch(BUD) and Radi o Shack Corp.(RSH). Inspired by Armstrong  to fund cancer,  Nike had sold more than 70 million bracelets. Along with his allegations, all of his deals are gone and his financial state is badly impacted. US government filed a lawsuit of nearly $100 million against lance Armstrong for accepting the sponsorships money from U.S. Postal Service while using the banned drugs. Sponsors and  Suppliers who once supported and funded lance in his successful duration of a career are all gone.

Charity interests which are helping lance still to get supporters

Lance Armstrong is a strong fighter. He went through cancer and was cured. He is the big supporter of charity and humanitarian. He founded Lance Armstrong Foundation now called Livestrong  in 1997, which supports and take care the patients of cancer. The foundation has raised more than $325 million through awareness. He also raised millions of dollars through charity ride. He was once one of the nation’s best spokesman.

Lance Armstrong has a bike shop called Mellow Johnny’s that provides funding  to launch a non profit organization “wonders and worries”. This organization aims at providing support and counseling for the children who have parents with serious life threatening diseases. He also  owns a coffee shop in downtown Austin, Texas named Juan Pelota Café.

According to the media, he was found hitting two parked cars in aspen , lucky for him his girlfriend Anna Hansen took the blame.

The social status of Lance Armstrong 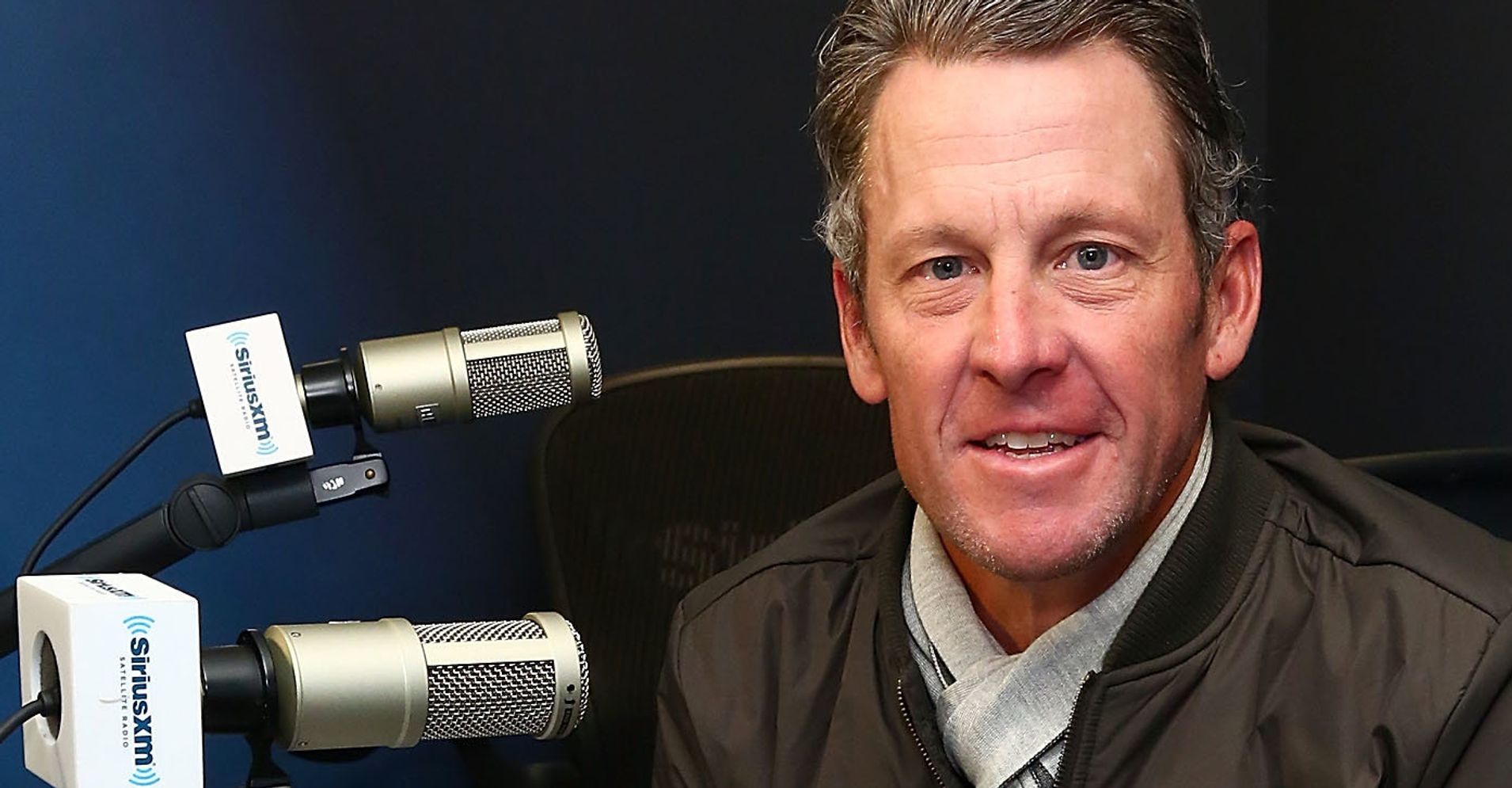 Lance Armstrong is popular in media due to his controversy issues. He is often seen in media. His status is regularly updated and viewed by people from all around the world. He has a large number of followers in his twitter, facebook and instagram accounts. He also got many haters due to his past activities. His realization and will for self improvement is leading him to erase his bad memories. He is trying hard to make up his reputation. He is getting back his reputation with his try and still has millions of followers.