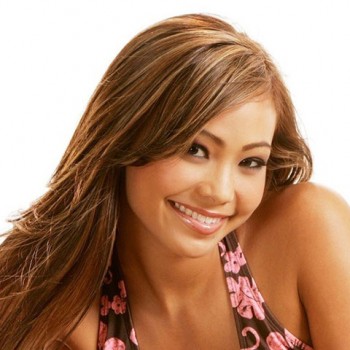 An American mixed martial Michelle E. Waterson artist  who has a net worth of $500,000. She earned an estimated $31,500 salary per match.

Waterson has multiple sources of income. She is earning hefty amounts from her media appearances as well. Nevertheless. "Knockouts" on their calendar has also featured Michelle. Likewise, she has appeared in the music video for the Head Crusher single by the metal band Megadeth. Similarly, she has appeared on television programs such as American Ninja Warrior and Bully Beatdown.

Michelle has been learning karate since the age of 10. She currently holds a black belt in American Free Style Karate. Nonetheless, Waterson has trained herself in WuShu, Muay Thai, Brazilian jiu-jitsu, boxing, and wrestling as well. She first rose to prominence after appearing on the Muay Thai-themed reality show called "Fight Girls" as a contestant. The Karate-hottie made her MMA debut at "Ring of Fire 28: Evolution" on February 16, 2007. She made her debut against Andrea Miller and won the bout via unanimous decision. The victorious hottie faced her first defeat at "Ring of Fire 31: Undisputed" on December 1, 2007. She lost the match against Lynn Alvarez via first round submission. Learning from her first lost, Michelle later remained victorious against Tyra Parker, Karina Taylor, Elena Reid, Rosary Califano, Masako Yoshida, and Diana Rael. After winning several bouts, she finally made her debut in Invicta Fighting Championship at "Invicta FC 3: Penne vs. Sugiyama" on October 6, 2012. The iron-woman defeated Lacey Schuckman via split decision in the debut match and also earned the"Fight of the Night award." Likewise, moving forward, she defeated Jessica Penne and became the Invicta FC Atomweight Champion on April 5, 2013. Later, she successfully defended her title against Yasuko Tamada in the main event at Invicta FC 8 on September 6, 2014. On December 5, 2014, she lost the title against Invicta debutee, Herica Tiburcio, who also won the Fight of the Night award, Performance of the Night award, and WMMA Fight of the Year, defeating Michelle.

In the year 2015, April 28, she signed the contract with UFC to compete in the Women’s Strawweight division. The 30-year old made her debut against Angela Magana at The Ultimate Fighter 21 Finale and nailed the bout via submission in the third round. The Colorado-born fighter has won the 'Fight of the Night' award two times till now. She also won the Most Vulgar Display of Power Award in 2014. She has had 14 wins from 18 fights so far - 8 wins via submission and 3 by knockout, and 2 by decision.

On March 30, 2019 at UFC on ESPN 2 Waterson won the fight against Karolina Kowalkiewicz with via unanimous decision.

Michelle E. Waterson born on January 6, 1986, in Colorado and raised in Aurora. Before starting a fighting career, Waterson started her modeling career in the year 2004. She graduated from the Aurora Central High School.Michelle announced her pregnancy and engagement news with American actor Joshua Gomez on September 16, 2010. She gave birth to her beautiful daughter named Araya in March  2011.