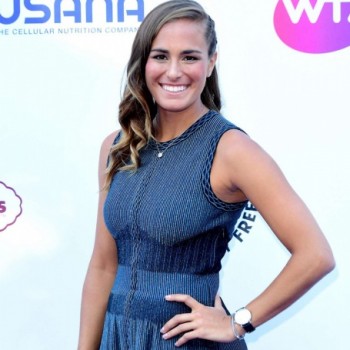 A Puerto Rican professional tennis player, Monica Puig has a net worth estimated to be around $2 million. She turned professional since September 2010.

What are the earnings of Monica Puig? Know about her net worth:

Experiencing a professional career of around ten years, Monica has been able to bag a fortune of $2 million. Her main source of income is tennis without a doubt.

Her earnings details are not revealed yet but we came to know that she has earned around $2.8 million as prize money from tennis. Moreover, she has won 2 WTA singles titled and 6 ITF singles titles.

How did Monica start her professional career? Know about it here:

Back in 2007, Monica showed her participation in her first tournament at the Prince Cup. A year later, she had a good form in the season and encouraged her to participate in bigger tournaments.

Showing her participation in Central American and Caribbean Games in 2010, Monica won the gold medal. A year later, she won a silver medal at 2011 Guadalajara Pan American Games.

Talking about Grand Slam results, Monica participated in the Australian Open, French Open, and US Open in 2012. A year later, she showed her participation in Wimbledon also.

On 2016 Summer Olympics, Puig won a gold medal defeating Angelique Kerber in the finals. She has also won other two gold medals, the first in 2014 Veracruz and other in 2018 Barranquilla CAC games.

Moreover, in CAC games, she has won two bronze medals in 2018 Barranquilla doubles and 2010 Mayaguez mixed doubles. Also, she bagged a bronze medal in the 2015 Toronto Pan American Games.

Where and when was Monica Puig born? Know about her childhood here:

Monica Puig Marchan was born on September 27, 1993, in San Juan, Puerto Rico, to the parents, Jose Puig and Astrid Marchan.

To educate, Puig went to Laurel Springs School in 2012 and later went to graduate from the Indiana University East.

Is Monica currently single? Know about her relationship status here:

This professional player might be currently single as she has been silent about her relationships.

But back in 2016, Monica and an American baseball second baseman, Derek Dietrich got engaged but they broke up only a year later.

Despite her busy schedule, Puig has been able to maintain her social media usage as her Twitter account shows a total of 191K followers and 5,990 tweets until the date.

Likewise, on Instagram, she has gathered around 468K followers and she has posted only 6 times over there so far.