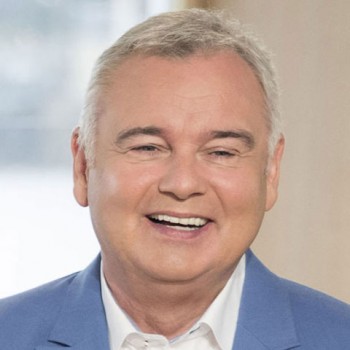 Facts of Eamonn Holmes net worth

Eamonn Holmes is a journalist and broadcaster from Northern Island. Holmes is best known for presenting Sky News Sunrise and This Morning. Eamonn Holmes net worth is estimated to be $5 million. As he has earned a lot he lives in a six-bedroom mansion in Weybridge, Surrey with Langford and their son Jack.

Eamonn Holmes was born on  December 3, 1959, in Belfast, Northern Ireland. Holmes attended  Holy Family Primary School in Belfast and St Malachy’s College, a Roman Catholic grammar school for boys, on the Antrim Road in Belfast. Then studied journalism at the Dublin College of Business Studies.

Holmes started his career as working for a Dublin-based business magazine before going into broadcasting. In 1979 Holmes joined Ulster Television which was the ITV franchise contractor for Northern Ireland. Holmes hosted and reported on the station’s Farming Ulster program. After that Holmes was team up with Leslie Dawes (1922–2014) and Jackie Fullerton to Ulster Television's legendary sports reporters to assist the extensive coverage of the important sporting events throughout the province. In 1982, Holmes was moved into news and current affairs reporting when he was asked to anchor Ulster Television's flagship Good Evening Ulster program. Holmes has also hosted for other Ulster Television productions, Miss Northern Ireland gala specials in 1985 and 1986. In 1986 he departed from Ulster Television to join BBC. Holmes worked at the corporation’s Manchester studios, as a  presenter on the daytime Open Air program which was broadcast nationally on BBC One. Holmes has presented on coverage of snooker, horse racing, and darts on television. In 1993 Holmes started his career at GMTV, hosting the first show on 1 January 1993 with Anne Davies. Homes has presented the BBC National Lottery game show Jet Set between 2001 and 200. Again in April 2005, he left GMTV and joined Sky News six month later to present the new-look Sunrise program. Holmes presented SUDO-Q, a BBC quiz show between December 2005 and March 2007. In 2006 Holmes hosted the US game show The Rich List. In 2009 Holmes alongside Myleene Klass co-presented the ITV series The Feelgood Factor. Also, Holmes presented eight episodes of Songs of Praise from 2009 until 2014. In 2010 Holmes guest presented an episode of Have I Got News for You. In 2015, Holmes and Langsford presented a six-part factual series for Channel 5 entitled Eamonn and Ruth: How the Other Half Lives. In 2016, he presented Channel 5 panel show It’s Not Me, It’s You. Holmes has also appeared on celebrity editions of game shows including Fifteen to One, Call My Bluff, All-Star Mr, and Mrs, Tipping Point: Lucky Stars, Catchphrase, and The Chase. In 2015 he was heavily tipped as a housemate for Celebrity Big Brother 16 and also has made the regular appearance on Big Brother’s Bit on the Side. Holmes is also a writer and writes a column for The People newspaper. In May 2006, he released his autobiography and was called This is MY Life which was a reference to another famous Irish Eamonn- Eamonn Andrews, after whom he was named.

Holmes married his long-term partner Ruth Langsford on 26 June 2010 at Elvetham Hall in Hampshire. On the wedding ceremony, the couple sold exclusive rights to report and the reception to Hello! magazine in a deal that saw the publication feature the event over two issues, in July 2010. The couple is blessed with a son called Jack Alexander (b. 2002); Holmes also has three children, Declan, Rebecca and Niall from his first marriage. Holmes loves to watch football and is a great fan of Manchester United, also in  December 2005, he opened the eulogies at the funeral of footballer George Best.