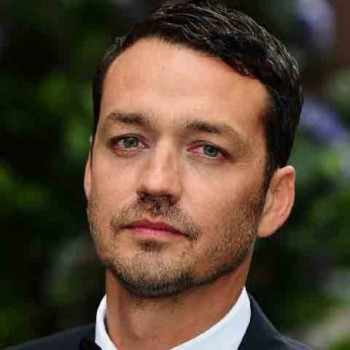 Starring as a TV Commercial director and then entering into the film industry, Rupert has the net worth estimated to be $15 million.He made debut with Snow White and the Huntsman in 2012 which earned $20 million on its opening day grossing $381 million worldwide.The film was made with a budget and advertisement of total $170 million.So it increased Rupert's net worth.

Rupert got into film industry first as a TV commercial director.He started doing projects with big companies like Nike, X-Box, DirectTV, Adidas and others when he slowly began to introduce his talent in the industry.The producer of SWATH, Joe Roth asked him to make a trailer for the film and Roth was impressed by him.He is mostly noticed for his work with promotional videos for the Halo and Call of Duty video game series.He received two Golden Lions for the Halo 3: ODST at Cannes Lions International Advertising Festival.

Slowly developing in the industry, Rupert's first feature film was Snow White and Huntsman starring Kristen Stewart and Chris Hemsworth as main characters. which made him known so far.He has directed science fiction manga franchise Ghost in the Shell where Scarlett Johansson starred as the main character.Rupert also directed a short horror story, Black Hole and also a music video Space in Between for How to Destroy Angels.

There has been a rumor that Rupert will be directing the new Van Helsing movie. Rupert Sanders was born on March 16, 1971, in Westminister, London, England.He was the eldest son of Thalia Garlick and Michael Sanders.His mother ran a dollhouse shop and his father was a neuro-ophthalmic surgeon.Rupert grew up in London and later moved to Los Angeles for work.The birth sign of Rupert is Pisces.

Rupert married Liberty Ross, a model in 2002.They have two children, daughter Skyla and son Tennyson.In 2012, Ross found Rupert with actress Kristen Stewart by the photos published by US magazines so Ross filed for divorce in January 2013 which was finalized on 30 May 2014. But the divorce gave a huge blow to Rupert as he had to give the house in LA, half of his bank accounts total and also he was ordered to pay $14,000 in child support with $25,000 in spousal support.And all of it, Rupert has to give 15% of his profits from filmmaking to Ross, according to the law.Anyhow, Rupert got to keep a house in Malibu and a Volkswagen van. As published by US  magazines, Rupert and Stewart were caught dating each other despite Rupert's marriage with Liberty Ross and Stewart's relationship with Robert Pattinson.Later Rupert calls an affair with Stewart as an exciting mistake and as a momentary lapse.Both Rupert and Stewart apologized to their partners but nothing worked out.Rupert directed Kristen Stewart in his first movie Snow White and Huntsman.