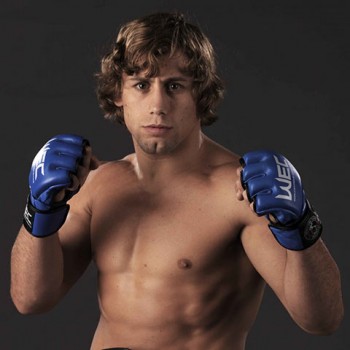 Facts of Urijah Faber’s net worth

Urijah Christopher Faber is an American mixed martial artist with an estimated net worth of $8 million. He currently competes in the bantamweight division in the UFC. The California Kid is famous for winning the Featherweight Championship at WEC 19. He currently ranked #6 in the official bantamweight rankings. Reportedly, he has earned $2,131,000 in salary over his fruitful career (bonuses+ official UFC Rebook sponsorship included).

The fighter was born on May 14,  1979, in Isla Vista, California. He has derived Dutch, Italian, English and Irish descent from his parents. He went to Casa Roble High School and later attended Lincoln High School. Later, he graduated from the University of California. Urijah is the two-time NCAA national qualifier, qualifying for the NCAA tournament held in 2001 and 2002.

He won titles such as Gladiator Challenge (GC) and King of the Cage bantamweight titles in his early days. Likewise, he became the WEC Featherweight Championship defeating Cole Escovedo on March 17, 2006.  In his long career, he has had defended all of his titles. His current UFC record is 6 wins out of 10 matches.

The WEC got merged with the UFC On October 28, 2010, and the fighter from WEC was brought to compete in the two new weight divisions as per the terms of merging with UFC.