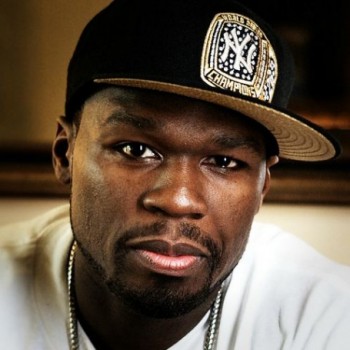 Facts of 50 Cent Net Worth

Curtis James Jackson III popularly known as the 50 Cent is an American rapper, a businessman, investor, producer, actor & an entrepreneur. Having sold over 30 million albums worldwide. He is considered one of the richest rapper in the world & top selling artist in the world.

Know Net Worth Of 50 Cent

Curtis Jackson (50 Cent) began his rapping in his basement & was trained by Jam Master Jay, on designing his songs including how to create choruses, how to write & structure bars. 50 Cent first featured in the album 'Shut 'em Down' by Onyx. In 1999, Curtis Jackson (50 Cent) signed with Columbia Records & later that year he released his single "How to Rob", which gained the attention of young stars like Jay-Z, DMX & other major artists.
In 2000, Curtis Jackson (50 Cent) was attacked by an assailant outside his house & got shot 9 times, with several injuries, he could have been easily dead. It took him 6 months to heal his wounds & move on to his life. It was at this stage of reality, 50 Cent realize that his life has the true purpose as he is living well again.
In 2002, when he met Eminem & signed to the professional label, which was his breakthrough of his music career. His first debut album, Get Rich or Die Tryin' was released in 2003, later went on to became the founder of G-Unit & signed members like Young Buck & Lloyd Banks.

Back in 2003, he was awarded as the Best New Artist by BET Awards & American Music Awards for Favourite Rap/Hip-Hop Male Artist. In 2004, 50 Cent received BRIT Awards in the category of International Breakthrough Artist. World Music Awards awarded 50 Cent with World's Best Selling Pop Male Artist in 2003 & 2005 & was also awarded Billboard Music Awards for Top Hot 100 Artist the same year. In 2007 he received awards from BET Hip-Hop Awards as the Hustler Of The Year. Grammy Awards presented him with the Best Rap Performance by a Duo/Group in 2010.

Curtis Jackson (50 Cent) recently settled his year-long bankruptcy case by agreeing to pay $23.4 Million dollars to his creditors over the five years of time, He was charged with Chapter 11 bankruptcy. To pay his credits, he is selling his 50,000 square foot mansion which is estimated around $19 Million dollars, but Jackson dropped his price to $8.5 Million dollars. According to Associated Press Report, the rapper has again dropped his price to $5.995 Million dollars. The Farmington, Connecticut mansion formerly owned by boxer Mike Tyson which has many opulent features including 21 bedrooms, 25 bathrooms, 9 kitchens, an indoor pool, a hot tub, a substantial nightclub, an indoor court, multiple game rooms, a green screen room, outdoor infinity pool, helicopter pad, casino, pond, basketball court & a recording studio. Finally after reducing its price for several times the mansion is sold for $8 Million dollars. After the financial burden for the bankruptcy, the rapper had to sell his mansion as it cost him around $70,000 to maintain that mansion.
Jackson has his $2.4 Million house in New York City, which he purchased back in January 2007.

In His Cars & MotorBikes Collection

Curtis Jackson aka 50 Cent was born in Queens, New York, on 6th of July 1975. He was a single parent kid, in charge by his mother Sabrina. She tried lots of works to sustain her family life, later she ended up selling drugs on her street. When his mother passed away, he stayed with his Grandparents.
Jackson was only 12 years old when he started selling drugs in the streets & spend time providing narcotics since he was involved in after-school programs, his grandparents thought he was involved with academic activities. He was arrested multiple times, once the school metal detector caught his gun into school, later after checking him, they found drugs & money earned by drugs. Curtis Jackson was arrested twice more with illegal drugs & firearms in his apartment & the other time he was caught for selling cocaine to an undercover police officer.

In his personal life, 50 Cent has a son, Marquise Jackson with former his girlfriend Shaniqua Tompkins. Sometimes things don't work out in right way, they decided to separate & Tompkins took 50 Cent to court for legally appealing he didn't take care of her, thus breaking apart by charging him $50 Million to Tompkins. Meanwhile, 50 Cent managed out to give him some space, later Jackson dated model Daphne Joy & they are blessed with a son, Sire Jackson. As of now, 50 cent is the father of 2 children.