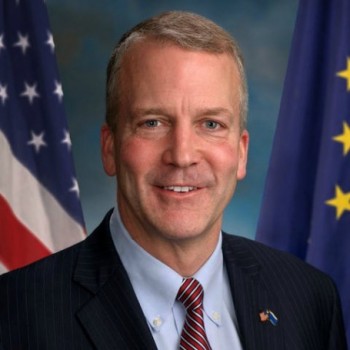 Facts of Dan Sullivan's Net Worth

Who is Dan Sullivan?

Dan Sullivan is an American Politician, lawyer, a Republican Party Candidate and junior Senator from Alaska (from 2015 to 2021). First elected in 2015, Senator Sullivan has served the state of Alaska for 2 years.

Know Net Worth of Dan Sullivan

Net Worth of Congress members are calculated by the Centre for Responsive Politics & are based on the Financial Disclosures Form filed by the members of Congress.

His most significant asset, other than his house is stock in the business that his family started, RPM International Inc. It's worth in between $500,000 to $1 Million. Other major assets include $250,001 to $500,000 in a managed account, the Glenmede Tax-Exempt Cash Portfolio & three investment funds, American Funds, Tax Exempt Bond Fund, BlackRock National Municipal Fund Institutional Shares & BlackRock Global Allocation Institutional Fund, valued in between $100,001 & $250,000 each.
Sullivan made $136,350 a year as natural resource commissioner & in 2013 earned over $15,000 as Marine reserve officer, with another $5,000 to $10,000 for six weeks of active duty in Afghanistan. Senator Sullivan has invested over $1.5 Million dollars in Miscellaneous Business & has over $1.2 Million dollars in Finance, Insurance, Real estate & more.

After interning at the United States Court of Appeals for the District of Columbia Circuit, he went on to join the United States Marine Corps Reserve & was actively involved in duties from 2003 to 2006 & in 2009 to 2013. Between 1997 & 1999, he worked as the clerk for judges on the United States Court of Appeals for the Ninth Circuit & the Alaska Supreme Court. Sullivan has worked for Federal Government after moving to Maryland first started working with National Economic Council & then Assistant Secretary of State for Economic & Business Affairs.
After returning to Alaska, Sullivan served as Alaska Attorney General from 2009 to 2010, then as the Commissioner of the Alaska Department of Natural Resource from 2010 to 2013, he resigned from office to run for U.S. Senate. In 2014 Sullivan first tasted his victory after winning the Republican primary election, defeating Alaska Lieutenant Governor Mead Treadwell & 2010 Senate nominee Joe Miller.

Dan Sullivan was born on 13th November 1964 in Fairview Park, Ohio. His biological parents are Sandra (nee Simmons) & Thomas C. Sullivan. He was involved in military service before coming to the Senate, his rank is a Lieutenant Colonel.

Sullivan finished his graduation from Culver Academy in Indiana in 1983. He received his bachelor's degree in economics from the Harvard University. Also, he has done Juris Doctor-M.S.F.S (Master of Science Foreign Service) joint degree from the Georgetown University.

In his personal life, he has a successful professional life & is well known for his political activities as the U.S. Senate. Sullivan is married to Julie Fate & the couples are blessed with three daughters.