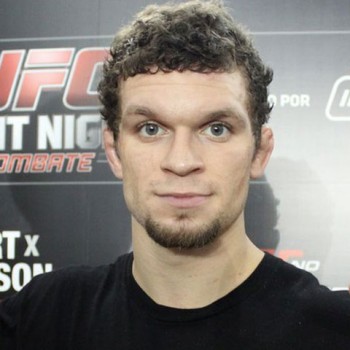 Facts of Dustin Ortiz Net Worth

Dustin Ortiz represents himself as Puerto Rican American mixed martial artist with an estimated net worth of $420,000. Dustin main source of income is from flyweight division of UFC. He collected the sum of $420,000 as his net worth in 2015 followed by $323,077 in 2014 and $240,000 in 2013. Besides, UFC, he has already shown his moves for RFA, Tachi Palace Fights, Kings of the Cage and Strikeforce. He stands #10 in the official flyweight rankings as per the year 2015.

Being undefeated, he made his MMA debut in February 2010 against Lucas Thomas at GFC 6. Ortiz won the bout via first round submission and signed his contract with Strikeforce. He fought two times promotion with Strikeforce. He gains superior victory against Justin Pennington and Matt Horning. Besides, he made his entry at King of the Cage in August 2012. He faced Thiago Viega at his first fight while he won the bout via KOTC. Before making his debut in UFC, he has been undefeated. While he defeated Aaron Ely at RFA 6, and Mike French at King of the Cage.

Having the strong records before making to UFC, he faced Jose Maria Tome at UFC Fight Night 32 as his debut. Dustin created the sweet victory against Jose at the third round via TKO. Ortiz faced his first defeat on UFC at UFC Fight Night 35 against John Moraga. Despite being magnificent, he lost the match via split decision.

On April 11, 2014, Ortiz was supposed to see Alptekin Ozkilic at UFC Fight Night 39. The match was canceled due to Ozkilic injury and was replaced by promotional newcomer Ray Borg. Dustin made his victory against Ray Borg via split decision at UFC on Fox 11. He gains another quick success against Justin Scoggins at The Ultimate Fighter 19 Finale. Dustin, having ups and downs in his career, faced his second defeat against Joseph Benavidez at UFC Fight Night 57. Though he was successful to throw some strong moves, he lost the back and forth fight via unanimous decision.

Dustin created dominant win against Willie Gates via TKO in the third round at UFC Fight Night 73. After the big win, he faced two lost against Wilson Reis and Jussier Formiga. Having the record of 15 wins out of 21 bouts, Ortiz is expected to face Zach Makovsky at UFC 206 on December 10, 2016.