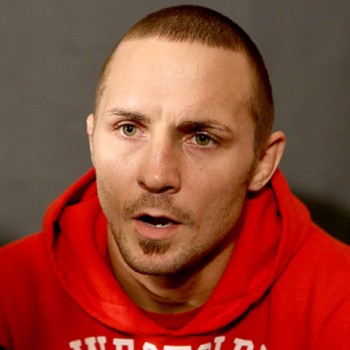 Facts of Eddie Wineland’s net worth

Eddie grew up competing in wrestling. After graduating from the Chesterton High School at the age of 17, Eddie began training for MMA with a friend at Duneland Vale Tudo. And after two months of training, he won his first MMA match against a 37 years old man. The Indiana-born star began his career competing in several regional organization in his native Midwestern United States. Wineland joined World Extreme Cagefighting after compiling a total of 15 professional fights. Later, he became the inaugural WEC Bantamweight Champion at WEC 20 in May 2006. Wineland defeated Antonio Banuelos via first round TKO and claimed the title. However, he couldn’t defend the title against Chase Beebe via unanimous decision at WEC 26 in March 2007. Eddie then lost against Rani Yahya at WEC 40 on April 5, 2009. Amazingly, post his lost against Rani, he won the next four matches against popular fighters, Rafael Rebello, George Roop, Will Campuzano, Ken Stone. In his overall WEC career, he has won two "Knockout of the Night" awards.

Post the 2010 merger between WEC and WFC, Eddie faced former WEC Featherweight Champion Urijah Faber on March 19, 2011. He lost the bout via unanimous decision at UFC 128. He also lost his second UFC match. On August 14, 2011, he lost against Joseph Benavidez via unanimous decision at UFC on Versus 5. Later, he defeated Scott Jorgensen at UFC on FX3 on June 8, 2012. Wineland successfully defeated the tough player via second round knockout. The thrilling match earned him the Fight of the Night honor as well. Post the magnificent fight, he defeated Brad Pickett, Yves Jabouin, Frankie Saenz, and Takeya Mizugaki, but lost against then Bantamweight Champion Renan Barao, Johnny Eduardo, and Bryan Carraway, Importantly, Eddie won the Performance on the Night bonus against Frankie Saenz.

Eddie Wineland also serves as a full-time firefighter LaPorte, Indiana. The job has helped him ease his fiance when he was still struggling. Moreover, he fought just once in 2013, twice in 2014, once in 2015, and twice in 2016.  He is happy with the fact that he doesn't have to totally depend on fighting for money.

Eddie has been blessed with a beautiful and supporting wife, Amber. The pair shares two children together.