Jerry Lee Rice is a retired American football player who plays as a wide receiver. He went on to become the greatest wide receiver in NFL history. He played a total of 20 seasons in his career time and his net worth is estimated to be around $55million. 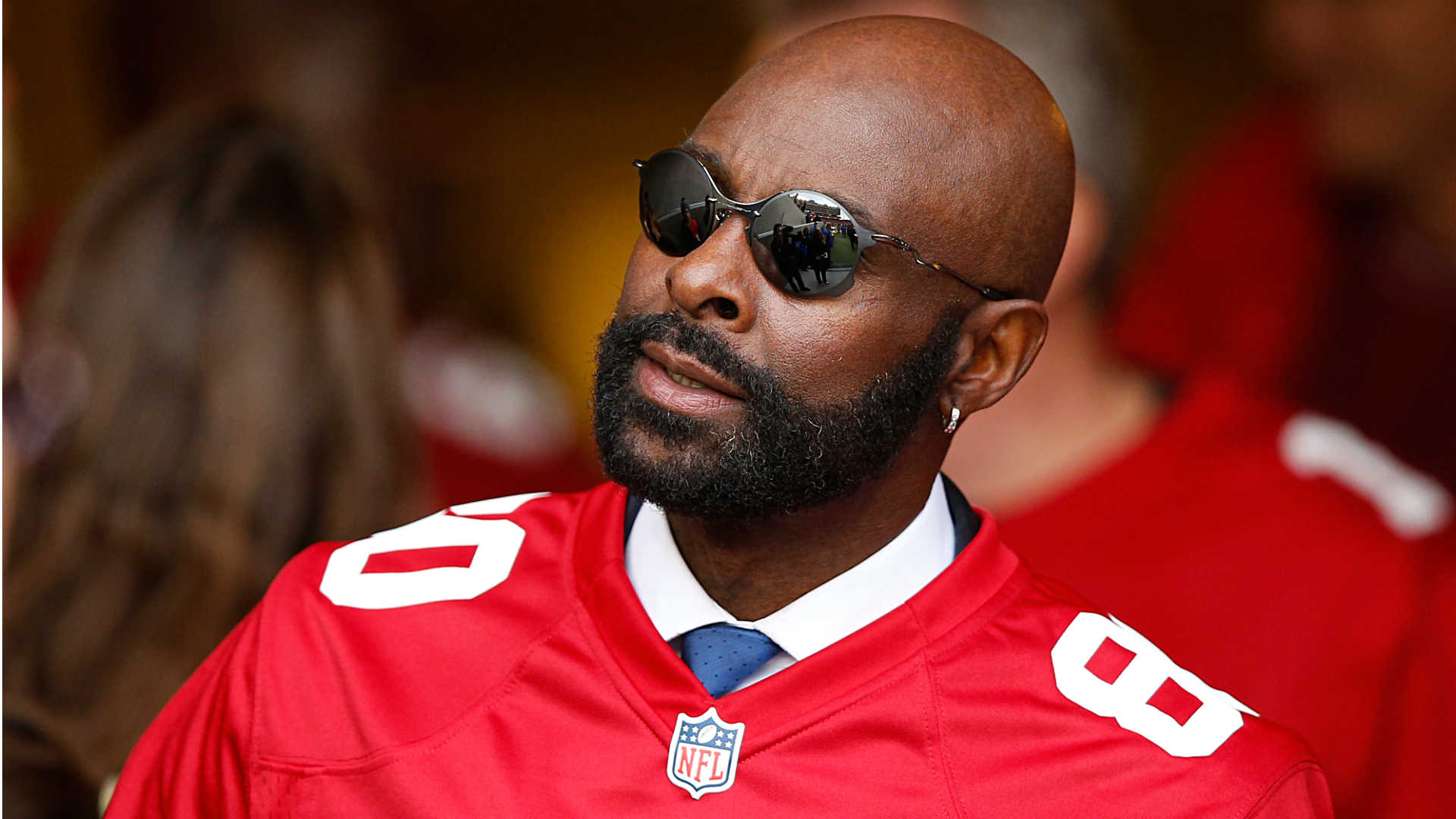 Jerry Rice has supported Boys and Girls Clubs of America, Buoniconti Fund To Cure Paralysis, Cats Care, James R.Jordan Foundation, Make-A-Wish Foundation, Opportunity Village, The Miami Project. He has teamed up with National Kidney Foundation(NKF) as its social media ambassador to encourage all Americans to “Heart Your Kidneys.”

Jerry Rice was one of the eight children born to the couple, and he was born on October 13, 1962, in Starkville, Mississipi, to a Brick Manson.He attended B.L.Moor High School in Oktoc, Mississippi. His mother did not permit to join the school’s football team in his Freshman year.When Rice was a sophomore, the school’s principal caught Rice being truant.After he Sprinted away, the principal told the school’s football coach about Rice’s speed and he was asked a place on the team. He joined Mississippi valley State University from 1981 to 1984. He played as a standout receiver and due to his exceptional ability to catch he acquired the nickname “World”.

In 1982, Rice played his first career game with redshirt freshman Quaterback Willie Totten. He caught 66 passes for 1,133 yards and seven touchdowns as a sophomore that year. Totten and Rice both were known as “The Satellite Express” and set numerous NCAA records. He was named a first-team divison I-AA All-American. He caught 24passes against Louisiana’s Southern University and made the records in single-game NCAA. He broke his own DivisonI-AA records as a senior 1984, for reception(112)and receiving yards(1,845). His 27 touchdown receptions in that season set the NCAA records for all divisons in 1984. And in the same year, Delta Devils Scored 628 points in 11games, an average of more than 57per game. He also scored five touchdowns in a single game twice that year.

He was finished ninth in Heisman Trophy balloting in 1984 and was named to every Divison I-AA All-America team(including the Associated Press squad). 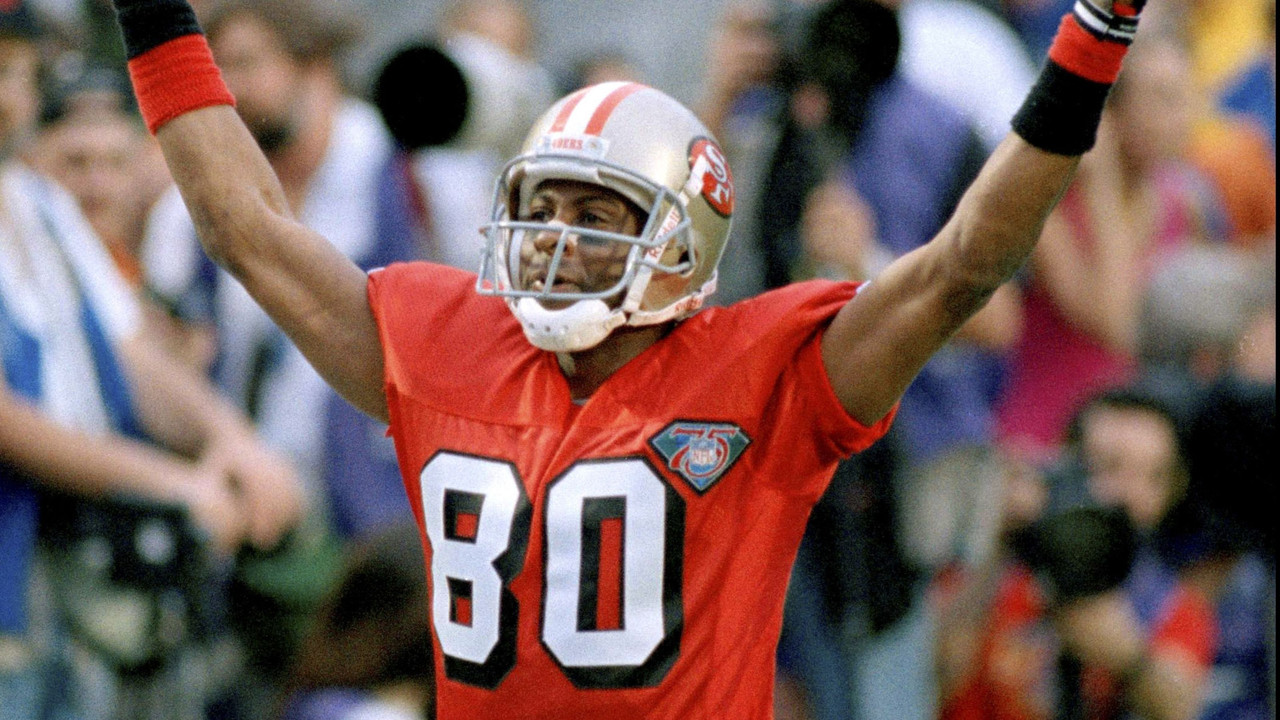 He completed his career with 301catches for 4,693yards and 50touchdowns; his NCAA record for total career touchdown receptions stood until 2006 when University of New Hampshire wide receiver David Ball recorded his 51st career receiving touchdown. When he was at valley he became a member of Phi Beta Sigma fraternity at the Delta Phi Chapter. On August 12, 2006, Rice was inducted into the College Football Hall of Fame.

His brilliant talent, light-footed play and amazing skills contributed to give him a great professional star to his further career. He became 2nd pick for the 1985 draft for the league, due to his massive display of talent at the game. He was finally picked with overall 16th by San Farncisco 49ers. He finished the season with a record of 49 catches for 927yards, averaging at 18.9yards per catch with his excellent capability. 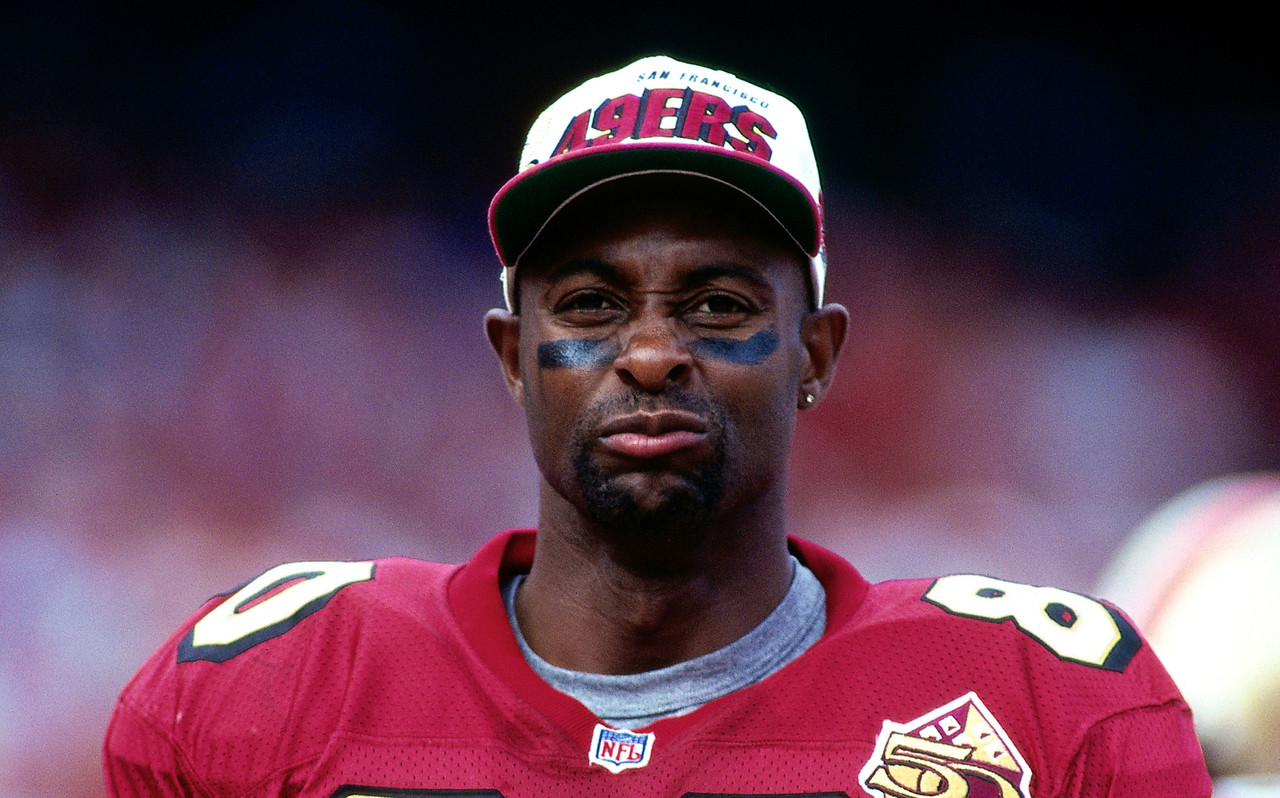 In 1987 he only get bettered his own record by earning the Player if the Year award. In the 1987 season which was the time of superlative success for this talented football player who averaged 20.4 yards per catch, with 64passes for 1306 yards and 9 touchdowns. In the same year, he helped the 49ers beat Chicago bears in the NFC game title by a whopping margin of 28-3. This kind of success continued and San Francisco 49ers continued its winning titles.

In 2000, he signed a contract with Oakland Raiders. Together with fellow player Tim Brown, he caught83 passes for 1,139 yards and 9 touchdowns. He bettered his record in 2002 with 92passes for 1,211 yards and 7 touchdowns. The same year he was named to the 13th Pro Bowl. He even helped his team to secure in the Super Bowl XXXVII, but they lose a match against Buccaneer. Fraustated with the team performance and dissatisfied over his role in the team, he was traded to the Seattle Seahawks in 2003. He played 6 games until 2004. It was during his team with the Seattle Seahawks that the career NFL record for combined net yards by catching a 27-yard touchdown pass. During the end of the 2004 seasons, he first opted to team up with the Denver Broncos foe a year but later rejected the proposal to take up retirement. In late 2006, he signed a one day contract with the team to officially retire as a 49er to honor his valuable contribution to San Francisco 49ers. 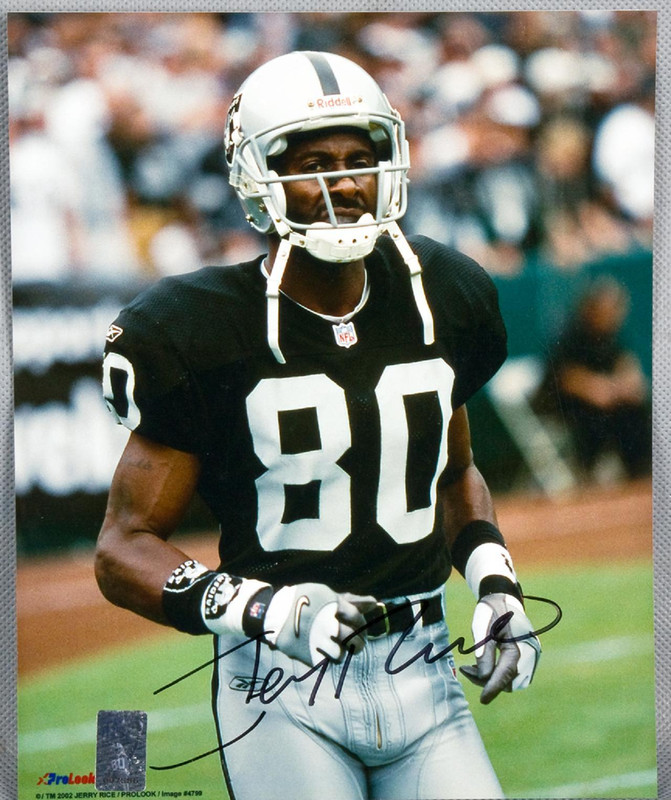 He was married to his longtime girlfriend Jacqueline Bernice Mitchell on September 8, 1987. They were blessed with three childrens. After two decades of marriage, they got a divorce. And the marriage was finally annulled in December 2009.

Jerry Rice was previously married to Jackie Mitchell(1987-2009). And then he was in a long-term relationship with Latisha Pelayo. 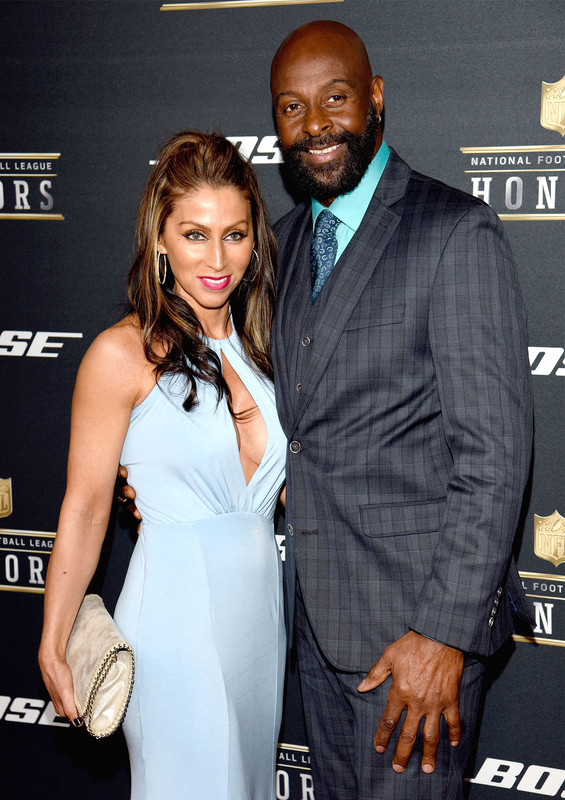 Jerry Rice was ranked number two on the Sporting News list of the 100 Greatest Football Players in 1999. He was selected for induction in the Pro Football Hall of fame in his first year of eligibility in 2010. He was finally inducted in the Canton Ohio on August 7,2010.

He was ranked number one on The Top 100: NFL’s Greatest Players in 2010. His jersey number 80 was retired on September 20,2010 during halftime at the San Francisco 49ers-Saints game.

The Sports Network initiated the annual Jerry Rice Award to give to the most outstanding freshman Football Championship Subdivision Player in 2011.