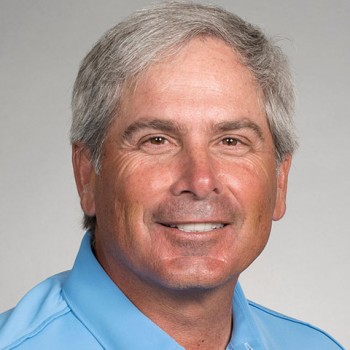 Facts of Fred Couples’ net worth

Fred Couples (Frederick Steven Couples), who is an American veteran golfer, has an estimated net worth of $105 million. He has won 64 professional tournaments so far, including 15 PGA Tour, 3 European tour, 11 PGA Tour Champions, and 3 other tours. The former world no 1 accumulated his huge net worth competing on the highest level. Famous for his long drives and flawless swing tempos, Seattle-born Fred is popular among his fans by the nicknames, 'Boom Boom' and 'M.r. Skins'. In fact, Fred was one of the prominent figures of the Skin Games. He won the events for five times between 1994 to 2005, earning US$3,515,000 in total. Fred first rose to prominence after winning the 1983 Kemper Open.  It was also his initial PGA Tour victory. He turned pro in the year 1980.

The  57-year-old veteran golfer is best remembered as the winner of respected golfing tournaments such as Masters Tournament (1992), Senior Players Championship (2011), and Senior British Open Championship (2012). The World Golf Hall of Fame listed Fred Couple on it's 'Hall of Famers' list in the year 2013. Besides excellence in his professional endeavors, he owns other several ventures that have helped him to boost his net worth. Fred is in golf course designing business along with his partner, Gene D. Bates. The venture was established in 1992 and is currently known as Bates Golf Design Group. It has over 20 award-winning championship golf courses around the world. The cunning, confident man with an easy-going personality is also the brand ambassador for Anti-inflammatory nutraceutical containing anatabine.

Fred got married to his first wife Deborah Couples in 1981. The pair first met at the University of Houston in 1979. Deborah was on the university's tennis team.  The couple later divorced in 1993 ending their unsteady marriage. Later in 2001, Deborah, a sassy blonde who was 6 years older than Fred, committed suicide by jumping from a seven stories building known as Kresge Chapel.  Deborah was a polo player, businesswoman, and socialite. Reports have it that she had a history of depression. Fred married his second wife Thais Baker in 1998. She died from breast cancer on February 17, 2009.  Talking about his current relationship status, Fred has been dating Nadine Moze, a hairstylist, since a long time now.