Kelly Rowland is an American recording artist, songwriter, dancer, actress and television personality having net worth which is estimated to be $20 million. She is one-third of the American R&B girl group called Destiny’s Child. She has won multiple Grammy Awards and sold more than 50 million records worldwide.

Know the earnings of Kelly Rowland

Kelly Rowland is one of the most well-known names in the entertainment industry has a net worth of $20 million. Kelly accumulates a huge amount of her music career as a musician. Kelly has arranged a number of international tours, which added a huge amount to her bank account.

In 1997, Destiny’s Child signed to Columbia Records and recorded their debut song “Killing Time”, for the soundtrack to the film, “Men in Black”. Destiny’s Child released their self-titled debut album, with hits such as “No, No, No” in 1998.

In 1999, they released their second album, “The Writing’s on the Wall”, released which featured their most popular songs, “Bills, Bills, Bills”, “Jumpin’ Jumpin’”, and “Say My Name”. Kelly and Michelle Williams as Destiny’s Child’s lineup and they recorded “Independent Women Part I” which appeared on the soundtrack to “Charlie’s Angels”.

In 2002, Kelly started acting with a recurring role in the sitcom “The Hughleys” as Carly. She bagged guest roles in “Eve” as Cleo, and in “American Dreams” as Martha Reeves in following year. She made her movie debut in the film “Freddy vs. Jason” in the supporting role of Kia Waterson in August 2003.

In 2004, Kelly starred opposite Duane Martin and Shemar Moore as Jhnelle in the romantic comedy “The Seat Filler”. On November 2004, she rejoined Beyoncé and Michelle Williams for Destiny’s Child’s final studio album “Destiny Fulfilled”. They released their first compilation album “Number 1’s” in October, which ranked number one on Billboard 200.

In 2009, Rowland split from her manager, Matthew Knowles, and Columbia Records. Her first compilation album, “Work: The Best of Kelly Rowland”, was released the following year, but failed to make an impact.
In 2011, Rowland reunited with Nelly on “Gone”. The song failed to reprise the success of “Dilemma”. Rowland’s second compilation album, “Playlist: The Very Best of Kelly Rowland” also failed to impact the charts.
Rowland’s single “Motivation”, with Lil Wayne from the album “Here I Am” won Song of the Year at the 2011 Soul Train Music Awards, and received a Grammy Award nomination for Best Rap/Sung Collaboration.
In January 2013, Destiny’s Child released a compilation album entitled “Love Songs”, a collection of romance-themed songs from their previous albums along with a new song “Nuclear”.
Kelly released her fourth studio album, “Talk a Good Game” on June 18, 2013, following the release of the singles “Kisses Down Low” and “Dirty Laundry”.

Kelly Rowland was born on February 11, 1981, in Atlanta, Georgia, the United States as Kelendria Trene Rowland. She is a daughter of Doris Rowland Garrison and Christopher Lovett with one sibling, Orlando. When she was 7 years old, her mother left her alcoholic father. She enrolled at Lamar High School. 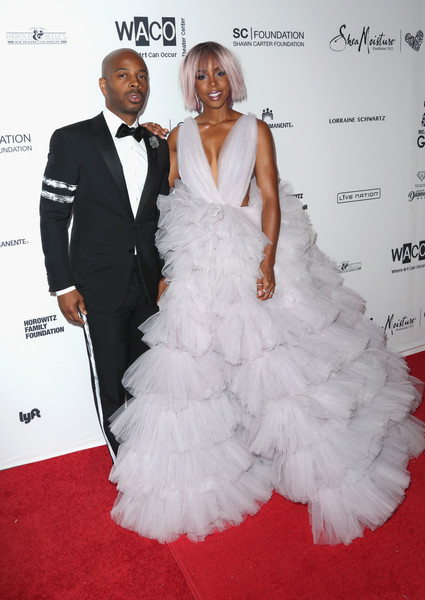 Talking about personal life, Kelly Rowland is a married woman. She started dating Tim Witherspoon in 2011 and after dating for two years the couple announced their engagement on December 16, 2013. On May 9, 2014, they got married in Costa Rica. Later, the couple was blessed with one child, Titan Jewell Witherspoon.