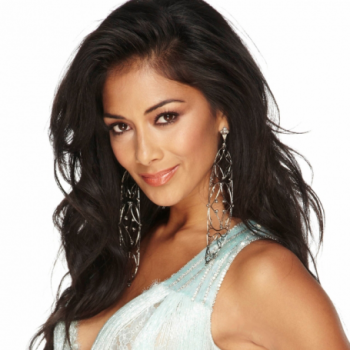 An American singer-songwriter, known professionally as Nicole Scherzinger has a net worth of around $12 million. She is also an actress, dancer, and TV personality.

What are the earnings of Nicole Scherzinger? What are her sources of income? Know about it here:

Nicole has been contributing to the industry since 1999 and since then she has been able to collect a fortune of $12 million. Her main source of income is music.

Not only as a singer but Nicole's profession as an actress, dancer, and television personality has also helped her to bag a fortune of $12 million.

How did Nicole start her professional career? Let's know:

Back in 1999, Nicole was hired to give vocals on the self-titled debut album of the band, Days of the New. She later quit the show to audition for a show, Popstars.

With the aim of starting a solo career, Nicole went to become a part of the group, The Pussycat Dolls. She along with Melody Thornton, Carmit Bachar, Ashely Roberts, Jessica Sutta, and Kimberly Wyatt joined the group.

The group released their debut album, PCD in 2005 and their second and final album, Doll Domination was released in 2008. The group later disbanded to pursue solo careers.

Then in 2009, Scherzinger went to become the judge of a singing show, The Sing-Off. She returned to the second season but later replaced by Sara Bareilles.

Nicole released her debut studio album, Killer Love in 2011. She has released another album also which is titled Big Fat Lie and released in 2014.

In 2012, Scherzinger became the judge of The X Factor UK replacing Kelly Rowland. She returned as the judge of the show following season also.

Nicole Scherzinger as an Actress: TV Shows and Films

Talking about her acting career, Nicole debuted with the film, Chasing Papi in 2003. She alongside Nick Cannon and Christina Milian appeared in the film, Love Don't Cost a Thing later that year.

She also appeared in the film, Men in Black 3 which starred Will Smith. Her other film roles include Moana(2016), Dirty Dancing(2017), and Ralph Breaks the Internet(2018).

To mention, Nicole participated in a reality show, Dancing with the Stars in 2010. She was partnered with a professional dancer, Derek Hough and they won the tenth season of the show.

Where and when was Nicole Scherzinger born? Know about her education also here:

She was born with an original name of Nicole Prescovia Elikolani Valiente on June 29, 1978, in Honolulu, Hawaii. She was born to the parents, Alfonso Valiente and Rosemary Elikolani.

What about Nicole's Relationship status? Is she currently single? Know about it here:

The super gorgeous diva, Nicole might be not single currently. She began dating a Bulgarian tennis player, Grigor Dimitrov since 2016.

But she was engaged to a lead singer of 311, Nick Hexum back in date. The couple dated from 2000 to 2004. Nicole was also in an on-off relationship with Formula 1 racer, Lewis Hamilton.

She has gathered a total of 5.42M followers on Twitter and she has made 6,508 tweets till the date.

Likewise, on Instagram, she has got around 3.8M followers and over there, she has posted 2,150 times so far.