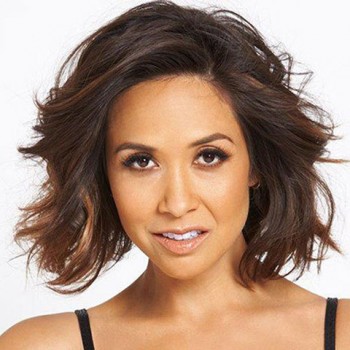 Facts of Myleene Klass’ net worth

Myleene Klass is a famous British entertainment personality. More precisely, she is a singer, pianist, model, actress, author, designer, DJ, and philanthropist. The former band member of now defunct pop band, Hear’Say, has an estimated net worth of $15.5 million. Klass earns $2 million dollars annually from her firm, Harperbailey. The firm oversees her overall business including her tv works, baby book sales, and clothing lines. She founded the firm in 2013 post her controversial divorce with celebrity bodyguard Grahm Quinn. Klass reportedly paid £1.8million from the sale of their marital home to Quinn in the divorce settlement. After selling the house, she rented a £8,000-a-month family home in Highgate, North London. Currently, Myleene and her kids live in her new £3million north London home. Previously, Klass and Quinn were joint directors of Klass' former company AvaHero Limited, which handled her £11 million fortune. The firm was later liquidated and she was left with £ 1 million assets.

A classically trained singer, Klass enjoys a history of long-list of musician family members. She herself started her career as a contestant in ITV reality show Popstars in 2001. The judges of the show later chose her as one of the five members of the to-be-formed group out of 10 finalists. Likewise, in the same year, the band became the first act in UK chart history to simultaneously top the UK Singles Chart and UK Albums Chart with the release of their debut album Popstars. Likewise, the band's top 10 singles also enthusiastically rocked the British chart for a long time. Later, she released two solo albums namely Moving On (2003, gold) and Myleene’s Music for Romance (2007) following the controversial collapse of the band.

The charming singer is also a reality TV star and Radio host.

Klass was born on April 6, 1978, in Gorleston, Norfolk, England. She was born to an Australian father and Filipino mother. Moreover, she comes from six generations of classical musicians on her father’s side. Likewise, her paternal grandmother was an opera singer. Nevertheless, her paternal grandfather left his violin to her. At age 4, she learned to play violin and piano. And at age 12, she learned to play the harp. Later, she took Associated Board of the Royal Schools of Music in violin, piano, and voice. Meanwhile, she attended St. Mary’s Roman Catholic Primary School and later attended Notre Dam High School. Finally, she enjoyed an A-grade in A-level music before studying a musical theater course at the Royal Academy of Music, University of London. Myleene tied her wedding knot with her longtime boyfriend Graham Quinn in 2011. Quinn and Klass share two daughters with each other. Unfortunately, the pair ended their relationship with a divorce just after six months of their marriage.