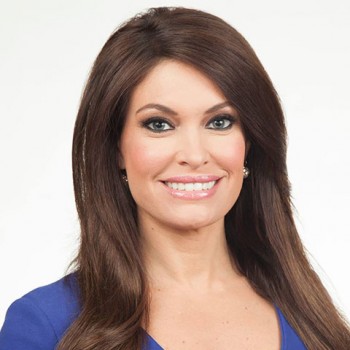 Facts of Kimberly Guilfoyle’s net worth

Kimberly Ann Guilfoyle is an American cable news personality and television host. She currently co-hosts The Five on Fox News Channe. Similarly, the San Fransisco-born television personality is also famous for her contribution to her famous shows such as The O’Reilly Factor, Hannity, and On the Record w/Brit Hume. As per the year 2016, Kimberly Guilfoyle's net worth is$5 million and estimated annual salary is $1 million.

After completing her law study from the Unversity of California, Kimberly went on to study at Trinity College, Dublin in Ireland. She published research in international children's rights and European Economic Community law at Trinity College. While studying at the university of California, Guilfoyle interned at the San Francisco district attorney's office. During the same period, she was also modeling. Kimberly started her professional career as a prosecutor in San Francisco in the year 1996. She briefly fulfilled the prosecutor job before being fired by the newly elected district attorney, Terence Hallinan. The hard working dedicated Kimberly then worked as Deputy District Attorney in Los Angeles, covering narcotics, domestic violence, kidnapping, robbery, arson, sexual assault and homicide. She earned several awards at the Los Angeles District Attorney's Office, including Prosecutor of the Month. In 2000, Terence Hallinan rehired her, but this time as an assistant district attorney.  Guilfoyle net worth began to drastically increase after she moved to New York to host the program Both Sides on Court TV. At the same time, she also enjoyed the position of legal analyst on Anderson Cooper 360 degree. Guilfoyle moved to Fox News Channel in February 2006 as the host of the show “The Lineup”. Unfortunately, the network later canceled the show. Fox later chose her as a co-host of both The Five and Outnumbered.

Kimberly married Gavin Newman, an American politician, and businessman,  in 2001. They officially divorced in the year 2006. According to her, the divorce took place as a result of their bi-costal marriage. In the same year, Guilfoyle married Eric Villency, who is one of the most renowned furniture businessmen in the country. The pair welcome their first child, Ronan Anthony, on October 4, 2006. However, the duo ended their relationship in the year 2010. Fans can connect Kimberly on her website.