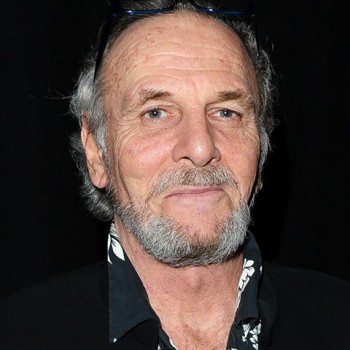 Facts of Mark Shand’s net worth

Mark Shand was British travel writer and conservationist. He had a whopping net worth of £900,000 before his a head injury led death in 2014. Shand is survived by his 1995-born daughter, Ayesha, who is the sole beneficiary of his wealth. Shand was famous for his four travel books and documentaries appearances as a conservationist. He was also the chairman of Elephant Families. Furthermore, people also knew him as the brother of Camilla, Duchess of Cornwall. Camilla is the second wife of Prince Charles, who is the father of Prince William, Father in Law of Princess Catherine Elizabeth, and brother of Princess Anne, Prince Andrew, and Prince Edward. Prince Charles,68, is the eldest son and heir apparent of Queen Elizabeth II.

Mark gained international recognition after his first adventure travel book, Skulduggery, was published in 1987. He based the book on an expedition to uncharted, hurricane-tormented area of Irian Jaya in Indonesia archipelago. Later, he wrote 3 books, including Travels on My Elephant, Queens of the Elephants, and River Dog: A Journey Down the Brahmaputra. In 1992, Travels on My Elephant became his bestselling books. The book also won him the Travel Writer of the Year award. For his extraordinary contribution in wildlife and elephant conservation, Balipara Foundation Awards in Assam, India created Mark Shand Mahout Award. The foundation gives the award to those who are outstanding in the well-being of the Asiatic Elephant population. Post his death, Elephant Family has launched The Mark Shand Memorial Fund. The fund has already built an elephant clinic in India.

Mark Roland Shand was born on 28 June 1951 in London, England, UK. He was the son of Major Bruce Shand and Hon. Rosalind Maud Cubitt. Shand went to St Ronan’s School in Kent and later attended Milton Abbey School in Dorset. However, he was expelled from Milton for allegedly smoking cannabis. Consequently, he was then sent to Australia to make a living of his own. The struggling adventurer took several jobs in Australia, including "a jackaroo on a station", and "a guard at an opal mine." Later, Shand started a business of selling Cartier jewelry with his friend Harry Fane before going for a traveling career.

A charismatic personality, Mark married Clio Goldsmith, a French former actress. She is the daughter of Anglo-French environmentalist, writer and philosopher, Edward Goldsmith, and the niece of  British Billionaire Sir James Goldsmith in 1990. The pair later lived in Rome with their beautiful daughter, Ayesha (1995).  In 2010, the pair ended their relationship. Later, he started dating Ruth Powys, who is the current CEO of Shand's charity Elephant Family. In April 2014, Mark was taken to a hospital after getting a major head injury outside the Rose Bar. Unfortunately, the doctors couldn't save him.