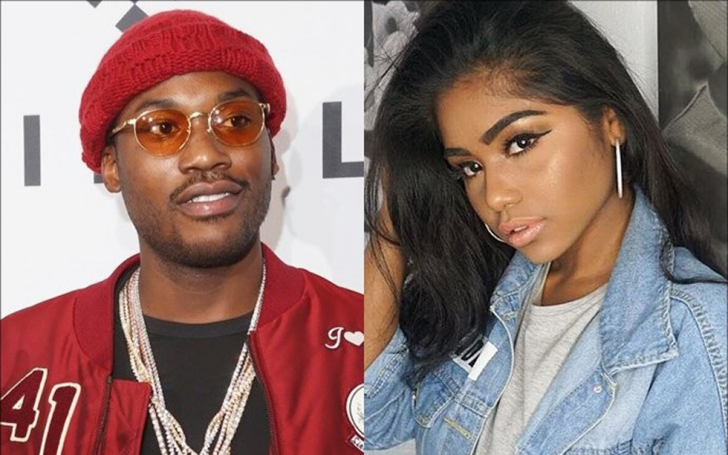 Robert Rihmeek Williams, famous as Meek Mill is one of the prominent American rapper and songwriter. He came into the spotlight and embarked his name on a music career as a battle rapper and later as a short-lived rap group, The Bloodhoundz.

After breaking up with American-Trinidadian rapper Onika Tanya Marak aka Nicki Minaj, who is the handsome dating? Is he single or is married? So, then who is Meek Mill’s girlfriend? Check out the details below:

Who is Meek Mill Dating now?

Well, after the news of Meek Mill and Nicki Minaj break up spread like a wildfire in the media, many people were quite curious to know about Mill’s next step.

Well, it might be sad news for the fans (especially female fans) that Meek Mill is not single and is already reserved. After breaking up with Minaj, he is now dating Nessa Colombiana.

They were spotted partying and sipping drinks in a nightclub in the United Arab Emirates which confirmed that the couple is officially dating.

Well, detail information regarding his smoky hot girlfriend is still not revealed. However, she is a model, fashion designer, and video vixen who has a six years old daughter, Jada Milan.

Sources claim that the couple started dating since April 2017 and is still going strong. While there is very few information regarding Meek Mill's beau, Nessa joined Meek for his birthday party.

Though it been only around seven months that the couple started dating, they are having loads of fun together. Back in May, the couple was spotted having a blast in Dubai.

Meek even gifted his current girlfriend three diamond stackable rings which he took them back from Nicki Minaj after ending the relationship.

Now, at this moment, The Philly rapper will be spending two or four years in prison for probation violation? So, what’s the new turn in his relationship? If Nessa waits for him to get out of the jail, the couple will be next Gucci Mane and Keyshia Ka’oir.