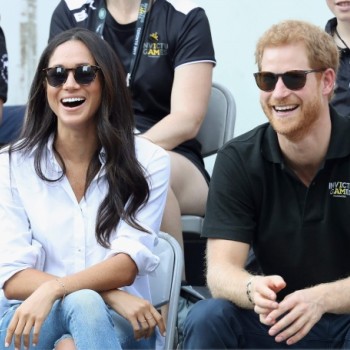 Besides being an American actress, model, and humanitarian Rachel Meghan Markle aka Meghan Markle is famous for being the fiancee of Prince Henry of Wales KCVO aka Price Harry.

After being engaged with Prince Harry, these days Meghan Markle has been in the headlines. And people are quite keen to know about her. So, today, here we will let you know five facts about Prince Harry's fiance Meghan Markle. Check it out:

When the stars and actress get involved in the industry, they prefer to choose a different name as their stage name instead of their real one and same goes out with Meghan Marke.

The real name of Meghan Markle is Rachel Meghan Markle. She actually chose her middle name to act as her stage name.

While speaking with the Best Health, Markle revealed that while visiting into Ellen and her wife at the dog shelter.  Though they will like never met, Ellen DeGeneres insisted her to take home a pooch, Bograt.

When DeGeneres insisted her to take the dog home, she was like she will be deciding. And in another hand, DeGeneres was like "Rescue the dog!"

While leaving the shelter, DeGeneres gets into the car, turns around and taps on the window glass and yelled: "Take the dog"! In the last, Meghan Markle brought the dog home just because DeGeneres told her to do so.

We all know, Markle is one of the most talented actresses that can be counted in the finger. She even previously revealed that the fact that she is talented when it comes to the penmanship trade.

In one of the interview, Markle revealed that she worked as a professional calligrapher before joining the light of being an actress.

She worked as a calligrapher for the wedding and events.

Yes, you heard it right! Markle's mother is an African-American, and her father is Dutch-Irish. Her parents met on the set of a TV show where they worked.

NOw, Markle reveals that being biracial paints a blurred line which contains the equal parts of staggering and illuminating. She added:

While my mixed heritage may have created a gray area surrounding my self-identification, keeping me with a foot on both sides of the fence, I have come to embrace that. To say who I am, to share where I’m from, to voice my pride in being a strong, confident mixed-race woman.

Well, many people might not know that Prince Harry will not be her first husband. She was previously married to film producer Trevor Engelson. Back in 2011, the couple tied the knot in Jamaica.

JUst after two years of their married life, the couple got separated and divorced. However, the exact reason and details of their divorce are still kept under the wrap.