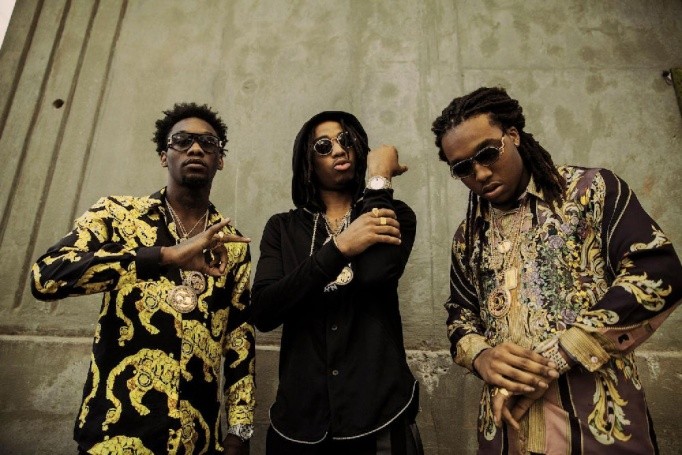 One of the famous hip-hop band of today’s generation, Migos is an American hip hop trio from Lawrenceville, Georgia. The band was formed in 2009, and the is composed of three rappers; Quavo, Offset, and Takeoff.

Within a short period of time, the band has given us excellent music and songs and already won millions of hearts. Today, on this particular topic, we will be talking about seven surprising facts about Migos that you have never heard before.

Previously, when Migos ran into Drake at a radio station Hot 107.9’s Birthday Bash back in Atlanta, the group revealed that the Young Money Rhymer started name dropping some of their songs like Bando, Pronto, and Adios.

Since Drake has been a huge fan of theirs, he decided to remix “Versace,” and you know what’s next, don’t you?

Migos’s “Young Rich N----s” mixtape features Versace; the song was inspired by two rappers who did change the taste of fashion. When Migos was asked about the song, they replied:

We always are feelin' like Biggie and Tupac. We like that vintage look. All that gold, the silk, the ancient pharaohs,

In one of the interview, Takeoff revealed that the trio started making music, beats, and rhyming since they were studying in the seventh grade. But they did not get serious on music and later began their professional musical career in 2009. Well, it’s strange to hear, but it’s true; Migos does not believe in bank accounts and loves staying close to their money. They carry leather backpacks everywhere. In the backpacks, you can find stacks of cash, an extra Tshirt for Quavo cause Quavo claims that he is a messy eater.

Besides this, you might also find Jesus piece chains, MC Hammer stunner shades, and two phones.

During one of the conversations with Interview Magazine, they were asked to address Drake’s Illuminati references on their song, Versace remix. They simply simpled and said, “Aw, nah, we believe in God.”

Before starting the musical professional, Quavo used to be a starting quarterback for the Berkmar High School Patriots in Lilburn, Ga. He later dropped out during his senior year to pursue his musical career.