An English actor, producer, model, and musician, Robert Pattinson has the net worth which is estimated to be $100 million.He is also a member of International Medical Corps and has also promoted and shared details about cancer through PSAs to raise awareness about the disease. He has supported many nonprofit organization that raises awareness and funds and social causes like; End Child Prostitution, Child Pornography, and Trafficking of Children for Sexual Purposes(ECPAT), Parents and Abducted Children Together (PACT) and the GO Campaign.

Robert Pattinson has bought a house in Hollywood, Los Angeles, California, the United States worth $2.176 million which has a swimming pool. 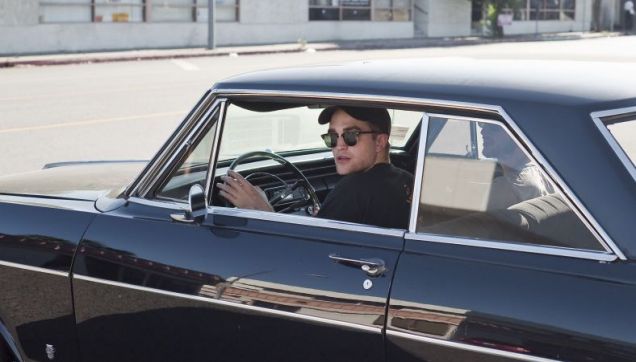 On the way of his career, Robert Pattinson got many chances to uplift himself in acting. He had played different roles like supporting roles in the German made-for-television film “Ring of the Nibelungs” in 2004 and in director Mira Nair's costume drama movie “Vanity Fair”, although his scenes were later deleted and only appeared on the DVD version. In May 2005, Tom Riley replaced his appearance in the UK premiere of The Woman Before at the Royal Court Theatre because he was fired before the opening night. Then later that year he played the role of Cedric Diggory in the movie “Harry Potter and the Goblet of Fire”. For this role, he was named as "British Star of Tomorrow" by The Times. Pattinson was born on May 13, 1986, in London. His father’s name is Richard who imported vintage cars from the United States, and his mother’s name is Clare who worked for a modeling agency.  He has two elder sisters named Victoria and singer Elizabeth "Lizzy" Pattinson. Living in Barnes, London, he went to Tower House School until he was 12-years-old, and then later attended The Harrodian School. He also cast in a small role in Guys and Dolls in amateur theatre at the Barnes Theatre Company. Then later he was auditioned for Thornton Wilder's Our Town and was cast as George Gibbs. He also appeared in Anything Goes and Macbeth where he caught the attention of an acting agent in a production of Tess of the d'Urbervilles and started looking for professional roles. In 2008, Robert Pattinson was romantically linked to co-star Kristen Stewart. Paparazzi photographs and eyewitness accounts drove intense media and fan speculation and attention. Stewart officially accepted her relationship with Pattinson for the first time in July 2012, when U.S. Weekly published her photos showing affection with her “Snow White and the Huntsman” director, Rupert Sanders. The day the photos were released, Kristen Stewart issued a public apology to him at People Magazine. After dodging the question repeatedly, in July 2014, he confirmed in an interview with Esquire UK  that he and Stewart had split in 2012.

In September 2014, Robert Pattinson started dating singer FKA Twigs and was engaged from April 2015 to October 2017, and now they are far from each other.