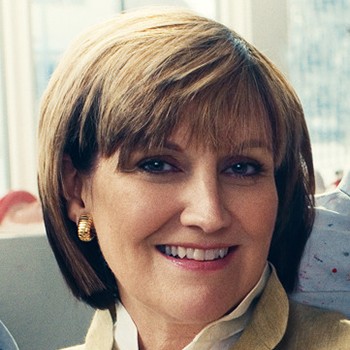 Susan Alice Buffett is one of the active American philanthropists and is the daughter of Warren Buffett. Despite of coming from the wealthy family, Susan is best known for her active charitable works and for handling the prestigious positions in numerous organization. The 63-year-old, Buffett is one of the nation’s most powerful philanthropists. She serves herself as the chairman of three big charity organization including Sherwood Foundation.

Buffett is also the chairman of her own Nebraska-based and oriented charity devoted to public education and poverty alleviation. Simultaneously, she is also the chairman of Susan Thompson Buffett Foundation which deals with Women’s health issues. While it is the largest organization of the Buffett charitable groups with the total assets of over $4 billion. In the contrary, she also handles the Buffett Early Childhood Fund, focused on early childhood education for low-income families. In the other hand, she is on the board of directors of numerous non-profitable organization including Girls incorporated and the Bono-led, African-focused foundation One.

Though Susan has been active and covering crucial sectors like Children, Education and family issues, she has also actively involved in other several causes. She has also shown her respect and interest in causes like Debt, AIDS, Trade, Africa, a non-governmental organization dedicated in improvements of Africa and African people.

Susan Alice Buffett was born in the year 1953, July 30 in Omaha, Nebraska. Susan famous with short name Susie is the eldest child of Warren Buffett and his first wife Susan Thompson Buffett. Warren Buffett served himself as billionaire businessman, investor, and philanthropist. Susan parents separated in the late 1970’s while they remarried and remain together until her mother died in the year 2004. Susan mother was diagnosed with Oran Cancer and had to undergo several surgery, radiation therapy, and facial reconstruction. She died at the age of 72 after suffering from a cerebral hemorrhage. Buffett shared her wedding knot with Allen Greenberg (husband), a lawyer for Public Citizen in the year 1983. The pair met for the first time in Washington. After years of marriage and with lots of hurdles, the pair ended their relationship in the year 1995.