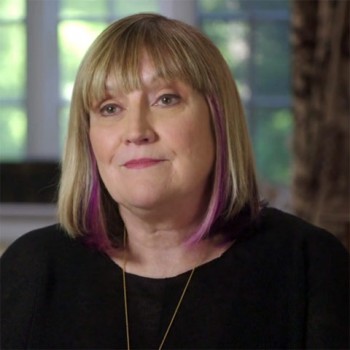 Susan Thompson Buffett was the first wife of billionaire investor Warren Buffett. Thompson was the director of Berkshire Hathaway, an American multinational conglomerate holding company known for its control and leadership by Warren Buffett. She owned 2.2 percent of the company stock, which was worth $3 billion in 2004. She had an estimated net worth of $5billion before her death. The deceased philanthropist was also active in abortion rights, civil rights, and population control causes. Likewise, Thompson was also the president of the Buffett Foundation. The reputed organization has contributed millions of dollars to education, medical research, population control and other notable charities. Besides, Mrs. Buffett was highly recognized for her progressive views and philanthropy.

Susan Thompson Buffett was born on June 15, 1932, in Omaha, Nebraska, US. She graduated from Omaha Central High School. She later attended Northwestern University, where she met Buffett. Susan tied her wedding knot with Warren Buffett in 1952. In 1977, Susan, an occasional cabaret singer, moved to San Fransisco and left Warren to pursue her singing career. The pair amicably separated in 1978 but remained married until her death in 2004. Despite not living together, the pair used to see each other frequently and even attend numerous occasion together. More surprisingly, Susan introduced Warren to Astrid Menks, his current wife, in 1978. Susan and Warren have three children, namely, Susan Alice Buffett, Howard Grahm Buffett and Peter Buffett.

In 2003, Susan was diagnosed with Oral cancer. She then underwent surgery, radiation therapy and facial reconstruction. During her recovery, Warren flew from Omaha to California every weekend to see her. This was the time when Warren and Susan donated $6 million to five California doctors for the study of oral cancer. Later, Susan recovered enough to attend the annual shareholder’s meeting of Berkshire Hathaway in May 2004. She even attended her granddaughter’ Nicole's graduation. Unfortunately, she left the world at the age of 72 after suffering a cerebral hemorrhage during the summer of 2004 in Cody, Wyoming. Reportedly, she left around $50 million to her children's charity. Nevertheless, her children received $10 million each and grandchildren received $100,000 each. Likewise, her friends and employees also got substantial sums, including John McCabe gaining $8 million and Ron Parks gaining $1 million. Last but not the least, all of her Berkshire Hathaway shares were left to the Buffett foundation, which was later named Susan Thompson Buffett Foundation in memory of the deceased philanthropist.