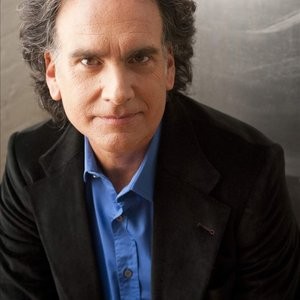 Peter Andrew Buffett is an Emmy award-winning musician and New York Times best-selling author. The American national has also enjoyed a widening range of accolades as a composer and producer. Nevertheless, he is also a well-known philanthropist. He has focused his philanthropic interest enhancing global equality. Buffett is also a critically acclaimed author of the bestseller book “Life Is What You Make It: Find Your Own Path to Fulfillment”. Meanwhile, he also regularly contributes to Huffington Post. Andrew is the youngest child of billionaire investor Warren Buffett and deceased billionaire socialite and right activist, Susan Buffett. If you don't know, Warren Buffett is currently the second richest people in the world.

The 56 years old Peter is an Emmy award-winning musician who has been active in the industry for more than 30 years. Peter started his musical career in early 1980's in San Fransisco, living in a small apartment. Then, he used most of his funds expanding his recording equipment, and most of his time playing piano, writing tunes and experimenting with electronic sounds. Later, he gave a classified ad in San Francisco Chronicle, offering to record all comers in his studio. Finally, in 1981, his neighbor introduced Peter to his animator son-in-law, who was working on creating a 10-second logo ad for a newly started cable channel, now known as MTV. Peter then worked for the project and the rest is history.

Indeed, Peter has successfully set his own path despite being the son of a multi-billionaire. At the age of 19, he just received $90,000 inheritance from his billionaire father. His father Warren was against spoiling the kids. Peter used the money to sustain his music career when he dropped out from the Stanford University.

When I turned 19, I received my inheritance—proceeds from the sale of a farm, which my father converted into Berkshire Hathaway stock. At the time I received them, the shares were worth roughly $90,000. It was understood that I should expect nothing more. So—what to do with the money? I was a student at Stanford University; there were no strings attached. Fortunately, I'd had the advantage of seeing my older siblings burn through most of their cash; I didn't want to follow down that path. At the other extreme, I might have done absolutely nothing with that stock—just left it in an account and forgotten about it. If I'd picked that option, my shares would now be worth around $72 million. But I didn't make that choice, and I don't regret it for a second. People think I'm either lying or crazy when I say this, but it happens to be true, because I used my nest egg to buy something more valuable than money: I used it to buy time. -From Peter's book Life is What You Make It: Find Your Own Path to Fulfillment

Later, the new-music recording company, Narada Productions, gave Peter a recording contract. In 1987, Buffett and Narada released his first album titled "The Waiting." Now, fast-forwarding to 2017, Peter has 17 diverse albums to his name. The versatile Peter not only a successful author,  producer or musician, he is also an active philanthropist. He is the co-founder (along with his wife) of Novo Foundation, which has been voicing to end women violence and encourage women empowerment in the world. In addition, the Foundation inspires teenage girls and children to gain academic success. Nevertheless, his father Warren has donated 1 billion to the philanthropic causes that Pere has undertaken.

Peter Buffett was born on 1958, May 4 in Omaha, Nebraska, U.S. Buffett is the youngest son of multi-billionaire investor Warren Buffett and billionaire right-activist Susan Thompson  Buffett grew up with his two siblings, namely Susie and Howard. Peter graduated from the Omaha Central High School and later attended Stanford University. Buffett first tied his wedding knot with Mary Buffett in 1981. Peter and Mary ended their relationship in 1993. He has twin daughters with Mary. In 1996, he tied his second wedding knot with Jennifer Buffett.