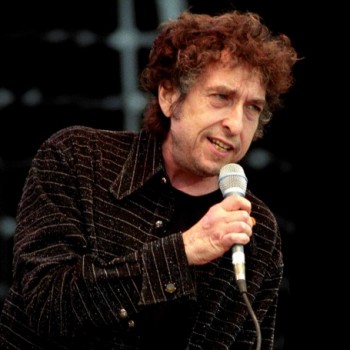 Bob Dylan, a 10 times Grammy Award winner who is a popular singer-songwriter known for his works since the '60s is out here. He withstands a huge net worth of $200 million.

How did Bob Dylan collect a net worth of $200 million? Know about his sources of income here:

Bob has been providing music with heart-touching and motivating lyrics since the '60s. No doubt in that, Bob's main source of income is music.

He is also an author and visual artist so, these professions also surely add to his bag of fortune. Down here is the figures that Bob Dylan collected from his albums:

How did Bob Dylan start his professional career? Know about his career highlights here:

With the interest in music from highs school, Bob started playing at clubs since the age of 20. He was in several bands and also played harmonics of Carolyn Hester's third album.

He released his self-titled debut album in 1962 after signing to Columbia Records. Since then he has released around 32 major albums till the date.

His songs Blowin' in the Wind released in 1963 and The Times They Are a-Changin' released in 1964 went to become the anthem of the Civil Rights Movement and anti-war movement.

Bob Dylan as an Author:

Bob has introduced himself as a successful author also. He released his first book titled Tarantula in 1971. Then, his second book, Writings and Drawings by Bob Dylan was released in 1973.

To mention, he has released five other books. He has also released eight books till the date, Mondo Scripto being the latest one released in 2018.

Where and when was Bob Dylan born? Also, know about his education here:

Bob was born with an original name of Robert Allen Zimmerman on May 24, 1941, in Duluth, Minnesota, to the parents, Abram Zimmerman, and Beatrice Stone. He has a younger brother also.

Robert went to Hibbing High School where he formed several bands also. Later in 1959, he attended the University of Minnesota but dropped out of his first year.

How many times did Bob Dylan marry? How many children does he have? Know about his personal life here:

In the early '60s, Dylan had a relationship with an artist, Suze Rotolo. It was his first serious relationship which ended later in 1964.

Bob and Sara Dylan along with their children

Dylan also had a short relationship with a singer, Joan Baez. But in 1965, Bob married a model, Sara Lownds. They had four children altogether. And they divorced in 1977.

In 1986, Dylan married his backup singer, Carolyn Dennis. They had one daughter together. However, the couple divorced in 1992.

He rarely does but loves to do.

As his Twitter account shows a total of 340K followers and he has made only 634 tweets till the date.

Likewise, he uses Instagram also. It has got around 209K followers and he has made 124 posts so far over there.

In addition, Bob Dylan owns a YouTube Channel with around 444K subscribers and more than 296 million video views.